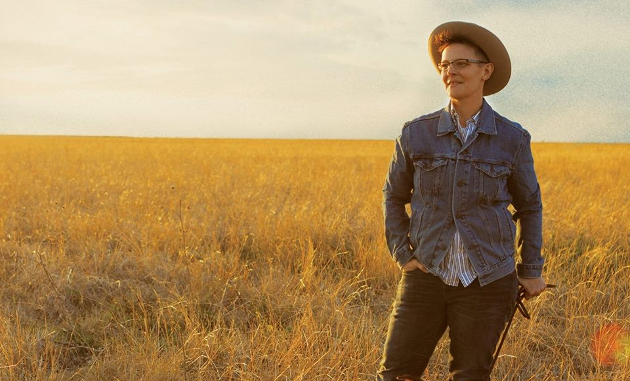 If you head to Austin, TX with your ears perked to partake in the sounds of the Live Music Capital of the World, you don’t just want something “weird” for weird’s sake like the town so loves to promote. Sometimes just plain weird leaves you wanting if there’s no substance behind it, especially as a traditional country music fan. Instead you want something real, along with something unique and unexpected. Nothing is more fulfilling to a true music fan than making a discovery of great music that lives under-the-radar. And if you walked into a bar and heard the voice and songs of Emily Herring emanating from the stage, you very well might find yourself affixed your next favorite artist.

An auto mechanic by day, and a singer, songwriter, and bandleader by night, Emily Herring has country music resounding deeply in her soul, and might be an ideal example of the embarrassment of riches that Austin holds in the talent department that often goes so completely and criminally unbeknown to the outside world. Originally from Houston, she first found the beauty in country music when her parents divorced, and her mother relied on the music to make it through. Herring now lives just south of Austin in San Marcos, and can be caught playing some of Austin’s famous honky tonks such as The White Horse on a regular basis.

Emily Herring is one of these old soul types so lost in modern times, the sounds and modes of traditional country beckon to her, becoming the lifeblood of her spirit, and the wellspring of her artistic expression. Herring first received attention with her 2013 debut Your Mistake, showcasing her traditional, yet distinctly unique dialect of country music. Where so many of the neotraditionalists today are almost purely reared on the influences of the honky tonkers or Outlaws, it’s more of the Western Swing vein that comprises the foundation of Emily Herring’s approach. 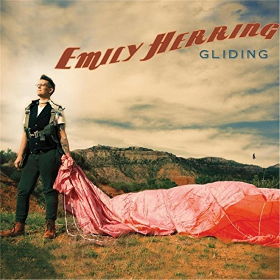 And why not, when you’re surrounded by all those Western Swing influences in Austin? When Herring decided to make her new record Gliding, she could call on the legendary Redd Volkaert to play lead guitar, Steve Fishell of Emmylou Harris and Radney Foster fame to play pedal steel and produce, put it all together at Ray Benson’s Bismaux Studios, and that classic, authentic Western Swing sound is baked right in.

But Emily Herring shouldn’t be considered exclusively a Western Swing performer. Though a few tracks would beg to differ, it’s more appropriate to call her Western Swing influenced. Overall, the impression of Emily Herring and Gliding is much more individualized than any one country subgenre. In fact listening to the opening title track, you may find yourself a little worried she has gone a bit more contemporary than you might wish. But when she leans into an incredible original Western Swing tune like “Balmorhea,” or the hard-stomping honky tonk tribute “Last of the Houston Honky Tonk Heroes,” all of a sudden you hear why Emily’s contemporaries in Austin sing her praises.

Some of Emily’s best songs are when she takes those old school influences and expounds on them with her own individual experiences, like she does in the sweet, waterfalling melodies of “Best Thing I’ve Seen Yet,” or in the pining of “Yellow Mailbox.” Still, some will gravitate immediately to some of Herring’s classic covers, like the blazing take on “All the Millers in Milwaukee,” or Commander Cody’s “Semi Truck.”

Making Gliding that much more personal was the passing of Emily’s mother during the final stretch of production, bringing Herring’s country music experience full circle, and instilling an even greater sense of love and purpose into this record, and specifically encapsulated in the song “Right Behind Her.”

Like so many of the musicians in the Austin area, Emily Herring can’t make her way full time just on the music. It has become too expensive to live in the area, the gigs for more traditional artists not named Dale Watson are a little too far between. But it’s people like Emily Herring who make country music for all the right reasons, and none of the wrong ones. They do it because someone has to keep the flame of country music burning through the tough times, just like country music helps keep the fire burning through the tough times within us.