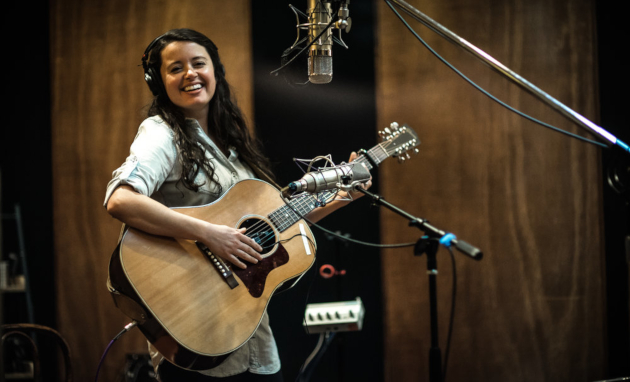 From North Carolina, singer and songwriter Emily Scott Robinson has released a remarkable work of cutting autobiographical stories mixed with brilliant works of fiction that even from this early perspective in the calendar year can confidently be presented as one that will challenge for one of the best collections of songs released in all of 2019. With stunning insight, masterful use of character and setting, and tastefully sparse but complete and fulfilling arrangements, a journey through Traveling Mercies makes you a changed human with lessons learned, perspectives expanded, and moments cherished, not dissimilar to the experience of taking a long road trip across the country following a loose itinerary of friends to visit and places to see.

First releasing an 8-song collection of acoustic songs called Magnolia Queen in 2016, Emily Scott Robinson appeared on the radar to many of those who seek to be emotionally devastated by songwriting in the country and roots realm. As auspicious of a start as it was, Magnolia Queen was also a little too short and austere in production to be more than a primer. However Traveling Mercies is nearly perfect in its length, scope, and arrangements, announcing Emily Scott Robinson as an important songwriter of our time, and one where the attention of the country and roots music community should be focused, and dwell.

A travel record at heart, with stories that enchant your perspective similar to the heightened senses that speeding down the highway and taking in new scenery imparts, songs like “Westward Bound” and “White Hot Country Mess” make for enjoyable listens. But this is just the canvas that Emily Scott Robinson stretches taut to create space for her most brilliant master strokes of expression, including in moments where her songwriting becomes so cutting, cunning, poignant, and resonant, it’s only fair to characterize it as authoritative in quality.

For many devoted music listeners, songs from their most beloved artists commonly go on to become the delineating guideposts for momentous moments in their lives. Whenever they revisit a song, it immediately gives rise to the memory of the breakup, the new love found, the nerve-racking move across country or career change, or the death of a loved one that paralleled the song’s introduction into their lives. For the artists who actually compose these songs, this phenomenon is even more pronounced and emotionally intimate as they bare their souls and most personal experiences for all the world to behold and interpret as they wish. It is their deepest personal moments set to music, with maybe some allegory mixed in or names changed to protect the innocent. At least, this is usually the mark of the best, most haunting selections from an artist’s body of work. 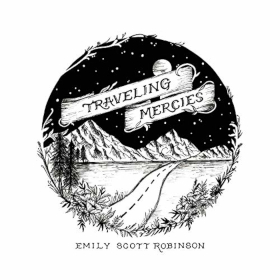 In the case of Traveling Mercies, it feels like Emily Scott Robinson has composed an entire record of these conveyed intimacies, from the quiet desperation and fading hopefulness of the traveling and couch-surfing musician in “Borrowed Rooms and Old Wood Floors,” to coming to the conclusion that your best will never be good enough for some in the “Pie Song,” to the the tragic recount of an unwanted sexual episode in “The Dress,” to the death of a grandparent in “Overalls,” the listener has no need to suspend disbelief or to ask for help connecting the dots when it comes to the songs of Emily Scott Robinson. In an economy of words and sounds, she conveys as many details as necessary for you to walk in her shoes, or the shoes of her characters and feel the full breadth of their experience. Even in the story of a Native American assassin called “Shoshone Rose,” it feels less like fiction, and more like a previous life Emily Scott is singing about through seance.

But words are just one dimension to music. In the case of Emily Scott Robinson, it’s also the simple, but luscious guitar melodies and the chord movements that really charm the emotion out of each verse, and send these stories soaring on waves of compelling virtue. This album doesn’t request your quiet attentiveness, it imposes it through its efforts. Some of the songs are just Emily and a guitar, but only when such an arrangement is called for. Similarly, smart accompaniments are layered upon with care. It’s a quiet album, but one that roars for your attention, and is just as fair to call country as anything, though it’s appeal will stretch well into the roots and Americana realm and beyond.

Traveling Mercies is not a concept record, but it has the same enveloping effect of one in the way the travel notions bind the songs together, how the songs score such an emotional impact, and how all the efforts equal something greater than the sum of their parts. Those concerned about the social issues facing women should take note on how the songs “The Dress” and “Run” go so much further in conveying a message than simple anger or assertion threaded into melody and rhyme. On a record where accessibility and the need for a breather from such heavy moments is necessary, “White Hot Country Mess” works great in this capacity.

Not dissimilar to how you often recall your most warmest or touching memories in quiet moments of reflection, an open heart will entrust similar moments to pondering the stories of Traveling Mercies. Because in an era full of noise and ever-present distraction and priority, this is an album worth slowing down for, reflecting upon, and cherishing fondly.