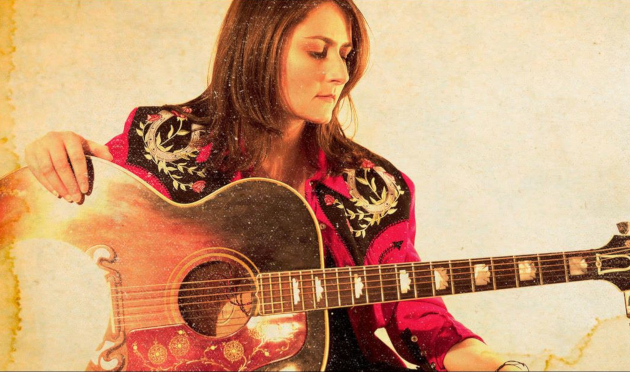 Similar to other highly-regarded behind-the-scenes songwriters like Lori McKenna and Natalie Hemby, Erin Enderlin has been feeding incredible songs and co-writes into the country music biosphere for years now, earning credits with folks like Randy Travis, Alan Jackson, and Bill Anderson. When you want to record one of those absolutely devastating country music tearjerkers that holds back nothing and mercilessly goes to work on the audience’s emotional receptors, the songbook of Erin Enderlin is where you turn.

This is where Reba McEntire looked when she selected “The Bars Getting Lower” for her last record, or Lee Ann Womack when she recorded “Last Call” in 2009. If you see a pattern emerging here already, that’s because Erin Enderlin specializes in putting the most terrible-feeling moments in our entire lives to music, where regret, heartbreak, and self-loathing come straight to the surface, and aren’t shielded in any useful capacity by the short-lived joy that may have been experienced the night before. And unlike some other songwriters whose yield is probably more suited to file in the “Americana” section of your local music store, Erin Enderlin’s output is pure, unadulterated traditional country.

Slowly but surely emerging from the songwriting shadows over the last few years, Erin Enderlin is now more poised than ever to enjoy her own opportunity at center stage, and sets the table for this emergence in the new album Faulkner County. Produced by Jim “Moose” Brown and Enderlin champion Jamey Johnson, the record pulls out all the stops, calls upon an impressive cadre of harmony singers and co-writers, and creates the country music equivalent of a cardiac stress test. There’s no cutting the whiskey with water in this joint. 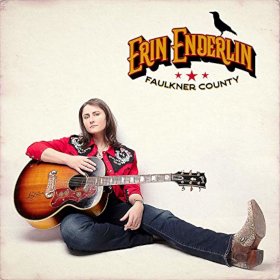 If you think just the titles of “Whatever Gets You Through The Night,” “Tonight I Don’t Give A Damn,” and “Use Me Again” are enough to get you whimpering, wait until you hear the songs themselves. Anything any more heartbreaking would have to come with a warning label, or would be considered the equivalent of country music masochism. Then Erin Enderlin arguably crosses that line in the crushing moments of “Broken.”

By then hopefully you’re at least prepared for the power of emotion an Erin Enderlin song can evoke, and are steeled to endure “Hometown Jersey,” which might be the most hurtful of them all. Only a few seconds in, and you know where this song is headed—not from the cliched nature of the songwriting, but in the way you know that Erin Enderlin shows no mercy, and there’s rarely a rosy ending. You look left, and you look right, just to ensure nobody’s looking at you in case the waterworks start flowing, and then you listen and await the pain.

And through all of this, the music behind these songs is the textbook definition of “country.” Where so many artists these days seem to complain how country music is constricting, Erin Enderlin is one of those artists who holds the line and doesn’t waver when it comes to paying her country roots forward and putting the steel guitar out front. Along the way, she elicits the help of others who also hold to that strict country line, including Cody Jinks, Dillon Carmichael, Vince Gill, and Alison Krauss who all sing harmony on this record.

The second half of Faulkner County does offer a little respite from all the heartbreak, as Enderlin delves into some more familiar songs written by others. But the quality of the songs and moments remains static. “A Man with 18 Wheels” written by Bobby Carmichael and Leslie Satcher, and recorded by Lee Ann Womack comes right when you don’t think you can take any more of an emotional pounding. The old standard “Old Flames ( Can’t Hold a Candle To You),” and “Sweet Emmylou” made popular by Joey + Rory make appearances. And “These Boots” co-written by Enderlin gives a great personal touch to this touching and personal album named after the county where Enderlin grew up in Arkansas.

Erin Enderlin songs cuts so deep, they should probably given them their own subgenre. They’re in a class all their own, categorically more potent that your average country music tearjerkers. She’s been helping to keep country music sad on the records of others for years now, while releasing music on her own in relative obscurity. Hopefully Faulkner County will be her moment to soak up some of the worthy spotlight herself.