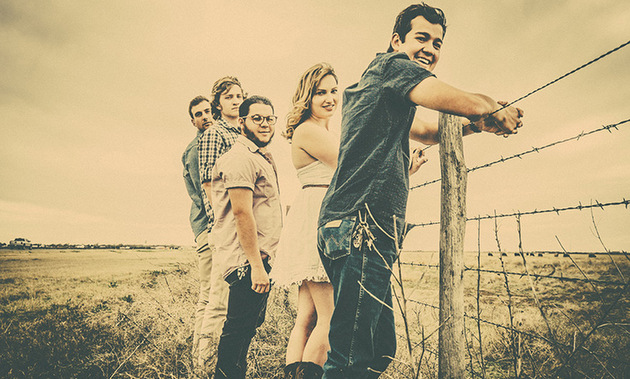 Oh, so you want to be the next hot band in the Texas country scene? Well that’s cute. So you got your heart broke once and wrote a couple of songs, then convinced a few of your friends to hang out in a garage after work and hash them out. But this isn’t L.A. and it’s not even Nashville. If you want to make it with the heavyweights who’ve logged hundreds of trips back and forth across the Red River, you have to bring it, and bring it hard.

If you crave notoriety in Texas music, you better take to writing songs that can make folks dance one moment, cry the next, and would get Townes Van Zandt to crack a smile. You better instill your songs with those gritty, real world experiences indicative of Ray Wylie Hubbard. And I’m not just talking about a handful of them. You must field and entire album and live set’s worth of songs that steal listener’s attention without a slacker in the bunch. You slip up, and there’s a bevy of thirsty pickers and writers right behind you ready to take your place, and you’ll be judged every moment by how you hold up against the catalogs of contemporaries like Evan Felker of The Turnpike Troubadours, Cody Jinks, and William Clark Green, as well as present-day legends like Randy Rogers and Wade Bowen, and founders like Joe Ely and Jerry Jeff Walker.

You better be a master of your instrument, but you better also know not just how to move your fingers, but how to make the melody of a song sound like divine harmony to awaken the angelic choirs of the brain. The songs from the top Texas artists are not just a way to pass the time, they’re the wings of stories that will take listeners to somewhere well beyond the methodical drone of their everyday lives. In short, you better have the ability to change people, mend hearts, and make grown men weep, or you might as well go home.

And you better have a fiddle in your band. 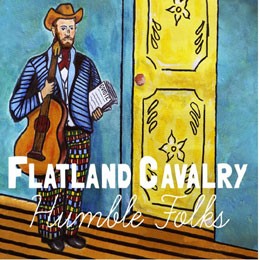 There’s a lot of flat land in Texas and beyond, but nowhere is the land as flat as it is on top of the Llano Estacado stretching between Lubbock and Amarillo in the west Texas panhandle region. Beaches may inspire romance like none other, mountains may uplift with their majestic vistas, the vast lakes and dense forests may create wonder in the beholder, but it’s the emptiness of the Texas plains that have charged songwriters for generations now to fill that void with words and song, to try and impart to listeners the lonesomeness one feels when surrounded by nothing, and what it means to have something that seems so bereft of obvious beauty mean everything to you.

The latest to take up their little musical instruments and songwriting tools to the task is the Lubbock-based country band Flatland Cavalry. Young, fresh-faced and hungry, they’re looking to carve their own little spot out in Texas music and beyond for fans that that don’t just want to hear, but listen. “Easy on the ears, heavy on the heart” is how the group presents themselves, and this is probably a fair representation of their first full length album Humble Folks. Comparisons to the Turnpike Troubadours, where you have weight in the songwriting, but harmonious appeal in the music, are probably fair as well, making for songs that are both sensible and substantive, and can draw large crowds from resonating with a wide range of country listeners.

If anything, Flatland Cavalry may cut a little too close to what makes the Turnpike Troubadours special, docking this new project some initial points for originality. The way that Flatland Cavalry leans on the fiddle, and offers up heartfelt stories of life and lost love could almost make you think you’re listening to a forgotten Turnpike album, if the voice only sounded more like Evan Felker.

But the singer and songwriter is a cat named Cleto Cordero, and he started the band a few years back with roommate and drummer Jason Albers. They added Jonathan Saenz on bass, Reid Dillon on electric guitar, and a fiddle player named Laura Jane, and Flatland Cavalry was born. It always adds a layer of legitimacy to a band when a female is involved, and the fiddle melody of Laura Jane is very much where the sound of Flatland Cavalry springs from. And ultimately, if they sound like the Turnpike Troubadours, is this such a bad thing?

They still have a little work to do though. They need to decide who they are beyond Turnpike Troubadours fans. What is Flatland Cavalry’s unique sound and spin on country music that will inspire others to attempt to recreate the magic they make?

Texas country and Red Dirt have just as much fat to trim and phonies as mainstream country does. But what distinguishes this music is its ability to not just convey words and song, but an indescribable feeling that is indicative of a specific region, yet speaks to many people across the United States and beyond. The words and music are not enough. You have to include that feeling, that soul that either have, or you don’t. Flatland Cavalry has the songs, and it also has the players. But most importantly, it has that Texas soul so many stretch to attain, yet few capture. And this makes them a band worth listening to now, and watching for in the future.