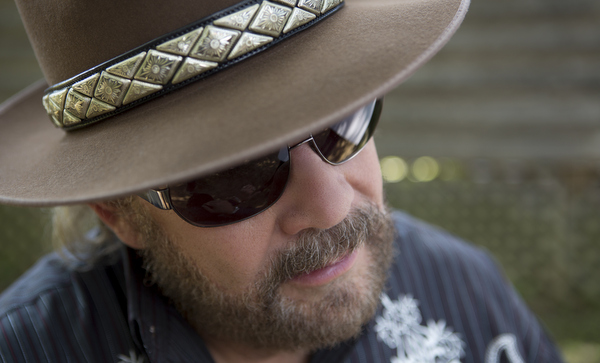 Despite all the awards and sales numbers, Hank Williams Jr. still might be one of the most under-appreciated artists in the history of country music. Blame living in his father’s shadow, or the propensity for his most blustery and bellicose songs to be the ones that have gone on to define his career. But back in the day, Hank Jr. performed and wrote some incredible material that has and will withstand the test of time. He’s way more than just a head floating in the middle of a Confederate flag, or the Monday Night Football guy.

There’s a ton of great records from Hank starting the the late 70’s all the way up to the early 90’s that country fans will be pulling off of shelves for years to come when they’re looking for some good country music with a rock and roll kick, and if I had a vote I would induct Hank Williams Jr. into the Country Music Hall of Fame in the Modern Era category yesterday.

But It’s About Time adds nothing to Hank Jr.’s legacy. Unlike his last album, Old School, New Rules, it doesn’t take anything away due to overreaching ultra-politicization or anything; it’s more just a case of superfluousness, despite Hank himself saying this is his “best ever.” There’s nothing really new or remarkable here. Listen to it if you want, but you probably won’t listen to it again. With so many other great Hank Jr. records and songs out there, why would you?

It’s About Time is Hank Jr.’s debut on Big Machine Records’ NASH Icon imprint. What once seemed to be the strategic key to relaunching aging talent onto mainstream radio has ostensibly stalled amid Scott Borchetta’s partners in the venture—Cumulus Media’s Dickey Brothers—being deposed from their posts of power, and most of their “NASH” ventures now in limbo. Having Hank Jr. in Borchetta’s stable does score another symbolic win though. Along with Tim McGraw who also calls Big Machine home, Borchetta has successfully stolen both of Curb Records’ biggest bread winners over the years away from the once mighty Music Row monolith.

This album is not lacking from a shortness of effort. If anything, the effort here is too much. Just like the first single—a remake of Waylon’s version of Neil Young’s song “Are You Ready For The Country”—the music of It’s About Time is busy, boisterous, and leaves no room to breathe. Nearly every song on the record is scintillated with a horn section and Gospel chorus, which may be welcomed in certain contexts, but when the production is already leaning on screaming guitars and layers upon layers of overdubbed studio embellishment, by the end of each song you feel like your head’s been in a blender. At times you can’t hear the vocal track, not because it’s buried in the mix, but because the song is so damn busy, and everyone is trying to play over each other and grab any bit of the attention, the words barely peek out of the audio jungle.

Hank Jr. also poses some confusing contradictions on It’s About Time. In the song “Dress Like An Icon” written by Hank himself, he puts himself in this role as sort of a shallow-minded life coach, shouting at folks about how they should puff their chest out and be somebody, including dressing like an “Icon”—something that’s also referenced on a hat Hank’s been wearing recently with big gold “ICON” letters across the front. But then in “Just Call Me Hank,” another solo write, he says, “Don’t call me an icon, don’t care about the Hall of Fame.” Okay so which one is it? Also in the song “It’s About Time” Hank says, “‘Cause we’ve had enough of this weird pop country sound,” yet the album ends with Jr. teaming up with Brantley Gilbert and Justin Moore on a new rendition of “Born To Boogie.” Along with a new, unnecessary version of “Mental Revenge” and “Are You Ready For The Country,” this album boasts a lot of retreads.

Though It’s About Time is not a political album like Hank Jr.’s last one, he still can’t resist the urge to go in that direction in a couple of songs. It’s most evident on the fear-mongering “God and Guns,” where Jr. paints a world where politicians would confiscate all firearms and ban all religious practice if it wasn’t for folks like him who promise to stand in the way. The end of this song is an audio evisceration, and marks probably the hardest rocking moment in Rockin’ Randall Hank’s career—so hard it may even make his “Are You Ready For The Country” duet partner Eric Church wince from going overboard. 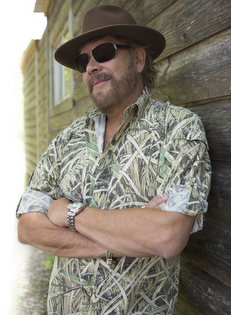 Barely a song goes by without Hank interjecting these bits of self-assuring bluster in between verses, like when he starts chanting “U.S.A. ! U.S.A.!” in the song “Club U.S.A.,” or out of nowhere (and for no reason) says, “My name is Booo Cephus!,” or starts quoting his own song lyrics from previous hits in the spaces supposed to be reserved for lead instrumentation, lending again to the busyness of the entire project. More times than not in It’s About Time, Hank Jr. is shouting instead of singing. In between most songs are additional snippets of studio banter, mainly Bocephus praising himself or the band for kicking ass. They end up being one of the few organic moments on the record, though some of them sound canned and rehearsed.

But all of this is what we’ve come to expect from Hank Jr. over the years, and furthermore, it’s what his hardcore fans want. Some fans and critics may wax nostalgic about songs like “All in Alabama” back when Hank showed a more heady and sedated side, but it’s probably the majority who want the kickass version of Hank these days. That’s also the version who converted countless rock and Southern rock fans into the ranks of country. Hank’s modern day caricaturist disposition is partly to blame on the public.

It’s About Time does have some decent moments too. The title track tries to say something, even if it slightly falters. At the heart of “Just Call Me Hank” is something sweet, just like all of Hank Jr.’s songs over the years that call back to his father. And possibly the best song on the album is the reminiscent “Those Days Are Gone,” which is one of the few songs that gives the horns and gospel chorus a rest, and just let’s the song breathe and say something. “Wrapped Up Tangled Up in Jesus” was one of the few songs where all the overproduction was probably appropriate, but your ears are so worn out by then, and Hank’s approach to the songs seems a bit lost, it’s hard to give it a chance.

This is not a bad record, unless you weigh it against all the great efforts Hank has released over the years. It’s more just something you will probably listen to once or twice, and be stimulated to go back and listen to one of his better records from back in the heyday. It’s questionable how much Hank’s heart is in this anymore. He plays maybe 8 to 14 shows a year, and would rather be fishing and hunting than anything, just like many of his fans. And that’s why they love him. But not having the heart for music except a few weeks a year rarely lends to memorable effort in the studio, and It’s About Time isn’t memorable at all.