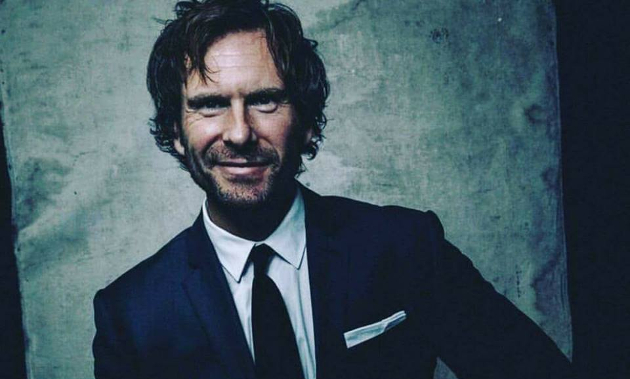 What the hell are you listening to right now, some 25-year-old Travis Tritt record that you’re trying to wring the last few drips of entertainment value from while starring at your same tired old record collection? What the hell man, don’t you know that Moot Davis just released a new one?

Part rockabilly maven, part honky tonk shit kicker, part heroin-era Rolling Stones Sticky Fingers revivalist, for going on 16 years now the moniker ‘Moot Davis’ has been synonymous with the top shelf of cool in the underground country and roots scene with those smart enough to know where to look to find the best stuff that the mainstream doesn’t want you to hear about, and holds up through repeated spins.

Moot is just as important to the formation of underground roots as just about anybody, and specifically in the Northeast where he’s been swimming upstream for years trying to convince the locals on the virtues of the honky tonk sound and the moan of the steel guitar, and succeeding through his infectious grooves, vintage songwriting chops, and smooth, effortless style. With a name like Moot, you better be on point. And he is. And with folks like Greg Garing, Moot helped plant the seeds of a scene in the New York region that we’re now seeing Zephania Ohora and other New York country bums sprout from. 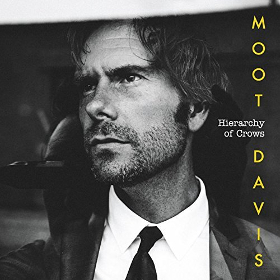 Moot’s latest incantations are bundled together and packaged under the title Hierarchy of Crows. Recorded in Hollywood, California over the last few years when Moot had time off from the road, the record finds Moot with a decidedly heavier sound than his previous efforts, flirting with that line between rockabilly and straight up rock, and at times inching his big toe just every slightly over it, but never to the point where it puts the roots revivalist spirit of his music in peril.

They say that harder times call for harder music, and that’s what you get with a large gaggle of tracks from Hierarchy of Crows, including the first two cuts, “Here Comes The Destroyer” and the murderous “Quite as Well As You Lie.” A smooth, mod, yet unpretentious style of rockabilly is at the foundation of everything Moot does, but what makes him unique is his ability to contort himself into certain other personalities and moods at a moment’s notice, and sometimes even in the same cut.

Moot’s got a Mick Jagger swagger he can call upon if so inclined, like in the album’s third track, “Shot Down In Flames.” Then he’ll get this smooth, almost Dwight Yoakam vibe working, like in the cowpunk-inspired “Never Cross Your Mind.” Don’t let all the talk of rock and rockabilly dissuade you from taking a deeper gander at Moot just because you fancy yourself a country fan first and foremost. The Yoakam-esque “What’s The Matter With Me” and “You’re Gonna Win (I’m Gonna Cry)” will win over just about any country fan worth their water.

One of the remarkable things about the career of Moot Davis is how good he is, but how much he flies under the radar. Perhaps he’s just not savvy at promoting himself, or maybe he’s focused more on getting his music into movies, of which he has quite a few credits to his name, helped along by his chameleon’s ability to shape shift into whatever mood a situation calls for.

It’s probably fair to say Hierarchy of Crows is more a collection of quality and entertaining songs than some cohesive, deep dive full of introspective songwriting that’s all the rage in “Americana” these days. It’s good throughout, but perhaps never finds a superior moment. It’s a fun record, fast-paced, good for a road trip, perfect for summer, and grabs your attention with quality songs, solid production, and a potent dose of old school roots power.