Album Review – “Iron Mine” by the Ugly Valley Boys 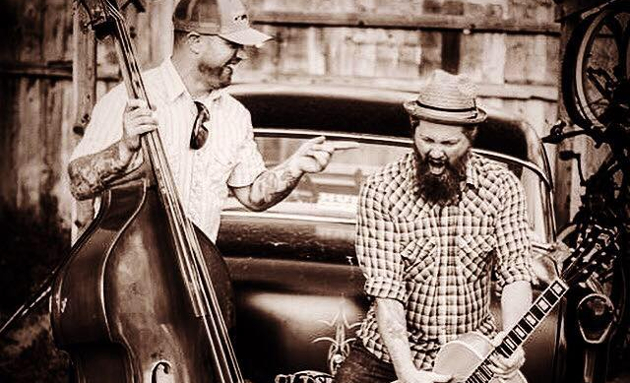 From the lowly and remote outpost for underground country that is Salt Lake City, amid the spires of Latter Day Saints churches and the shimmering mountains cutting into the sky, you will find two old souls by the name of Ryan Eastlyn and Braxton Brandenburg, known collectively as the Ugly Valley Boys.

It’s a strange place to find purveyors of stripped down country blues played 2-piece style, but listeners to the Ugly Valley Boys span well past Salt Lake’s city limits—they leap international borders. They may be few in numbers, but they Ugly Valley Boys fans count themselves as firm believers in the band due in good part to the outfit’s 2011 record Double Down. The self-recorded, self-released affair emerged during the heyday of underground country, and became a cult favorite far and wide from Ryan Eastlyn’s cavernous and enveloping moan, and his ability to pen melodies and choruses that made the most of it. It was hauntingly familiar in its adherence to the roots, yet groundbreaking in its original application of them. And despite seven solid years of attempting to wear Double Down out, it’s hard to still not return to it as a perfect mood setter for a long road trip or a lonely night.

Seven years is a long time nonetheless, but this is not your normal van-bound touring outfit. One of the cool things about the Ugly Valley Boys is their personal stories, as Saving Country Music highlighted shortly after the release of their first album. Their old school, throwback identity isn’t just skin deep, or isolated to their musical pursuits. Singer and guitar player Ryan Eastlyn works building and repairing neon signs for a living—tying him directly to a lot of the inspiration for many a country song. Upright bass player Braxton Branderburg operates an old school barber shop. It was cool enough these guys were employing themselves in these by-gone pursuits when their first record came out. The fact that both have been able to hold onto those passions and still pursue their passion for music through the years speaks to the dedication they have to their craft, and to themselves. 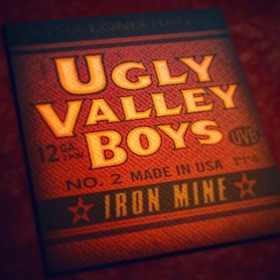 Despite promises delivered shortly after the release of the first album that a new project would be on the way shortly, life must have gotten in the way for Ryan and Braxton. But patience has been rewarded with their newest record for 2018, Iron Mine. Molded very much in a similar approach to their debut Double Down, it once again features the finely crafted songs and voice of Ryan Eastlyn that deserve recognition well beyond Utah, and the rhythmic bass work of Braxton Brandenburg that shouldn’t go unnoticed for it’s vital heart to making the Ugly Valley Boys sound work so well.

Iron Mine is a little angrier than the first installment, and spends a little less time reminiscing, and a little more time in the present tense. Perhaps money problems are one of the reasons this record was so long in coming, as evidenced in songs like “Sideshow” about the value of a man’s labor, and “Turn The Screw” about tribulations with the taxman. Eastlyn sings about the financial woes so many of us face, and in a gritty reality that it’s easy to believe comes ripped right out his own experiences.

The billowy and sweet choruses that marked their previous effort are replaced to some extent with a bit more growl and red meat. Though the Ugly Valley Boys do a great job rendering their two-piece concept with what you can expect to hear when they perform live, they will add a guitar solo here and there in the studio, and on Iron Mine, it tends to be slightly less melodic, and more on the attack. But that soulful moan of Eastlyn, and his ear for melody composition is still where the songs and the sound of the Ugly Valley Boys springs from. A bit of steel guitar also enters into the picture in perfect amounts here and there to enhance a song, yet not define it.

The underground of country music is a tumultuous, tempest-tossed environment where just holding on and surviving is a measurement of success. The Ugly Valley Boys had already done their part by turning in a defining record of the underground legacy in Double Down. And though Iron Mine may not better it, few if any will, while it definitely lives up to the expectations the band has set, and serves starving ears that have been waiting seven years for new interpretations of this unique old sound what they’ve been hoping for.

Purchase Iron Mine from Amazon