Album Review – Jackson Taylor & The Sinners “Which Way Is Up” 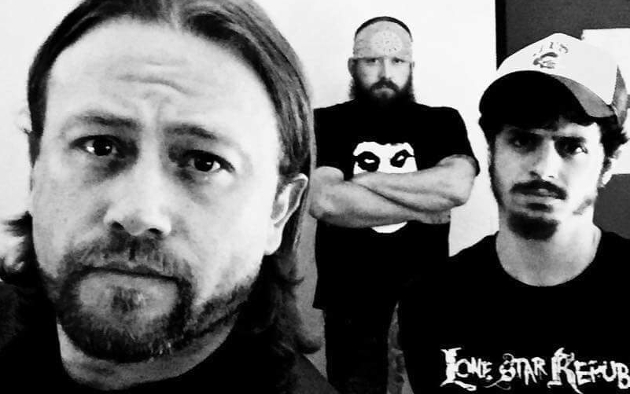 A couple of months ago, the high-toned Garden & Gun magazine ran down a list of what they considered the “New Outlaws” of country music, complete with the embroidered back of a hipster denim jacket introducing the list. Every artist edified in the article is well worth high praise, and hats off to them for showcasing such worthy talent. But I’m sorry, Andrew Combs and Marlon Williams are no Outlaws. About the only one on the list that would be considered Outlaw company would be Whitey Morgan.

Unbeknownst to Garden & Gun and pretty much the rest of the public media, there actually is an entire community of Outlaw country artists who have much more of a rightful claim to that moniker than the many who try to artificially attach it to themselves, or have it attached to them by others. These true Outlaws might not have the right publicists or labels to be featured in glossy, heavy-stock magazines, even if they don’t specifically fly the colors for fear of being lumped in with the Justin Moore’s of the world. But folks like Dallas Moore, Peewee Moore, Rowdy Johnson, and many others are the ones upholding the true values of the Outlaw discipline of country music in modern times.

So is Jackson Taylor and his backing band The Sinners. Taylor is also an honorary member of the Texas country scene, the Southern rock scene, and a few other places love to associate themselves with him because he’s just so damn cool and his music has appeal across the lines of scenes and subgenres. Jackson Taylor and the Sinners have been at this thing for years, and yet they’re so criminally overlooked in music because they don’t fit perfectly anywhere. The band’s virtual obscurity to the outside world is an inside joke that follows them around like a shadow, while they still regularly pack out clubs and can boast a rabid following.

One reason Jackson Taylor and the Sinners have fallen a bit off the radar lately is that they haven’t been pumping out the original music like earlier in Jackson’s career. That doesn’t mean Jackson Taylor and the Sinners haven’t been pumping out releases though. 2014 featured a live album and DVD from Billy Bob’s Texas. 2015 saw Cantina Del Diablo, which was a live studio recording of more stripped-down acoustic versions of previously-released songs. The band also did a similar-style effort of revamped material in 2012 called Bad Juju. 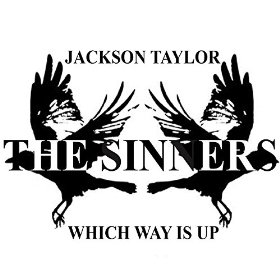 Which Way Is Up is only eight songs long and includes two covers—the Delbert McClinton/Emmylou Harris standard “Two More Bottles of Wine,” and the old Cheap Trick song “He’s a Whore.” But like most every Jackson Taylor release, including the ones of old material done anew, it is worth the effort to acquire. Unlike some of the other true Outlaw artists who can be guilty of being too stuck behind the times or that cut corners on the recording side, Jackson Taylor and the Sinners have an unique attack to their music, bred from a distinctive “chuck chuck” raking of the electric guitar strings that drives the songs and gives the music an energy that is almost unmatched in country.

These guys exude a good time. The second song on the album laments “Sad Bastard Music” and reminds folks the best way to mend a broken heart is to get back on the horse and on with life. It’s a reminder that music doesn’t always have to be deep to be good. It just doesn’t always have to make you feel stupid for listening like so much of the mainstream fun-loving material of today.

A bonus to Which Way Is Up is a Lucky Tubb sighting. The Earnest-related, multi-generational singer has been on his own hiatus for original material for a good lone while, but shows up to sing the appropriate “Everybody Needs An Outlaw.”

Jackson Taylor has a way of slipping a little wisdom into his records in a way that doesn’t ruin the good time, but actually makes you more receptive to it when it takes you off guard. The title track is just about the perfect song for 2016, with its anti-pundit, anti-political stance that doesn’t take itself too seriously, and spells it out like we all need to hear. This leads into “Every Other Weekend,” which is a country music tearjerker really well-written and sung song by Taylor. Jackson Taylor is not just a wise-ass that he appears on the surface. He can back it up with songwriting chops, and really has a sense for mood in songs and the ability to morph his voice to fit it.

Which Way Is Up is a timely record to help get your mind off the turmoil and divisiveness of the political season by reminding you that we all just like to have a good time, and music is one of the best ways to do it.

Purchase Which Way Is Up from Jackson Taylor

Purchase Which Way Is Up from Amazon