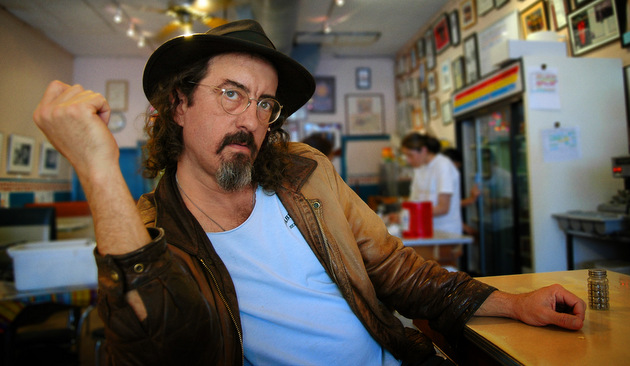 Venturing into ramshackle dive bars and overturning the stones of socioeconomic depravity to unearth the forgotten refugees cast off from the American dream and escaping the enslavement of technology by hammering out livings on the outskirts of society, Texas singer and second generation writer James McMurtry pens odes to the marginalized inhabitants of the margins, meticulously chiseling out curvatures with such intimate understanding and attention to detail that he eventually reveals canonized demi-heroes of everyday forgotten life tied to the land and living like prose in their tacked together existences while the masses speed past on the highway unbeknownst.

These are the people with flip phones on prepaid plans who’ve never heard of Wikipedia. These are the folks that never even pondered it was possible to leave their hometown, or who never recovered from doing so. These are people who live off the land and sea not for sport, but for food and raiment, who can fashion a pair of pantyhose into a fan belt in a pinch, and know their way around saltwater tackle like the rules of Spades.

As a quality, not quantity kind of songwriter, James McMurtry, waiting six years to release this newest album Complicated Game, made it well worth the aching wait. McMurtry has been quoted as saying he hates writing new material, but listeners are no wiser once they behold these 12 finely-tuned works of songwriting eloquence. This is character-driven poetry that would do his novel-writing and Pulitzer Prize-winning father proud (can we quit comparing the two yet!?! ), while presenting something a wide swath of music aficionados and appreciators can endear to. 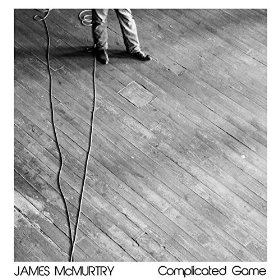 Where some McMurtry songs and albums open themselves up to fair criticism about waxing too political, Complicated Game is something you can enjoy with your polarized in-laws…if they like good music that is. Where McMurtry says his peace about the ills of the planet, it’s done so subtle-like and slyly that the sentiments are universal, like in the song about the complexities behind voluntary conscription called “South Dakota.”

Complicated Game covers an impressive swath of geography, from the hard scratch inner plains to the salty air of the East Coast. It even makes a stop on the “Long Island Sound” for an uncharacteristically cheery moment—a pub singalong toasting to fat times conducted by a transplanted Oklahoman.

Geography, and the artifacts that clutter up the lives of these low living characters are so cunning in how they’re conveyed by McMurtry, like when the protagonist washes down his blood pressure medicine with Red Bull in one of the album’s most surprising and modernly-arranged songs “How’m I Gonna Find You Know.” A thumping, lingering bass beat underwrites a banjo bed as James rattles off one impressive line of script after another accompanied by the tinkles of a triangle, resulting in a fully immersive musical experience.

The breadth of knowledge McMurtry brings to his subjects never fails to impress, especially in a song like “Carlisle’s Haul” about fishing commercially out-of-season to help solve a neighbor’s financial woes, once again showing James’s propensity to use character to illustrate both sides of a political issue, and speak to the root causes which in the end are more common to all than on the surface.

McMurtry also has his moment of highlighting love in his own off-kilter sort of way, evidenced in songs like “She Loves Me” and “These Things I’ve Come To Know.”

Six long years it took, and it may be six more before a fresh new batch arrives. But James McMurtry delivers on the promise of being one of our generation’s preeminent songwriters who can say the things that twist the rest of our tongues, create characters we never knew but feel hauntingly familiar, and fill us with an appreciation of life, both the good and the bad, and understand it is all part of the brilliant tapestry we’re all embedded in and unrolling before us.