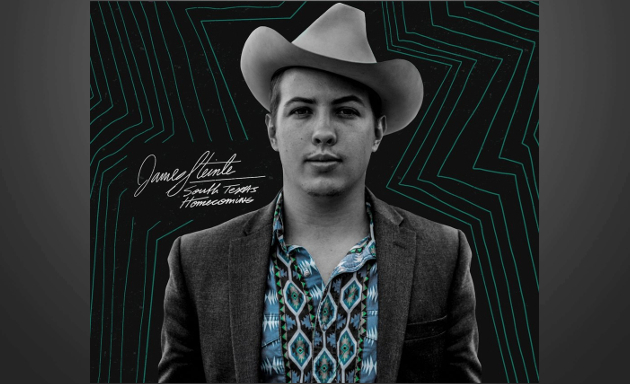 True country music conveys a sense of home, warmth, and familiarity that other musical forms just can’t compete with on the emotional scale. When you hear a country song, it’s like listening to a fond memory. Country music sticks to your bones, and courses through your veins. And the farther you trek from your native dirt—the deeper you go into the uncharted territory of life—the more important the compass of country music becomes to help remind you of the direction home, and the more the melodies, rhythms, and modes elevate in appeal.

Born in San Antonio, Texas, but shortly shipped off to faraway ports of call such as Dhahran, Saudi Arabia, and later Landstuhl, Germany, singer and songwriter James Steinle has a different perspective on country music than most. Surrounded by foreign cultures for the majority of his life, country music was one of those pieces of home he could imbibe in as a tie to his roots. Being so far away from country music’s origination point didn’t render the music more faint, it enhanced its potency and grandeur. When he returned to Texas, country music became a passion for Steinle, and an occupational pursuit.

While attending college in 2017, James Stenile won the prestigious Kerrville Folk Festival’s University Singer/Songwriter Contest. Living in Austin and finding himself embedded in the Texas songwriter scene, he began playing shows with the likes of Jamie Lin Wilson, John Baumann, Mike and the Moonpies and many others, not developing into a honky tonker, but a songwriter in the vein of the old Texas greats like Townes and Guy Clark, yet with a distinct honky tonk sound.

James Steinle’s debut album South Texas Homecoming is a songwriter’s record driven home at times with a hard country backbone. Finely-crafted, erudite, and thought-provoking in moments, and then bouncy and playful when it needs to be, it touches plenty of erogenous zones on the country music palette, underpinned by well-produced songs and Stenile’s pronounced south Texas drawl.

The album might start out a little slow, but the songwriting hook of “Finding Who I Always Should Have Been” catches fast to your lip, and won’t wiggle loose. It’s often the insight of his songs that compel you, like the foreboding “Towns Coming To Me” about the spread of urbanity, or whatever you want it to mean. Few songs have figured out how to convey sweetness for another as well as “Pictures.”

Just about the time the album may become a little too heady and lose your attention, Steinle springs the Western Swing-flavored “South Texas Way” on you. “Sticky Nickels” pulls you in from the sumptuous steel guitar if nothing else, and “Look Out Below Mama” adds a bit of levity to the record, while embedding references to Steinle’s stint in the Kingdom of Saud, and the strange experiences this imparted as a native Texan.

South Texas Homecoming is full of thoughtful moments, while not being afraid to have a little fun. Though putting the full package together and finding a more original sound may be more in the future than present for Steinle, South Texas Homecoming presents an audacious start, and if noting else, is a pronouncement by the young man that he’s a songwriter to be reckoned with, and a name to keep track of moving forward.