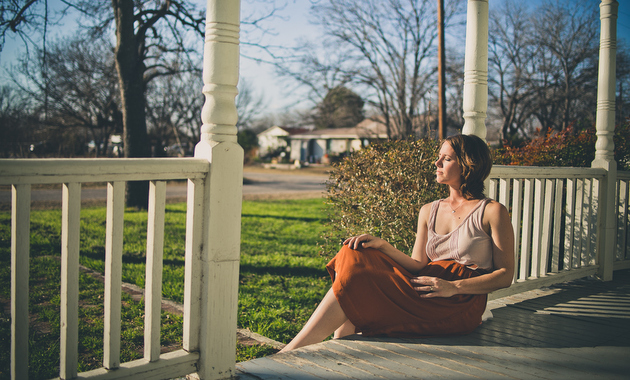 If your perspective of the world is run through the thematic view of American mainstream country music, you will come to the precise conclusion that life starts at age 16, and ends abruptly at 24. Whether it’s celebrating those years with mindless and self-absorbed partying, or reminiscing back on those times in sepia regurgitations of Seger and Mellencamp, mainstream country makes sure to let you know that once you wear the cap and gown at college graduation, slip on a wedding ring, or see the plus sign on a paternity test, you’re irrelevant.

For the rest of us not stuck in perpetual glory days mode like Uncle Rico from Napoleon Dynamite, inexplicably life goes on. And lo and behold, the magic doesn’t always subside. Sometimes it persists, or even becomes enhanced as we find love and not just make it, have our own babies, and grow in understanding about who we are, not abandoning the narratives of young adulthood, but expanding from them.

Jamie Lin Wilson’s musical career started in college some 15 years ago when she was inspired by Natalie Maines of The Dixie Chicks, and by her junior year at Texas A&M she formed a group called the Sidehill Gougers (later, just The Gougers). But her musical journey didn’t end in College Station, and neither did her narrative. 2010 saw the release of a solo EP from the songwriter, but most notably she joined the Texas-based female supergroup The Trishas, and became a hub in one of Texas country’s most promising acts. 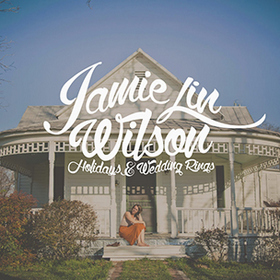 A hiatus in The Trishas project presented a window for Jamie to spread her wings, and that’s what she does in Holidays & Wedding Rings. Far from a songwriter who has spent her best material on past projects, or is too burdened with home and family to find time for the guitar and notepad, Wilson taps into the keenest observations and inspirations of her career by focusing on her role as wife, mother, and homeowner, while still ruminating on the series of bars and lonely nights that she can call upon from her past to speak to a younger audience with wisdom and insight instead of just “glory days” syndrome.

“She’s hoping for tomorrow, but she’ll take tonight,” says Wilson in one of the album’s early songs, referring to the loneliness the young adult single life can foster under the flowing beer and frisky one night stands. By the end she’s singing, “Number 3’s on the way, just found out yesterday. Gonna be a long, hot summer.” In between are reflections on home, husband, and family—looking at the family abode with cherished love even though it may not be fit for Better Homes & Gardens—the sense of place inherent in perspective of “Six years into a seven year drought,” or the conclusion that the grass is not always greener in her cheating song duet with Wade Bowen, “Just Some Things.”

This is a songwriter’s album in the traditional Texas sense, meaning the music and approach first and foremost focuses on exposing the truth of the lyric. Everything else falls into place behind that. It’s a country record, but one that doesn’t go out of its way to justify it country-ness; it worries more about telling the story. Steel guitar and other traditional instrumentation is a player here, even though on one song, “She’ll Take Tonight,” you can tell it started off as a really hard country shit kicker in the studio, and then got dialed back in fear it was a little too much, which it probably wasn’t. In places the production could have been a little more bold, but the haunting “Whisper On My Skin” was the perfect marriage of words and sounds.

Life tends to transpire over a span of 80 years, not just eight. And every moment, every era can be marked by enchantment, discovery, and the poetry of life being recited to the soul as it unfolds in a never ending ribbon of emotional moments. This is the wisdom shared and won by listening to Jamie Lin Wilson’s Holidays & Wedding Rings.