If you were asked to populate a list of current country music artists that with no frills and no variations lay down country music as country music was meant to be, Jason Eady would very have to be at or near the top of your list. And if you found yourself beset on all sides by ravenous legions of flesh-eating pop country music fans whose only bane was the authentic sound of true country music being blared in their general direction, Daylight & Dark just might be your ideal go to to win your ultimate escape. 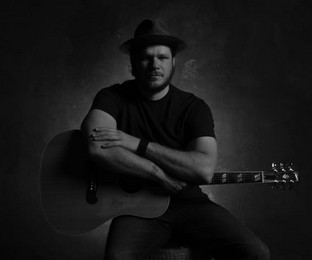 As a followup to Jason Eady’s 2012, critically-acclaimed country offering AM Country Heaven, here comes a new one that picks up right where the old one left off, unflinchingly immersed in the traditions of country music, taking aim and hitting the bulls-eye at the heart of what country music truly is.

But despite the joys of AM Country Heaven, one of the one concerns I had with the record when reading back through my review was that it was a little too straightforward and mellow, with not enough variation or color to hold everyone’s attention. When talking with Eady recently, he said about this new album, “It’s a little more on the mellow side I think than ‘AM Country Heaven,’ not quite as honky tonk…” and I almost winced. Even more mellow? Eady continued, “To me the two styles of country music that I like the most are that barroom sound, and also the more Vern Gosdin, Don Williams, mellow side of it. And this one definitely leans that way.”

But the mellowness is not a burden on Daylight & Dark, it is where Jason Eady improved from his previous work. Where AM Country Heaven relied somewhat on the sheer countryness of the music, and the contrast that created compared to Eady’s previous musical direction, Daylight & Dark delves deeper into composition, poetry, and a linear story, stripping the music back even more to expose the soul and inspiration behind it.

Don’t go thinking there isn’t any good times or foot tapping on Daylight & Dark thought. Boiled down, this is every bit of a classic country drinking album, soaked in alcohol from stem to stern. It just takes a honest look at both sides of the drinking equation—the good times, and the consequences, and a life that bounces in between them searching for equilibrium. 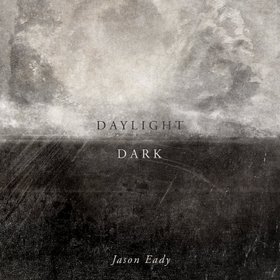 Daylight & Dark finds Jason Eady paired up with his fiance Courtney Patton, who fans of his live show will be quite familiar with. Patton co-wrote three of the album’s tracks, and lends vocals on just about all of them, including the duet “We Might Just Miss Each Other.” “When we went into the studio, we had been singing those songs together for a year,” Eady explains. “Those parts grow over a long period of time, and makes it sound more natural.”

Two other famous names lend their talents to the lively track “A Memory Now” when Hayes Carll and Even Felker of the Turnpike Troubadours stop by the studio. Daylight & Dark is very much a Texoma effort, with geography being a player to the overall story and in songs like “OK Whiskey” about the scourge of Oklahoma’s government-mandated 3/2 diluted brew, and its followup “The Other Side Of Abilene.”

Where Jason Eady finds his sweet spot on the album is in these exquisite, understated, Don Williams-like songs that slow it so far down and strip it so far back that the raw manna of the music is exposed in all its pure, supple wonder. “Liars & Fools” is so tasteful and warm, and so referential to memory, it’s like crawling into a little country music womb. “Daylight & Dark” also captures this classic country warmth despite a little more tempo behind it. And then somehow Jason outdoes himself again, stripping it back even further in the sparse “Whiskey & You” that doesn’t leave a dry eye within earshot.

Sure, when you get this deep into the essence of true country music, you’re going to leave some folks behind. But Daylight & Dark isn’t for them, it’s for the folks that were left behind by what they now call country music many years ago.