The songwriting of Jason Eady is unquestionable, and has been for some time. In the realm of Texas country and beyond, Jason Eady’s penmanship is arguably the pinnacle, with only a select few performers to be consider beside him, including his wife Courtney Patton. We weren’t anticipating a new Jason Eady album in 2018 after he released a self-titled and highly-acclaimed record just last year. But you won’t hear anyone complaining. It just now means you can now add “prolific” to the list of accolades describing Jason Eady’s output.

Eady’s approach to country music has always been a measured one. The sounds come from wood and wire, in acoustic-only arrangements, not letting anything get in the way of the songs themselves, which is where the spotlight and attention should always be with an artist like this. Adding some steel guitar to the last record almost felt like a major stretching the boundaries for Eady simply because the instrument has to be run through an amplifier. Considering the drum machines, Auto-tune, and synth of the day, that shows just how serious and austere Jason Eady approaches his songs.

But while lumping worthy praise upon Jason Easy’s last few records, Saving Country Music has been vocal about the lack of muscle, or gas behind the music. Eady’s philosophy towards songcraft is hard to question, and the desire to keep everything stripped-down and acoustic is commendable, not necessarily a point of criticism. Still, with accessibility being an important quality to music, you just wanted to see his great songs find a wider audience from including an infectiousness that would stimulate the loins and legs, along with the heart, mind, and soul. 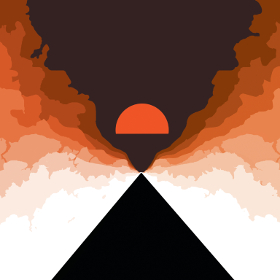 While attending the Folk Alliance International Conference in Kansas City in February 2018, chance found this particular music critic sharing the back of an Uber with bluegrass aficionados Rob Ickes and Trey Hensley, who tour together these days as a world-class dobro and guitar duo. After being sworn to secrecy, I was informed they would be working intimately with Jason Eady on a new album, along with Eady’s touring band. You’d be hard pressed to find faster fingers, or better personnel to put some drive behind traditional American music than Rob Ickes and Trey Hensley. That’s their expertise.

How to resolve adding a little bit of enthusiasm to the music, but still adhering to Jason Eady’s acoustic-only proclamation was a tough riddle to solve. Since Jason Eady fits more the model of a Texas honky tonker, bluegrass never really entered the mindset as a possibility. But adding a couple of hot shot bluegrass ringers was the exact injection Jason Eady’s music needed to not just coast, but soar, and the results speak for themselves on I Travel On.

No toes are stepped on. The music never drowns out the emotion of the story or the moment. It’s probably not even fair to call this a bluegrass album. It’s a Jason Eady album with some badass instrumentation to go along with his established and beloved sound, with incredible music runs embellishing the songs, and adding new textures to Eady’s storytelling experience.

Also imbuing this album with an extra bit of spice and energy is the fact that it was cut live and loose in the studio, and with Eady’s touring band with the first time, so the songs feel sweaty, and worn in. From the opening of the first song, this approach comes through in more infectious outcomes for these recordings. Courtney Patton also lends ample harmonies, in the harmonious way only a spouse can properly handle.

And still, the songs are what you come for, and what keeps a Jason Eady album stuck in your music player months after the release. I Travel On is no different. Yeah, there’s some scorchers were Rob Ickes and Trey Hensley do their worst like “Pretty When I Die,” but when Eady delves into heartbreak via a song like “Always a Woman,” it’s the stroke of Eady’s pen performing all the magic, with everyone else falling in line, and hoping not to get in the way. The title of this record also is a good representation of an underlying theme. I Travel On goes places, stays in others, and enthralls one song after another like a good road trip.

Still even with a fuel-injected bluegrass kick behind great songs, the music of Jason Eady will never be for everyone. It’s too damn good for the masses. But now it’s even better for the rest of us smart enough to listen, and hopefully the amount of people smart to Jason Eady will swell.

Purchase I Travel On from Jason Eady

Purchase I Travel On from Amazon