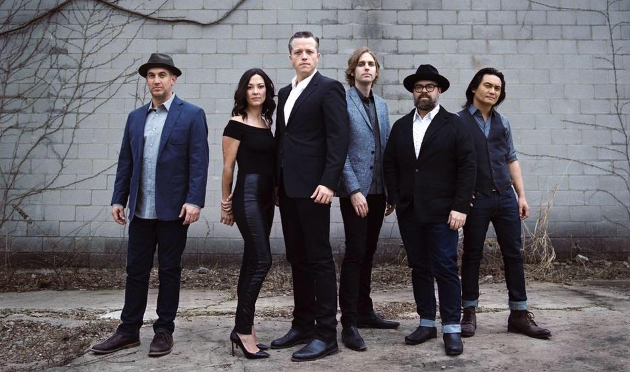 Hey, so which Presidential candidate did everyone vote for, and how do you feel about the Russian investigation? Let’s just all use Jason Isbell’s new album as a battlefield to flamethrow each other over these matters and stray off on unassociated political tangents since one of his songs has “white man” in the title, and his wife flashed a pro Hillary t-shirt for 2.5 seconds in a lyric video.

Look, if Jason Isbell had asked my advice—which if he ever had the notion, I’m sure he’d glance over to the mantle where the Grammy Awards sit and consider himself good—then I would have told him what I would tell any music artist: you’re better off not broaching overtly political subjects with your music because ultimately all it will do is alienate 50% of potential listeners, and do little to no good for whatever ideology you’re attempting to espouse. And it doesn’t matter what your political stripes are, that assessment would be the same.

That’s not to be mistaken with the idea that musical artists don’t have a right to espouse their political ideologies through their music. Of course they do. In certain musical disciplines such as folk and reggae and punk, it’s almost required, and has been a long-standing element of those musical mediums. It’s the job of artists to act like mirrors and sound boards of their time, and our current time and place is a highly-charged political environment.

Still, why go there? Why ostensibly withhold your music from so many people just because you want to attempt to slide even some passing political message across? And specific to the premise Jason Isbell’s song “White Man’s World,” I guess I just don’t understand why we constantly have to identify ourselves and others through their race, gender, sexual orientation, et al. Perhaps it’s just the Gen X’er in me that was taught to see through race and gender. Now all of a sudden it’s hip to classify everyone, and systematically downgrade the Caucasian experience as incapable of understanding the true struggle of others. 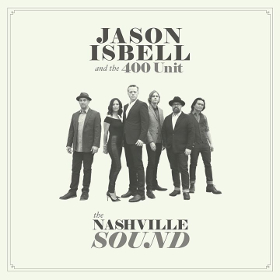 All that said, all of those qualifiers out of the way, if some little thing about this album bothers you from a political standpoint to such a degree that you’ve sworn off all of Jason Isbell’s music and the music of his Hillary-supporting wife, and you pretend you didn’t cry like a a little girl with a skinned knee the first time you heard his song “Elephant,” then you just need to get the fuck over it. Grow up. I’m tired of seeing people get ticked off at folks they label “snowflakes” when they’re the ones freaking out over one or two stupid little things in someone’s music. You don’t like “White Man’s World”? It offends your sensibilities? Then skip it. Because if you’re boycotting Jason Isbell’s music, you’re putting an undue limitation on your musical experience, and you’re missing out on one of the most important artists of our time.

Guess what, there are people in this world that you don’t agree with. I know that social media and slanted news has mostly sheltered us from that fact, but it’s true. People in your community may have different political stripes than you. Some of your neighbors may have different political stripes from you. Some of your immediate family even might, maybe even your mother, father, brother, sister, son or daughter. And you deal with it, because that’s what we do. And if there’s any underlying message in this new Jason Isbell album, it is that. It’s to be understanding to those who you may disagree with.

Jason Isbell didn’t politicize this album. Ultra-sensitive wing nuts and political opportunists looking for any opening to assert their slanted political views on the rest of us, they’re the ones who politicized this album. And that is a much bigger offense to the idea of keeping music a political-free space than anything Jason Isbell has done here.

Jason Isbell’s The Nashville Sound is a career record. Put it right up there with his 2013 breakout, Southeastern. It is an important record for our time, and not because it relies on raptly polarizing political ideologies as the basis for its message and creative assertions, but because Jason Isbell, a native of Green Hill, Alabama, who is as Southern as the day is long, who is as sharp and in tune with the rhythms of culture in his time as anyone, is like a living, breathing embodiment of the modern day American experience, with all the dichotomies, guilt, glory, fortitude, humility, fears, and vices we all face encapsulated into one perspective, all capped off with his newly-found illumination via fatherhood.

It’s not just talent that sifts certain artists to the top of the heap of their discipline, it is timing. And Jason Isbell is one of the defining artists of our era because he is Southern, and enlightened, and can understand the perspective of the poor Southern man, as well as the faraway intellectual, and resolve those differences through sharing stories of characters and experiences. Yes, his perspective is slightly skewed to the left, like I don’t know, just about every folk rock musicians in history. But unlike many of them, Isbell knows this, and knows the best way to a man’s heart is to make him feel instead of pounding him with politically-charged rhetoric. 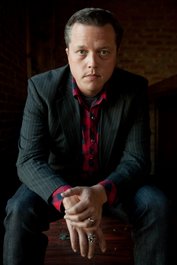 If all you did was read the headlines ahead of this release, you would think politics is all this record is about, and how it was conveyed through hard rock that leaves any notions of Jason Isbell being considered country behind. But similar to political stereotyping and judging books by their covers, what The Nashville Sound delivers is something entirely different than expected, or sold to us from slanted perspectives.

Any polarizing political moments are isolated and fleeting at best, even to the most sensitive of ears. And despite the warnings to steel yourself for a more rock affair cover to cover, The Nashville Sound is incredibly diverse, with folk acoustic and country songs, along with some rockers to create contrast. When we first heard “Cumberland Gap” ahead of this release, a grade was left off the review. As was theorized at the time, the reason for the track’s rawness and dissonance was a purposeful effort to punctuate the desperation of the character of the song, and to create contrast with the other textures of a record which refuses to be typecast into any particular genre or tone. The Nashville Sound still is a bit burdened by unclean signals and lack of vibrancy in the separate tracks, but this shouldn’t be misunderstood for when a song is purposely discordant. Isbell and producer Dave Cobb did a good job on this record making a collection of songs that keep you enthralled from beginning to end.

What was the prevailing concern for Isbell’s last album Something More Than Free? It was that it was a too sleepy. And as time has gone on, and especially now that The Nashville Sound has graced our ears, that previous assessment seems even more fair and warranted. But like all great artists, Isbell espied this assessment himself, and reared back, called upon his Southern rock roots, and put a little panache behind this new effort. The Nashville Sound is incredibly rangy and diverse, satiating many sectors of the musical palette, including rock, country, acoustic singer-songwriter material, and stuff in between.

In fact the album begins and ends with what are arguably two of the most country tracks Jason Isbell has ever released—the remorseful “Last Of My Kind,” which is about the world leaving you behind, and the reflective, “Something To Love.” If anyone questions the roots of authenticity of Jason Isbell, this final song drives home just how crucial the Southern experience has been to his life.

But The Nashville Sound is not a country album. It’s a Jason Isbell album. We want to claim it as country because it’s just so damn good regardless of what you call it. Country music should be proud to have Isbell within its ranks, and that’s the same reason so many try to extract an artist like Sam Hunt. A track like “Anxiety” isn’t really country at all. It’s not like any song we’ve heard from Isbell in the past. But it’s good, and most every roots-based genre will look to claim it.

Same goes for “If We Were Vampires,” which might be one of the best songs released in any genre this entire year. Jason Isbell isn’t hard to define because his influences are nebulous, or because he efforts to appeal to as many people as possible by making his music from a hodgepodge of catchy elements. His music doesn’t have a proper home because it’s transcendent, defying genre, despite a strong tie to American roots.

We have lost so much in the last 18 months in the United States and beyond, even those of us who may have won political victories. The polarization and vitriol has inflicted its acrid state of mind on nearly every sector of life, including sports and leisure, and things that are supposed to take our minds off everyday trouble and conflict. At some point there must be a firewall, and music not meant as political insult shouldn’t be taken as such, or characterized so. Especially music that carries such enjoyment, wisdom, and is able to evoke emotions like The Nashville Sound does.