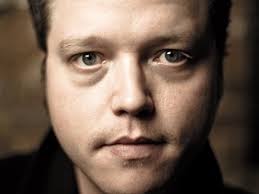 If there is such a thing as a superstar in Americana music, then right now, Jason Isbell is it. What we very well may be witnessing is a songwriting legend in the making. He’s the songwriter that in the future songwriter-philes will hearken back to as proof of how the craft is lost. He’s the guy right now making sure that it isn’t. He is the Townes Van Zandt or Guy Clark of our time. So savor these moments, and feel blessed that you’re getting to live them in their original era, because they’re the ones future generations will look back on with fondness, and envy.

Jason Isbell has always been one of those generation-defining musical talents, dating back to his time with The Drive By Truckers and the start of his solo career in 2007. What we never foresaw when he was putting out songs like “In A Razor Town” was that Isbell was only going to get better over time. Isbell’s last album Here We Rest was a solid effort without a bad track, but boiled down it was mostly the tale of two high caliber songs, “Codeine” and “Alabama Pines,” and both relied just as much on melody as cutting lyrics.

On Southeastern Isbell goes right for the gut with an elegiac knife, thrusting and stabbing in a morose and unrelenting ritual of emotional evocation. Southeastern is downright suffocating in spots in its weight. It is bold, and merciless in how in preys on the faint-of heart, and can make a faint-of-heart out of even the most devout Stoics.

The hardest thing for a songwriter to do is to write to their vocal strengths—to lead themselves out of their comfort zones so the emotions can come out in their tone and not just their words. Isbell finds the sweet spot of his voice in the higher registers of the deeply personal opening track “Cover Me Up.” Then comes the flawless harmonies and familiar, accessible story of “Stockholm.” No matter how foreign the specifics of Isbell’s songs are to your personal narrative, they always seem to be hauntingly written just for you. Very few won’t be able to find camaraderie with the sentiment of wanting to share life’s beauty with someone else embodied in the story of “Traveling Alone.” 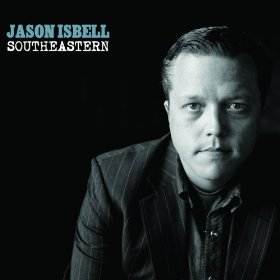 “Elephant” is just downright unfair. Though this trend of token Cancer songs dotting nearly every country album released in the past few years is alarming, Isbell’s offering is far from a saccharine and sappy vie for radio play. It is a complete deconstruction and compromising of the emotional guards protecting a listener’s heart told in shockingly-real language, allowing the chemicals of empathetic response to run pure.

Once again “Songs She Sang in the Shower” shows off what may be Isbell’s best songwriting attribute: his ability to spy specificities in life that will speak to us all universally and put us back in a place where we can reconnect with the emotions of a very personal moment. The unexpected “Super 8” and its rocking, basement band approach might be easy to pick on as Southeastern‘s misstep because it is such a departure from the mood. But any sins are atoned for simply by the strength of the writing. This is one of those albums you could create a small catalog of T shirts and bumper stickers of pulled lines from, both of the witty and wisdom-filled persuasion.

And the album is refreshingly quick, lean and deft. It’s potent enough that it doesn’t need additional content to keep you entertained for longer because even when you walk away from it, the songs are still playing in your head, and the emotions it conjures are still ripe.

The educated, informed music listener these days is blessed with an unbelievable bounty of talent to entice the ears and revitalize the spirit. It’s not that you can’t find songwriters that could be measured as Isbell’s peer. It’s that Isbell is the full package. His management team is unparalleled, and he is proving that you don’t need the traditional music industry infrastructure to enact a successful release. Jason Isebll isn’t just a great songwriter, he’s a great songwriter that is finding a way to people’s ears. He is the poster boy for the new paradigm in music where an independent artist can rise to rival industry talent.

And whoever said that sobriety was the pathway to bad music? If Southeastern is any indication, Isbell’s recent recovery has only purified his musical Tao.