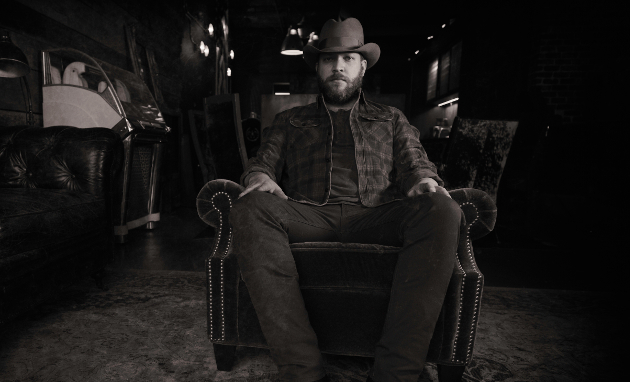 Jeff Hyde is one of Eric Church’s primary songwriting collaborators, and a member of his touring band playing mostly mandolin, banjo, and acoustic guitar. Or at least that’s how he’s being presented to you since that it gives you some context of why you should pay attention to his new album. It’s more accurate to call him a singer and songwriter (whose also written for Alan Jackson, George Strait, and Nikki Lane) who at some point decided the most lucrative way through this world was to hitch his wagon to Eric Church as opposed to hitting the honky tonks coast to coast 300 days a year, and Eric Church apparently thinks enough of Hyde to keep him around.

Jeff Hyde has been one of Eric Church’s most prolific songwriting collaborators over the years, right beside Casey Beathard. And luckily, Jeff Hyde doesn’t have a flat bill-wearing son once signed to Big Machine canceling out any good he might do with harm. Jeff Hyde has helped pen some of Church’s most memorable tracks, including the critically-lauded “Kill A Word” featuring Rhiannon Giddens from Church’s last album, Mr. Misunderstood.

As you can imagine, as a professional songwriter, your stock of material might get fat and sassy at some point, and a solo release is a good way to get those puppies out into the world. Hyde’s new album Norman Rockwell World includes songs stocked up from the last 10 years, and was preceded by the release of a song called “Henry Ford.” The song’s stripped-down style is very singer/songwriter in approach, and it talks shop about songwriting in the lyrics. It’s the kind of thing you might expect from a professional songsmith’s solo record. “Henry Ford” is nothing super special, and the lyrical hook might not be as big of a payoff as intended. But it kept you intrigued enough to perhaps pull the full Jeff Hyde album up once it was released and give it a spin.

And if you did, you would immediately conclude that being a songwriter for Eric Church, or performing a stripped-down acoustic tune like “Henry Ford” is not the reason Norman Rockwell World is worth talking about. It’s because it’s the latest country record to take what are otherwise widely-contrasting influences, and smash them together to see what happens.

Similar to Dan Tymiski’s recent album Southern Gothic, or maybe the Gangstagrass records, the biggest takeaway of Norman Rockwell World is how it weaves sometimes very traditional songwriting and instrumentation right in with ultra-modern electronic drumbeats and other nouveau production. Not every song does this mind you, which kind of makes this project that much more confounding. But that’s the foot it starts off on, and that’s what sets the underlying approach and mood. 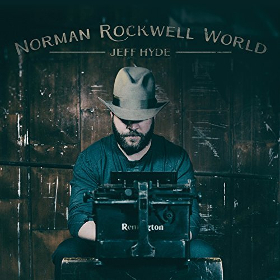 Don’t think Florida Georgia Line or Sam Hunt here. Don’t even think Eric Church. When we talk about very traditional songwriting, we’re talking about stuff you may expect to hear Gene Watson sing on an RFD-TV show. The opening song “Old Hat” decries the disappearance of old-school values and style, and is superbly written. When you have ten years to stock up on songs and noodle with them, you’re going to get some good material. It’s the type of song the Saving Country Music faithful would regularly flock to. And it’s also set off by a purposefully blatant use of electronic drums, and not just in the intro. It’s a song about how nothing is real and old school any more, using a fake, new school electronic rhythm track to comprise the beat.

The second track “Fiction” doesn’t let up with this electronic rhythm attack, and is a lot more funky tune in general. At this point Jeff Hyde and producer Ryan Tindell are putting you on alert that this will not be your average songwriter’s record. They’re wanting to make bold statements here, or at least save the time and production costs of hiring an actual drummer.

Remember, the whole reason that country music became so creatively constricting starting back in the 60’s is because Music Row was a satellite campus for major labels that were headquartered on the two coasts. To control costs, producers were tasked with using studio musicians who could be more efficient with valuable studio time. This was good for budgets, but bad for innovation and creativity. The Outlaws in the 70’s rebelled against this regime, but of course this cost conscious approach is still widely in practice today. Since it takes just about as long to mic and record drums as it often does the entire rest of the band, the adoption of drum machines in country is a major label accounting department’s godsend. Even when the drums sound real, if it’s a Music Row project these days, there’s a good chance the drums were composed on a rhythm console or computer.

But this isn’t where the progressive production ends on Norman Rockwell World. There’s an enhanced amount of electronic accoutrements on vocal signals, and at the end of songs like the tune “Filter” that are things you wouldn’t even hear on mainstream country singles. Jeff Hyde and Co. are trying to make a statement here, yet throughout this record, there is a yearning for a simple, more classic way of life in the songs. There’s no irony in the “Norman Rockwell World” title track. It wishes for the return of the idyllic American standard captured in Rockwell’s paintings. “Baby By Tonight” is this sort of swaying, 70’s-era love song that will make listeners nostalgic for a better time in country.

And making this project even more confusing is at times the drums do sound real (even though they might not be), and the arrangements are straightforward. It’s like they stared out diving head first into this concept of classic country songs with contemporary beats, and then got cold feet perhaps. Not to lobby for more electronic beats in country songs, but it might have been better if they stuck to their concept more tightly for cohesiveness if nothing else. But what they did accomplish is giving folks plenty to talk about, from good, quality songs like “Cold,” to how “Cabin Fever” could do battle with the recent Kacey Musgraves song “High Horse” as a modern example of country funk.

There’s some really quality songwriting here, that’s without question. The real question is if a song like “Old Hat” wouldn’t be better with a more traditional production approach, and it’s hard not to say, “Yes it would.” Look, there’s nothing inherently wrong with using electronically-composed beats in music. It’s just traditionally wrong in country. But this isn’t the reason the music of Sam Hunt sucks. It sucks because of the full package—the songwriting, attitude, and the electronic production, along with the fact that it’s not country, but is being marketed as such. It’s hard to call Norman Rockwell World anything but country, it just happens to utilize some electronic beats.

On the surface, we probably should be at least somewhat receptive to the opening up of country music to new sounds and approaches, as long as the music is of quality and taste, and it is done with a respect to the roots and traditions of country in some more overarching capacity. In some respects, a project like Norman Rockwell World would be a good example of this, since the foundation of the record is quality songwriting, good singing (including harmonies by Sarah Buxton), and sharp instrumentation. But there’s still something to be said about the human touch, and the sweat staining a recording from a real drummer. Are drummers becoming an endangered species in Nashville similar to steel guitar players?

Frankly the use of electronic drums here, regardless of how sparing, still feels more like gimmick than than a true stroke of creative boldness, rendering Norman Rockwell World interesting, very entertaining at times, confusing in others, and ultimately a mixed bag, possibly more important in future hindsight as others try this experiment with lessons learned from this project, than something remembered for great songs like it probably should be.