Album Review – Jimbo Pap’s “It Can Always Get Worse” 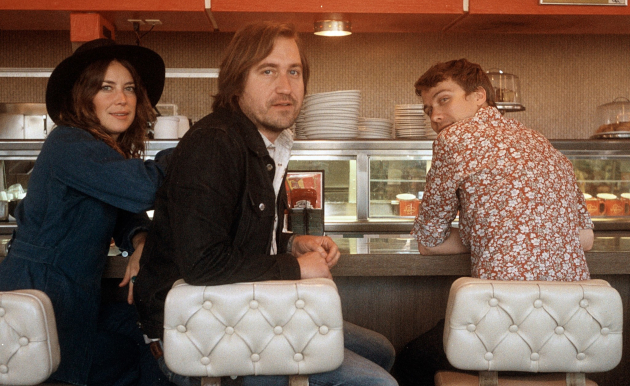 For all those who love to bray on and on about REAL COUNTRY and don’t want any damn hipster pretty boy Prius-driving Californians interloping in their By God music, best to turn back now. But for those who want something well-written and performed, offbeat, wildly-entertaining and adventurous, while still sticking strictly to country music’s roots, a swim through this debut record by Jimbo Pap will be a hoot, and right down your alley.

The first song from this project called “Submission (Nice Pants)” landed in the lap of this humble little music reviewer a couple of months ago, and I let out an audible laugh at the first line. “We put our pants on one leg at a time, just like every other fucker who wants to be Gram Parsons in Los Angeles.” You had to admire the pluck and self-awareness of a band starting a record off like this. But really, how serious could you take them? It’s a band you’ve never heard of that begins their debut record with what is tantamount to a theme song about themselves.

It Can Always Get Worse may start off sarcastic, hipsterish, and a little surly, but in one song after another, it impresses you more and more with the depth of perception embedded in the songwriting, and the simple appeal of true country written and performed right. Yes, perhaps Jimbo Pap does not have the “authenticity” some outfits have behind them, and the lead singer Jim Bowers may not have that woody or whiskey-weathered twang that is ideal for a country singer. But these guys (and gal) get it, and put out a record that one would venture to say Roger Miller and The Flying Burrito Brothers would highly approve of, while not trying to prove their cred by giving their voices affectations or dressing up in vintage duds. They are who they are, and that honesty is refreshing. 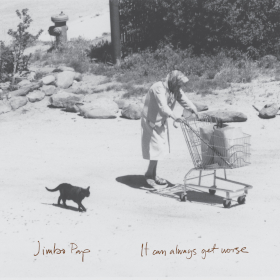 Jimbo Pap and It Can Always Get Worse came about almost by accident. The name is a combination of the band’s three principle members: primary songwriter and singer Jim Bowers from the Radar Brothers, Bo Brannan who was once Elizabeth Cook’s road manager, and singer/pianist Pap Shirock. The whole thing started out with the intention of being a side project for Jim Bowers, but began growing legs, and then tentacles, with Cal Campbell and Siggy Sjursen of Glen Campbell’s touring band coming on board in the studio to add some serious musicianship behind the effort, and later bass player Kip Boardman, and fiddler Kaitlin Wolfberg.

All of a sudden, what started out as some silly songs to pass the time turned into a serious Southern California country outfit. With no expectations, goals, or constituencies to keep happy, this is one of those instances when magic was spun when a few friends and associates got together, screwed around, and turned in something more entertaining and resonant than what most of the people pouring their blood into projects put forth.

The underlying wit, but palpable heartbreak in “On My Way To The Show,” and the slow realization of a love lost in “Long Kiss Goodbye” immediately make this project something to regard on a much deeper level than the first impression gives. Though she only sings lead on one song, Pap Shirock absolutely kills the oft-forgotten Wanda Jackson classic, “Queen of My Lonely Little World.” Some of the songs of It Can Always Get Worse also include just a little bit of a 60’s rock n’ roll influence to give it that Southern California flavor, and the compositional treatment on the songs is also worth remarking on, including the instrumental title track.

Jimbo Pap don’t do themselves any favors with “Yard Sale,” which feels like it was recorded for the soundtrack of some late 70’s musical-turned-movie (though that was probably their intention), and some of the writing in the second half of the record feels a little thin, though partly due to how strong it is in the first part. But at its heart, It Can Always Get Worse actually is a By God country album, with luscious steel guitar lathered all over this thing like whipped butter over a big waffle, and fiddles helping to set off some of the melodies.

Probably not for everyone, but way more country and entertaining than the pablum on country radio, Jimbo Pap and It Can Always Get Worse is one of those records that is just weird enough to really work, with their sincere love and appreciation for classic country music coming through in vibrant recordings and entertaining songs that prove that country music is for everyone who has appeal for the simple stories and twangy melodies in their hearts.

Purchase Jimbo Pap’s It Can Always Get Worse