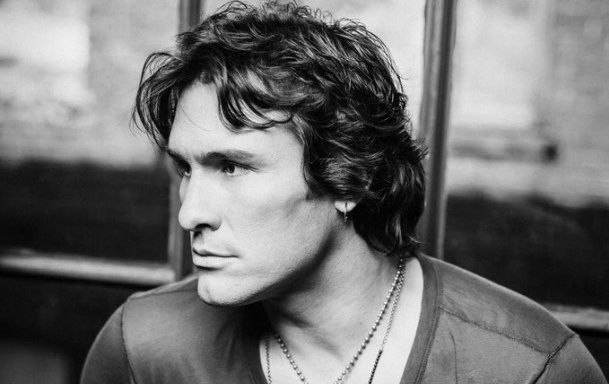 Man did we need a good album from Joe Nichols. Mainstream country has been on a losing streak something fierce for 2017—barring a few exceptions—and when you have an artist like Joe Nichols, you need them to act like a bulkhead against adverse trends. It sucks when later in an artist’s career and after a long hiatus, they have to go and release some crap just to make their record label happy or to try and hold on to their radio relevancy. It not only sullies the present tense, it makes you rethink the past. It is almost as if you must go back and erase an artist’s music from your memories when they let you down later in their careers.

Joe Nichols had us real excited when he released a few songs ahead of his new album Never Gets Old, like the twangy “I’d Sing About You.” Even the title of the record seemed to hint to how certain things in life never go out of style, like blue jeans, white t-shirts, and true country music songs like the stuff Joe Nichols has cut throughout his career. A voice like the one Joe Nichols possesses is timeless and immune to trends. Unfortunately Joe Nichols himself isn’t, sliding from quality to commercial in different quadrants of his career, and resulting in a mixed quantity when it comes to the judgement of his output by traditional country fans.

Never Gets Old starts off so promising with the first few songs. No, this is not Cody Jinks or Tyler Childers-type high caliber stuff that you expect from your favorite independent country music artists. But for the mainstream it’s so much better than what you’re used to. It’s good songwriting and country sounds. There is a misconception out there the independent fans love to hate on mainstream music just because it is successful. Not to say there aren’t some of those wet blankets lurking out there, but generally speaking music fans want to like music. This is especially true with an artist like Joe Nichols. You want to root for him because he’s delivered in the past, and you’re even willing to extend greater latitude to him because of the restrictions of the mainstream label environment.

Songs like “Diamonds and Babies” and “We All Carry Something” may not go over well under the high nose of the Americana crowd, but these are solid songs nonetheless, and excellent vehicles to imbibe in that stellar Joe Nichols voice. The back half of Never Gets Old also has some quality stuff like “Billy Graham’s Bible,” and the somewhat contemporary, but still solid “This Side of the River.” 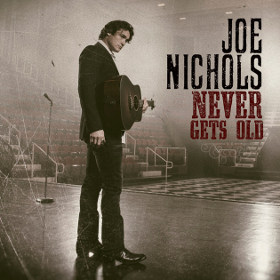 But like a truck stop sandwich that gets the bread, mayo, and cheese right, but the roasted turkey smells like tuna, the center of Never Gets Old is downright rotten. It’s like they knew core country and Joe Nichols fans would never go for what eventually may be the biggest radio singles on this record, and so if they put them in the middle, perhaps you would warm up to this record before they got to them.

Most fans of Joe Nichols and traditional country will visibly wince when they hear the electronic drum intro of “Breathless,” and won’t find much favor with the Sam Hunt Style sexy R&B approach of the song. But that is nothing compared to the breathtakingly vomitous “Tall Boys.” No, this is not a song about the starting lineup the Memphis Grizzlies. This is a catastrophic career-defining careen into the guardrail by Nichols. It makes “Tequila Makes Her Clothes Fall Off” feel like Tolstoy. We’re talking the most formulaic Bro-Country of Bro-Country you can find.

Talk about never getting old, “Tall Boys” would have been considered acrid and dated in 2014, which ironically was probably when it was recorded since like so many projects from aging mainstream artists, this album was beset by endless delays. They better release this piece of shit as a single, and it better scurry up the charts to number one, because otherwise what’s the point of putting it on this album besides pissing off core fans?

“Hostage” is a better song then the other two in the middle of this shit sandwich, but you will never find a better example of the gross overuse of Auto-Tune in a song this side of T-Pain and Cher. I mean they slathered it on like the Hellman’s when you ask your 6 year old to make you a ham sandwich.

Our biggest concern heading into this record was how Joe Nichols promised it would include a country cover of “Baby Got Back,” and make no mistake it’s about as bad has the worst case scenario you worked out in your brain when you first heard the news. But as the final track, you can just cut it off like the crust, and chalk it up to drunk rednecks getting dumb in the studio on a dare. There is no excuse for “Tall Boys” though. It’s nothing more then an unabashed cash grab via radio. Yet don’t be surprised if it never even sees the light of day on an iHeartMedia playlist. Are radio programmers really going to buy into a Bro-Country song from Joe Nichols? Even “So You’re Saying,” which boils down to building a song around a scene from Dumb and Dumber, still works better than “Tall Boys” or “Breathless.”

So just like Joe Nichols’ career, Never Gets Old gives you both points and counterpoints to the quality of his songs or the lack thereof that has made his career hard to define. At some point Joe Nichols is going to sing a song that hits you square in the chest and makes you point vehemently at your audio device and say, “That’s what I’m talking about.” And other times he’s going to make you feel like an idiot for listening. There will also be moments in the middle, and unfortunately a bunch of Never Gets Old sits in that middle ground, while the most stark moments are defined by the bad stuff.

We know deep down in his heart, Joe Nichols is a traditionalist and a true country music fan, and one with the voice and the perspective to be able to record pure country gold. The problem though—like with all mainstream artists—is if they’ll be allowed to express that part of themselves, or if they must become pragmatists just to get new music out. If you put up a fight, you might end up in their major label parking lot wondering how they’ll pay the bills next month.

True country music never gets old, but the tiring fights for artistic freedom and trying to figure out who and what an artist is through the filter of Music Row’s mechanized conveyor belt got old many years ago. It would be nice if Joe Nichols could once again just put out the album that he wants to. But until then, you open his albums like you do a sandwich, leaving the unsavory parts on a napkin, and nibble on what’s left knowing there’s something out there that’s so much better.