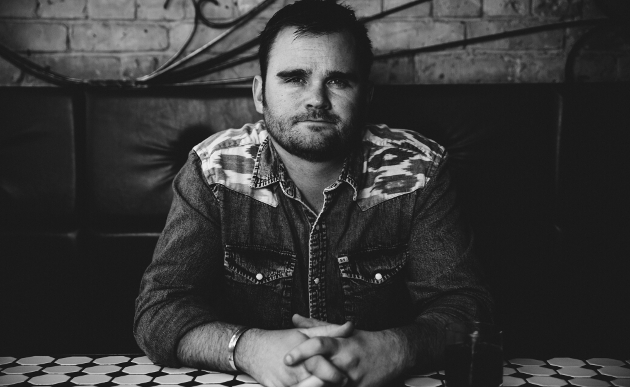 One of the reasons Texas country is outpacing Nashville at the moment from both the level of quality and infectiousness in the music is because of the latitude Texas artists are afforded to explore their influences and develop a sound that’s all of their own. You might think that Music Row labels will release just about any damn thing and call it country, but it still must adhere to a dedicated formula for what they know will sell, and artists are given little to no leeway when it comes to expressing themselves outside the norms.

Sometimes the Americana world is not much better in how sometimes artists aren’t allowed to let loose with their more rowdy side, and are supposed to be serious and heartfelt all of the time. In Texas country, you can get a little unhinged and release a drinking song, and then turn right back around and hit the audience with some serious singer-songwriter material, and nobody in the audience will bat an eyelash. In fact in some ways, that’s what’s expected of you. There’s always been the easy-on-the-ears element to Texas music, but the level of songwriting has upped its game so dramatically in recent years, you better be able to bring the gut punches when the party’s over.

Both sides of Texas country are well-represented in upcoming artist John Baumann’s third official release, Proving Grounds. You don’t have to go digging for a bio on Baumann to find out what he’s all about, it’s all articulated right there in his songs. Hailing from all over Texas, including San Antonio, Lubbock, Amarillo, and now Austin, he speaks from the experience of growing up with the music in the album’s opening track, “Here I Come” about being inspired by those flatland legends like Jimmie Dale Gilmore and Joe Ely, and looking at the photos at Floore’s Country Store or Gruene Hall and wanting to emulate the success and songs of those founders of the Texas sound. 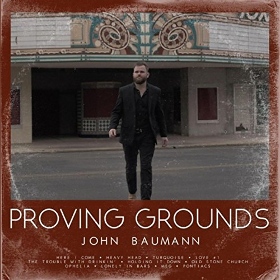 John Baumann has plenty of songs that get the blood pumping and the alcohol flowing, like the wit-filled “The Trouble With Drinkin'” (originally done by Aaron Lee Tasjan),  and the ode to imbibing in life’s inebriating substances, “Heavy Head.” If there’s any problem, perhaps it’s that Baumann gets a little too drunk muscled in these songs, and gets a little bit of a cowboy dick about him, with his Texas accent coming out, while on other tracks you barely hear an accent at all.

As fun as some of these songs can be, they will not be the indelible mark of John Baumann’s career, though they may be the gateway drug for many to get there. It will be his deeper material that will keep the fans he makes begging for more. “Old Stone Church” about the death of a father has already been named one of Saving Country Music’s Best Songs of 2017 So Far, and the excellent “Lonely In Bars” could have made it on the list as well. Why some massive mainstream superstar couldn’t pick up a song like “Lonely in Bars” and have a huge hit with it, I don’t have a clue. It’s too good I guess.

There’s nostalgia—which is regularly broached in country songs—and then there’s John Baumann’s nearly 9-minute “Pontiacs” that closes this record out. Why more country artists don’t have the courage and boldness to really explore how deep a song can go like “Pontiacs” does is curious, but Baumann proves it can be done, and is all the better for not trying to squeeze in at four minutes.

Proving Grounds is a great album. It’s not an excellent album, but it has some excellent songs like “Pontiacs,” “Old Stone Church,” and “Lonely in Bars.” It might be easy to question the approach they took with songs like “Love #1” with its heavy reliance on one guitar riff, but they tired to keep things interesting, which they accomplished. An maybe one of the best things about Proving Grounds is how it makes you really hopeful from the output from Baumann in the future as a young songwriter. These songs are brand new, but you already want more from where “Loney in Bars” and “The Trouble with Drinkin'” came from.