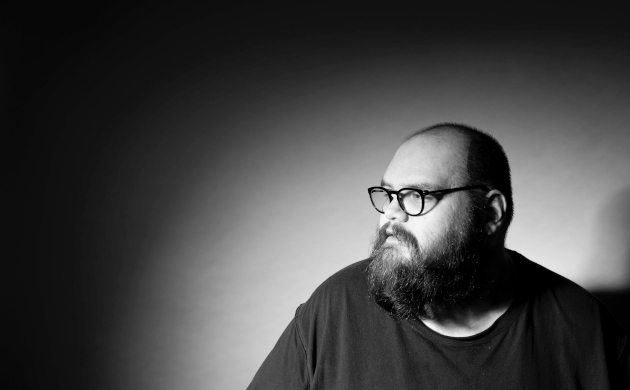 You could barge right through the front door of the homes of guys like Jason Isbell, Evan Felker, or whomever else you want to regard as a top caliber songwriter of our time, stand on top of their coffee tables in the middle of their living rooms, and declare that John Moreland is the greatest living songwriter on earth and you don’t want to hear any other word about it, and they would likely give you no gruff … well, at least not about the whole songwriting thing. The barging in and standing on their coffee table might bring you some heat.

Place whatever qualifiers you wish on the estimation of John Moreland as the overlord of all modern songwriters, like his stuff isn’t very commercial, or that sometimes he strains to find a proper melody. But on paper, his lines are pure poetry, putting words to the fears and anxieties that wash over us on a daily basis, but we never really know how to clearly define or articulate, or what their true origination is. For Moreland, these little feelings are his medium and his manna, making striking observations about life that both cut and mesmerize, make us realize things about ourselves we never knew, no matter how young or advanced in age we are, while coyly serving us with little glimmers of hope, however bleak Moreland’s music comes across on the surface.

Getting to feeling good by feeling bad is the chemistry Moreland employs, drawing upon an avarice of talent that is unfair to other writers, no matter their forum, music or otherwise. His new album LP5 (named for being his fifth record) contributes further to this songwriting legacy via multiple songs that should and will be used to inspire and challenge others in the writing field to dig deeper, and exhibit more fearlessness to find their deepest, most inner voice.

Moreland tackles everyday fears and struggles, but in a manner wholly original, and divested from formula. He can broach religion and seem to severely chastise certain elements of it without ever feeling sacrilegious, simply from being so insightful and strangely reverent. Moreland can tackle the hot button topics of self-guilt and social justice, without bringing judgement upon anyone. He puts words to wisdom we all wish we had, or at least, had the ability to articulate. John Moreland describes the indescribable, and does it over and over again, while nearly each song comes at you with a line or two you could lift and put right on a T-shirt, a bumper sticker, or a poster in front of some nature scene, and people would ponder it.

What about the production of LP5? Namely, Moreland’s decision to circumvent the conventional instrumentation of folk/Americana music, and instead settle upon electronic loops and other accoutrements emanating from circuit boards as opposed to human fingers on wood and metal implements? Well, that surely will be the major discussion point around Moreland’s fifth record, for now, and probably forever.

Where you fall on the topic will likely follow your predisposed sensibilities to music. Some are opposed to electronic incursions into roots music entirely, aside from maybe a keyboard to keep from having to haul a piano around, or a tastefully-placed moog or something. Others may not care, or even may find it cool. Then we have to ask ourselves if we’re hypocrites for yelling at Sam Hunt for using electronic beats in his “country” music, but are willing to give a pass to Moreland simply because he’s a cool Americana guy. 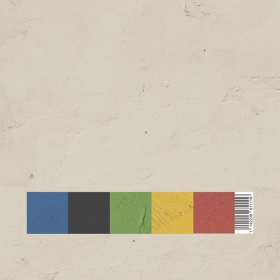 But the more objective argument is how the presence of these electronic elements fits with the songs of LP5. First, this is not and EDM or hip-hop album, or a singer/songwriter album looking to piggy back off the popularity of electronic beats. If this album was a piece of chicken, it would be lightly breaded with electronic music, not deep fried in it, despite what some in the media have espoused, like when Rolling Stone Country presented the headline that Moreland, “ditched guitars for drum machines on the new album.” The first line of the article features Moreland saying, “Since I was 18, I’ve made a lot more hip-hop music than folk music.”

But all of this is just provocative rhetoric designed to get people’s attention. It’s the media stretching for narratives, and a continuance of this prevailing idea in that if you aren’t pissing off the rednecks and/or elements of your established fan base, then you’re not being creative. The Rolling Stone Country piece doesn’t even mention that LP5 is the first Moreland record where he wasn’t the primary producer. He handed the reigns mostly over to Matt Pence of Centro-Matic. And with the approach brought to this record of relying on electronics to add the color beyond Moreland and his acoustic guitar, you have to say that Matt Pence was pretty reserved and tasteful.

Ultimately, LP5 is very much a John Moreland record. It’s John Moreland’s songs, John Moreland’s voice, and John Moreland’s acoustic guitar. Sometimes the electronic stuff is barely noticeable. Other times its not present at all. It’s only a couple of songs on LP5 where it feels like the production is distracting or heavy handed, and those moments do take away from the songs. But after a few listens through the record, you really don’t care about the production at all, one way or the other. It’s Moreland’s songs and writing where your attention dwells, as it should.

Yet it’s also probably fair to ask if a different approach to the production would have been more advantageous, and the answer is probably “yes.” John Moreland spoke a lot about being bored and uninspired heading into writing and recording this record. Working with drum loops and such is one of the things that perhaps got him excited about music again. But he could have also worked with something more organic. Think of Paul Simon, who started incorporating African elements into his music, or Dylan who went electric (but not electronic). There are probably better ways to cure your boredom than bringing in drum loops which just feel thin and gimmicky, a little lazy and unimaginative, commonplace, and run the risk of sounding dated to future generations. And despite how people want to portray electronic music as evolutionary, there’s nothing new about it at all.

The production of John Moreland records has always been the challenge, and understandably so since it’s so hard to know what to do with songs mostly written and performed solo on an acoustic guitar, or perhaps with an accompaniment, like Moreland has with regular tour partner and multi-instrumentalist John Calvin Abney. But Moreland’s last record Big Bad Luv was the first that really felt like it got the approach right. Noodling with production due to boredom is a way artists often get themselves in trouble. And meanwhile, the prevalence of indie rockers swooping in to produce Americana artists is getting a little old. With good roots music, you don’t want to think about the producer at all. Yet seven paragraphs have just been dedicated to it in this particular review. That’s how you know it’s an undo distraction.

But ultimately, if you’re dwelling on the production approach of this record, you’re missing the bigger picture. It’s fair to say that compared to Moreland’s last run of records, there’s a few less haymakers here. There are a couple of instrumental tracks, including the mostly electronic “For Ichiro” that doesn’t really add anything to the effort.

Yet a listen through the opening song “Harder Dreams,” or the final song “Let Me Be Understood,” or even one of the more electronically accentuated songs “When My Fever Breaks,” you can’t help but be slobberknocked by one devastating insight after another, unlocking things about yourself and life that you never knew existed before. Music like this is not just enjoyable, or even fulfilling. It is life-altering, promoting the building of new neural pathways and the reigniting of dormant synapses, while applying a salve to the heart and soul to held mend old wounds. When you bring all of this to the table like John Moreland does, the way the music sounds like is virtually immaterial.

Is it John Moreland writing and performing these songs? If it is, then you better damn sure lean in and listen. And if someone is apprehensive to pay attention for whatever reason, don’t be afraid to take to a coffee table and set them straight.