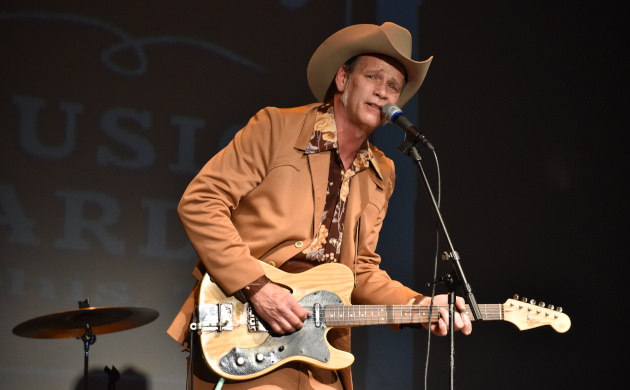 What has every good country music fan crashing silly little sites like Saving Country Music on a regular basis? It’s the hope of discovering some piece of music or a performer whose quality far outpaces the popularity it enjoys, or in many cases, doesn’t. Johnny Falstaff is just that kind of guy, where a cavernous gulf exists between how many people know about his music, and how many should. Even though the name might ring slightly familiar since it’s shared with a once popular Midwestern beer, it’s less possible you’ve heard the music itself.

But don’t shake your little balled-up fists at Nashville for Falstaff’s relative obscurity, because it’s not entirely their fault. Born in Alice, Texas, and cutting his honky tonk teeth in the Houston area including in the band The Sundowners, Falstaff eventually fell in love with a sweet little Fraulein in the eastern part of Germany, and relocated there permanently. Not particularly known for being a haven for honky tonk music, it’s from there where Falstaff does his best to get the word out despite the distance from country music’s home, returning to the states a couple times each year to tour as best he can.

Now that we find ourselves in the throes of the streaming era, perhaps it’s time for Johnny Falstaff to finally enjoy the attention he deserves. His latest album and first in six years called Lost in the City Lights is as good a place to start as any. Loaded with twangy Telecaster and succulent steel guitar, Johnny Falstaff has no governor on the amount of twang he’ll try to cram into a composition. This is an unapologetic honky tonk project, great for scootin’ boots across wooden floors, downing swill, and dodging flying beer bottles and fist fights. 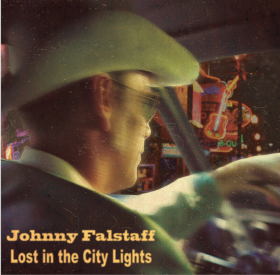 From the opening phrase of the title track, you know you’ve found what your honky tonk heart is yearning for. But even though Falstaff can crank the twang and croon out those beer-soaked honky tonk numbers as good or better as any, he steers clear of becoming a one-trick pony on Lost in the City Lights by getting a little cosmic too. Not afraid to let loose of the tethers of traditional country, yet still hold on to his roots, he takes you on a few little spins into the ether.

From the trippy “Goin’ On A Trip,” to the 70’s country rock of “Jenny in the Sun,” finding unusual cord progressions to mix with hard country instrumentation into a strange brew of whiskey and psychedelia is something Falstaff loves to screw with.

But don’t worry, if that’s a little too far out for you, Johnny brings it back to earth with arguably the best track on the record, the fetching “Move A Mountain” that would have been a mega hit of the country music fringe era if it had been released back then. “Tonight” adds a little bit of old school rock n’ roll to the Falstaff resume, making Lost in the City Lights quite diverse for an otherwise honky tonk country project.

Some of Johnny Falstaff’s previous records had a few inconsistencies in the production that got in the way of what was otherwise great country music. He avoids those issues on this new album recorded mostly in his home studio in Dresden, Germany, with the prolific Tommy Detamore joining him on steel guitar. The vocals on the song “Constant” may be a little too breathy for some as he strains a bit at a Sun Studios vibe. But overall, the record has way more hits than misses.

Hanging out in Germany and refusing to compromise his music to current trends or the ills of the music business has kept Johnny Falstaff once removed from the ears of many. But with Lost in the City Lights, Falstaff can, and should find the audience for his music he’s deserved all these years, and thirsty listeners will find that country music gold they crave, and have difficulty locating.

Purchase Lost in the City Lights