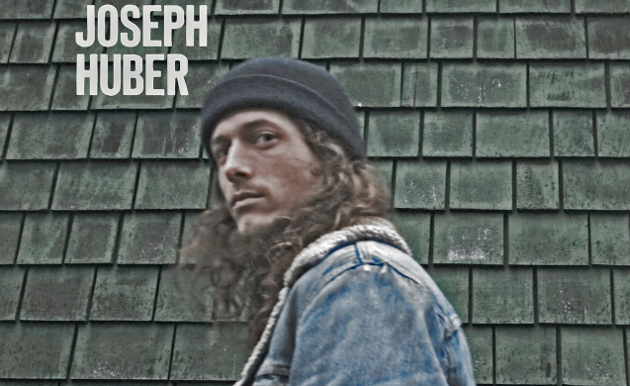 Timing is so incredibly vital when it comes to how the whimsy of fate chooses which musical projects to bestow with attention and virtue, and which ones to leave to wither and die. Who knows, if the landmark hardcore bluegrass group the .357 String Band was launched in in the last few years, we might be talking about them today as the “Sturgill Simpson of bluegrass” or the “Turnpike Troubadours of Milwaukee.”

Instead, when the .357 String Band was releasing records and touring the country from the mid oughts to late 2011, the whole independent country and roots movement was still in its nascent stage. The .357 String Band was ahead of it’s time, and though they left a legacy of three solid records and solo careers from some of it’s previous members, it’s still hard to not look back and say what a shame it is that the project never took hold like the power and the spirit of the music deserved.

Joseph Huber, the banjo player and one of the primary songwriters from the .357 String Band, has now released more solo albums than .357 did total. Huber’s music is arguably beginning to tower over the .357’s output instead of vice versa. But that sense of being dramatically overlooked and under-appreciated still permeates the atmosphere around him, not because there isn’t a lot of love and devotion coming from the folks who are in the know. It’s from how Joseph Huber’s music feels like it’s something that is generational in its quality, and vital in its message.

You don’t just like Joseph Huber’s music. You feel it’s something that the rest of the world needs to hear, and how criminal it is that it isn’t spreading far and wide. Some of the obscurity is due to just the rigors of being an independent musician, and in Huber’s case, one who still devotes himself to the effort in more of a part-time capacity. But even in the age of Sturgill, Stapleton, and Isbell, the criminally overlooked remains a deep crowd. 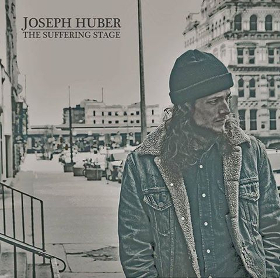 When Huber released his first solo effort Bury Me Where I Fall in 2010, it was entirely not what fans expected, yet immediately a new appetite emerged for the type of darkish, singer-songwriter material indicative of Townes and Dylan, but still original to Huber that was displayed. He went from someone admired first for his blazing banjo prowess, to a maestro of songwriting and astounding multi-instrumental capabilities.

On subsequent records, Huber evolved somewhat sonically, yet by the end of his third album The Hanging Road, it felt like he was stretching to get back to the magic of the first moments from that first record. His wording felt a little forced at times, sort of like Yoda speak in how he would shuffle word order to make the phrases sound more enlightening than they actually were. It was still good stuff, but a break in output has done Joseph Huber well, as do 8-song albums that leave the crowd hungry, like his first record did, and like his latest album, The Suffering Stage does.

It’s hard to say enough about Joseph Huber’s songwriting, and how he’s able to evoke melancholy and forlornness in both timeless and timely narratives, or his ability to step behind most any instrument and pull the magic out of a melody that is eerily perfect for the desired mood and message. But something that can’t be emphasized enough about Huber’s music, and what is at the heart of why his songs have this naturally mournful, yet warming sensation, is simply the way his record’s sound, boiled down to perfunctory recording technique.

So much modern independent roots music is suffering from bad philosophies about how you’re supposed to make records that sound old, and that will somehow instill them with the same sense of meaningfulness and cross-generational appeal as the old classic recordings. There is definitely something to the beauty of American imperfection that can instill an elevated emotional component to music. But Huber is so far advanced in this technique, whether it’s by accident or trial and error, that he makes the professionals sound amateur.

This is beyond just doing your best to make an album sound like it’s coming from scratchy vinyl. Without any of the other virtues Huber brings to the table, this sepia mood that he presents his music in is something so ripe for being cherished. It’s wholly immersive on the senses, like the smell of the inside of your grandfather’s suitcase. It is the sound of fond and distant memory, with a touch of sadness and the empty space of abandoned places.

Joseph Huber’s The Suffering Stage is songwriting first, but solidly country and roots throughout. The fiddle now is just as much his preferred starting point for the music as anything, and the songs jockey between rug-cutting rags and mournful ballads. The verses, though sometimes meandering on their paths, more often than not stumble into generous wellsprings of wisdom, rendered more valuable, and your heart more open to their message from the journey traversed than if Huber just came right out and said it. Piano is also tastefully introduced into Huber’s sound, almost like like it was always meant to be there, most notably in the album’s final selection, “Souls Without Maps.”

The Suffering Stage makes reference to the Buddhist philosophy of life as suffering, and to life as a “stage” that we’re all simply players on. Whether it’s a spiritual journey or a theatrical movement, the point is to walk away with something learned; something gained. This is what Joseph Huber delivers on this record. Old, forgotten memories get stirred to the forefront. Theories on life are recalled and reflected upon. And you don’t end up more happy like music is supposed to do, you end up a little sad and nostalgic, but in a way that’s strangely comforting in a manner simple happiness is incapable of delivering.

Purchase The Suffering Stage from Amazon