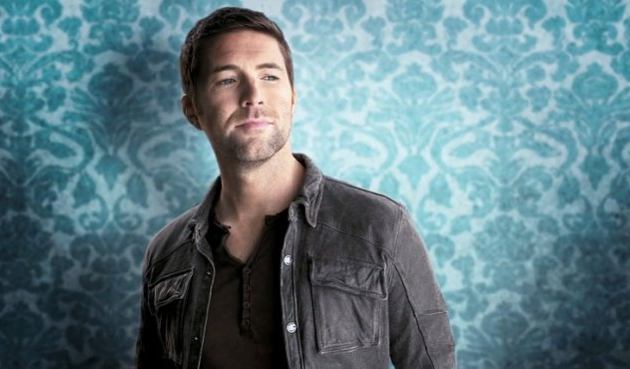 Before we even listen to a peep of the music from this new album from Josh Turner, it already serves as an incredible illustration of the sheer incompetence and creative immorality that so often grips elements of Nashville’s Music Row.

Deep South, and ostensibly in its present form, was ready for release two years ago, or longer. On November 3rd of 2014, Josh held a private event for select press and industry personnel at the SoundCheck rehearsal space in Nashville to preview this record. An original release date on March 31st, 2015 was sent through metadata channels to retailers and distributors (and later pulled back). And appreciate that even at that time—two years ago—Josh Turner’s sixth album seemed like it was the product of endless delays. His last record Punching Bag was released all the way back in June of 2012.

What changed with the record in those two years? If we’re to believe the reporting, not much. The first single from the record, “Lay Low,” was released way back on September of 2014, and that made the cut for the new record. Songs Josh Turner previewed at the album party held 2 1/2 years ago like “Wonder” and “Where The Girls Are” also made the track list. What didn’t? Probably what would have been the only true traditional country song on the record called “Bench Seat” that was written by the 91-year-old Country Music Hall of Famer Mac Wiseman.

So why was a major mainstream country music artist handcuffed for two to three years by his label, MCA Nashville, just to have the same album eventually released? We can only guess, but it’s very likely that lawyers, mediators, and maybe even courts were involved behind-the-scenes, when publicly everyone put on smiling faces and acted like everything was rosy, even though Turner did let his frustration slip upon occasion.

But maybe Turner should consider himself lucky as a more traditionally-oriented mainstream country star signed to MCA Nashville. Remember Gary Allan? His career track over the last few years mirrors Josh Turner’s, but he’s not celebrating an album release. His last MCA Nashville effort was likely shelved or scrapped altogether. You would be blown away how often this happens. Joey Feek recorded an album in 2002 called Strong Enough to Cry for Sony that never saw the light of day. It was announced recently that the album will finally be released in 2017—you know, some 15 years after being finished, and now that Joey Feek is dead and they can profit off her passing.

Like country music Outlaw Tompall Glaser said back in the 70’s while he was running a renegade studio just off of Music Row, “If a guy can’t offer up a good, decent alternative, he should shut the fuck up. But if he’s got a good, decent alternative, all he’s got to do is keep doing it, and pretty soon the whole fucking industry will be doing it, because there are too few people in this town that know what the fuck to do. Because they don’t love it; they’re doing it for the fucking salary.”

And that’s what you get with the situation plaguing MCA Nashville’s Gary Allan, the situation with David Nail who was recently dropped from MCA Nashville, and Josh Turner who nobody will be surprised if MCA Nashville drops soon. The industry mismanages these artists’ careers, they release the wrong singles, misinterpret the market, and then ultimately blame the artists and shove them to the curb to save their own skins. It’s all because many of the people populating the offices of Music Row don’t really care about the music, it’s just a job to them. Even the ones that do show up with passion get worn down and spit out eventually if they refuse to not become a cog in the cold-hearted and creatively-vacant Music Row wheel. 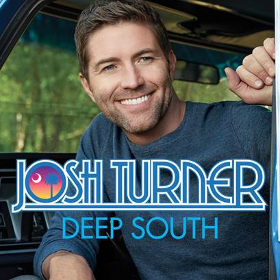 But what of the music on Josh Turner’s Deep South after the incessant delays leading up to this final, triumphant release? Unfortunately, it wasn’t much worth the wait, or the rancor many Turner fans expended trying to win this release. One of the few true traditionalists of contemporary country, Josh Turner and his deep baritone and bass voice were one of the respites on the radio dial for a decade. But realize that the last time Josh Turner released a record, the term “Bro-Country” hadn’t even been coined yet. President Obama was still in his 1st term. So much has changed in country music.

Deep South feels like it was recorded in response to the Bro-Country craze still rolling with full steam in 2014 when much, if not all of this record was cut. No major label was going to release a traditional country album during that mayhem, and this is likely where the seeds of the conflict between Josh Turner and MCA Nashville were planted.

Josh Turner is saying all the right things about this album—how he wanted to just blow off steam and do something fun for a change. This is the company line whenever any artist known more for their traditional or substantive style of country music ostensibly sells out, whether it’s under their own volition or due to the forced slavitude of their label.

Whatever the forces at play behind the scenes that led to Deep South—and they’re likely gag ordered by a court or lawyers, or will never be spoken about in public because never is a discouraging word uttered publicly on Music Row—Deep South just isn’t that great of a record. It’s just one song after another affirming the Southern lifestyle through list after list of Southern identifiers, and a curious slew of songs about girls, more songs about girls, and even more songs about girls from a guy who’s been married for going on 15 years and is pushing 40.

It might be a stretch to call Deep South Bro-Country, or to assign it the misogyny and objectification that the worst of Bro-Country implies. But it skirts very near there. It’s like Bro-Country lite, which means you don’t get what you want from Josh Turner as a dedicated fan aside from maybe a few fleeting moments in audience with his rich baritone, while the album doesn’t have nearly enough roided-out machismo to be commercially viable in today’s mainstream post-Bro marketplace, especially since the material is stale by two years to start. It’s kind of the worst of both worlds, which is what you get when a label, producer, and possibly the artist are scared of their own shadows, and don’t know which way to leap.

And though it would be easy to slander MCA Nashville and Music Row for all of the faults of Deep South, the simple fact is Josh Turner’s name is listed four times as a sole songwriter in the track list, including for some of the offenders of the album like the opening “Deep South” and it’s line about “screaming down a back road like we don’t care.” Turner also solo wrote the lame “Beach Bums.” Some of the better tracks, like the pretty decent “Never Had A Reason” were written by others.

When first listening to the record, I surmised perhaps Josh Turner was able to compromise on this record by saying he’d sing whatever song they gave him as long as they spared him the electronic beats and contemporary production. Because despite all the Deep South flaws, it doesn’t slip into hip-hop mode, or feature screaming arena rock guitars a la Brantley Gilbert. But the liner notes refuted that theory, and though the music may be organic, there is not much fiddle or steel guitar, and Josh Turner’s otherwise greatest asset—his voice—is so over-modulated with Auto-tune or whatever treatment they used on it, it takes all of the life and soul out of the few fleeting moments of goodness this record affords.

Deep South isn’t terrible, it’s just not Josh Turner. If Florida Georgia Line released a record like this, we would praise them for turning a page, even if it was still more awful than good. But this is Josh Turner. This album is so clearly pandering. And making the whole experience worse is the realization that if Josh Turner sat down to make a record today, perhaps with the success of Chris Stapleton, William Michael Morgan, singles from Tim McGraw and others, he could be a part of this more traditional resurgence that may not be taking over the mainstream, but is at least restoring a little balance.

Instead though, we get an outdated, outmoded, delivered past the expiration date Josh Turner Bro-Country lite experiment with lagging singles that will likely get him dropped and will result in yet another great country music career bungled by Music Row.

When will country music learn?