See, this is why we’re fans of music. Because there’s something about the perseverance of the human spirit wrapped in every single piece of audio material, and every single album, regardless of how good it is. We have artists that we follow, that we’re fans of, not just because they do things that seem esoteric, but because they’re human and apt to fail, and then right when you start to doubt them, they will prove to you why you believed in them from the beginning and dove head first into their music, listening to everything you could get your hands on, driving too far see them at a show on a Wednesday night two towns over and paying for it at work the next day from lack of sleep. 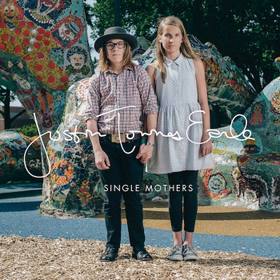 Going into it, I gave Justin Townes Earle’s Absent Fathers very little chance. It’s not that the precursor, or orphaned other half to this now reunited double album called Single Mothers was so bad, it just felt uninspired, lacking direction, with not a lot of creativity or spice to the approach. And I wasn’t alone in this assessment. You just got the sense that Justin Townes Earle was mailing it in. The album before it, the loquaciously-titled 2012 offering Nothing Gonna Change The Way You Feel About Me Now was a creeper of an album if there ever was one. I cautioned in my review to listen to it intently, and repeatedly, and eventually the genius would reveal itself; so much so I eventually boosted the grade on the review some months later.

Taking my own advice, I listened to Single Mothers ad nauseam, and it was excruciating; with little eventual payoff. I just felt like I was listening to the plateauing of what once was one of the most promising new artists in Americana. Before there was the big success of Jason Isbell, Sturgill Simpson, or Shovels & Rope, there was Justin Townes Earle, the son of an alt-country legend named for a songwriting genius that GQ named one of the 25 most stylish men in America. He was the next great hope of independent music, and we’d got to watch him from the ground floor.

But Single Mothers felt like the eventual moment in every artist’s career when the fire subsides, the hunger wanes, they get married, and just want the process of making music and making money from it to be easy. Justin Townes Earle had sat down in this sort of pseudo Motown and Memphis under-developed sound enveloping mostly-decent lyrics that still left some to be desired from the lofty standards he’d previously set.

So if Single Mothers didn’t work out as planned, why get your hopes up at the prospects of Absent Fathers? Even Justin Townes Earle on his Twitter page on the Tuesday of the release said, “I didn’t know my record came out today! Holy shit!” There didn’t really seem to be any sizable push for the album. No excitement. It may have not even been my most-anticipated album released this week at Saving Country Music headquarters. Then you start diving into Absent Fathers, and the first two songs start off where Single Mothers left off—that pseudo Motown sound I referenced above. And just when you’re about ready to stick this CD in your drawer of coasters, that brilliance, that magic that made you a Justin Townes Earle fan to begin with, and stick with him even though the revelations about personal demons and the reality that he really isn’t country anymore, reveals itself with shimmering brilliance.

The realization started with the song “Least I Got The Blues.” It starts off with Earle’s signature strum/pluck style of playing acoustic guitar—a standard of the Justin Townes Earle sound that he never seems to fare too well shying away from. Then it’s the crafty lyricism as he tries to do his muse Woody Guthrie justice. Yes, she’s gone, but he’s still got the blues to keep him company. No whooly original, but still brilliant. 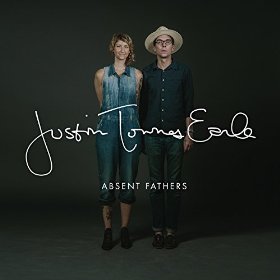 “Call Ya Momma” keeps the winning streak going, despite not being as stripped down, which is another key to revealing the JTE magic. I swear Justin says the phrase “call ya momma” on this album almost as many times as Florida Georgia Line says “girl” in a summer hit, but it never feels tired, it’s the glue that binds the record together thematically, and then forms the bridge to Single Mothers.

Then Justin Townes Earle hits you with “Day and Night,” maybe his magnum songwriting opus, or at least it should be considered in that company from his body of work. The less Justin Townes Earle does in a song, the better the music gets. Sure you have to have some songs help cleanse the palette with a full band experience, and set the contrast for the quieter moments. But alone or with a lone accompaniment is where he positively shines.

One of the excellent decisions with Absent Fathers is to drench this record in stand up steel guitar. Not pedal steel guitar, but its old pedal-less predecessor that has an especially classic, lonesome sound. And never has Justin captured emotion in his voice like in the moments of “Day and Night.” This is grab a Kleenex, thick and heavy shit here that is very hard to behold without breaking out in sniffles. This is Justin Townes Earle doing his name(s) proud.

“Slow Monday” employs a similar stripped down setup of just Justin and a steel guitar, and once again it captures the ideal mood of classic Justin Townes Earle. “When The One You Love Loses Faith” and “Someone Will Pay” are nothing special, again calling on that sort of tired JTE Memphis style, but now that you’ve been buttered up by his austere approach to instrumentation, you’re more susceptible to hearing the joy and artistry in these more produced songs as well. Then once again Earle sends the band down the street for coffee and the emptiness reveals his genius in “Looking For A Place To Land.”

The next piece of business is to ask if Absent Fathers somehow redeems Single Mothers. I think this may be somewhat of a stretch, but I will give it credit for a slight elevation. Absent Fathers has its warts too—a few tracks that could have been swapped for the better ones from Singles Mothers, resulting in one superlative album. But this isn’t fantasy football, and regardless of how flawed the logic or process was that got us to the conclusion of this double album, the result was overall a positive one, and one that doesn’t just reassure us that all that time spent listening to Justin Townes Earle in the past wasn’t for naught, but that he’s still the singular performer and songwriter we thought we always knew and loved.