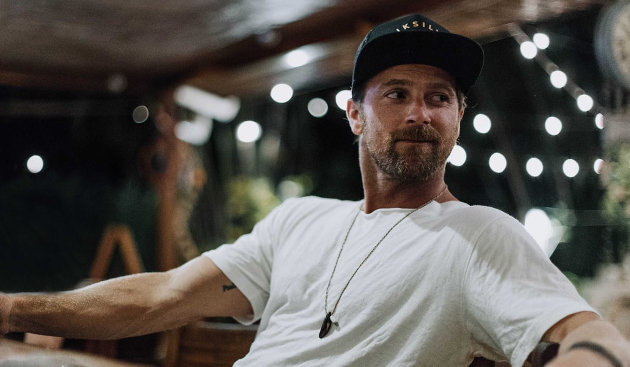 It has come to the point in country music history where we are giving certain songs, artists, and albums a pass, or even extra points, simply because they are more country than things that are not country at all. This is one of the unfortunate symptoms of the stretching of boundaries that has occurred through artists like Sam Hunt. If the music is actually played by humans, we act like we are lucky now, when the involvement of humans should be the most universally-recognized qualifier employed for what is country, and what isn’t.

A couple of years ago, Kip Moore’s perseverance over his label MCA Nashville—which has one of the most pockmarked records for allowing their artists creative freedom and the free flow of music to their fans—was rewarded by the release of his sophomore album Wild Ones. It was a decidedly rock project released on a country label, almost shockingly rock in its approach, especially coming from the guy who owed the start of his career in earnest on the song “Somethin’ ‘Bout A Truck,” which you can specifically point to as a culprit for helping to launch the Bro-Country era in earnest, and just below the pay scale of “Cruise.”

Kip Moore spoke openly about the adversity he experienced trying to get Wild Ones released at the time, how he had to battle to do what he wanted through the restrictive environment of a Music Row major label. And in that respect, it was hard to not root for Kip. Even if it wasn’t country, here was a guy attempting to shake up the system internally, and willing to stand up for himself and his ability to be able to sign off on music that after all, had his name on it.

Wild Ones was still a rock album. Not country rock, not arena country a la Jason Aldean with country affirmations served behind blazing rock guitar. It was just plain rock. And that’s what you get with his newest one Slowheart as well. “But Trigger, what about Jason Isbell you hypocrite?!?” Apples and bowling balls. Jason Isbell actually does have some country in his sound, and springs from the legacy of songwriters in country such as Guy Clark, Townes Van Zandt, and John Prine. Kip Moore has more akin to pure rock icons that he does to anything traditionally considered country. This is a rock record, and so devotedly rock, I can’t imagine anyone who would challenge you on that point. And for that reason, it probably deserves to be docked points for being promoted as country. 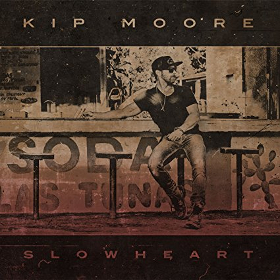 Frankly, I don’t even know why I’m being tasked to review an album such as this. And frankly, I’m not even sure I am qualified to do so. I’m not boned up on the current trends in straightforward rock projects. Is it better than Imagine Dragons? Well I imagine probably so. But that’s about as far as I can go.

But the whole “Is it rock, or is it country?” ship sailed with Kip Moore in the Wild Ones era. We’ve already had that discussion. Now here we are with our pants on and the cowlick combed down, so we might as well regard what we have with Slowheart with a critical ear. And when you do so, you find a record that’s inspired, energetic, and enjoyable, capturing an artist enthusiastically diving into what he wants to do creatively, and resulting in tunes that do quite well in engaging the audience.

You can’t emphasize enough just how “rock” this record is, and that Kip Moore has a “sound.” The smoother vocals captured earlier in his career have been replaced with a distinctive rasp. The guitar tones, and the mode of the music comes from a decidedly specific approach to rock that is Kip Moore’s, melding each song where it is part of a unit, and blends well with the others.

People will like this record, and you want to like Kip Moore, if for no other reason than he is such a renegade, and is willing to fight for himself. He seems like a guy you would want to hang out with. In the aftermath of Charlottesville, he was one of the few artists in “country” who had the audacity to speak up about the issue, and though this shouldn’t be required of anyone, that doesn’t mean it isn’t refreshing and important to see someone bust through the stuffy silence of mainstream country to speak their mind.

Yet as fun as Slowheart is, like the rollicking song “Bittersweet Company,” there is some material on here that is frankly pretty shallow, like “Fast Women,” which veers uncomfortably close to Bro-Country, and the pretty awful “Blonde,” which tries to be poignant, but really just comes across as insulting on multiple levels. “Blonde” is like Sam Hunt new school metro bullshit wrapped up in country lyrical cliché, trying to say something deep, but hiding behind severe judgement.

One frustrating thing about Slowheart is some of these songs lyrically would make excellent country songs. The beginning track “Plead The Fifth” would be perfect as a steel guitar-laced tearjerker, and “The Bull” also works well lyrically as a country song. But these are also the two tracks on Slowheart Kip Moore didn’t have a hand in writing.

A lot will be made by the final song on the album, “Guitar Man,” as there probably should be. If Kip Moore was putting out records full of songs like this, we probably would be speaking about him in the same breath as Jason Isbell. Country, well-written, sentimental without getting too sappy or too Mellencamp, it’s just a shame “Guitar Man” was buried as the last track of the record, like country’s major labels always seem to do with with the best song of a given set, while the leadership would be to put it first, and release it to radio.

Look, we’re all music fans first, and then our allegiances break down certain genre lines. Kip Moore has made a record that has a lot of appeal to it, and even some forward thinking despite a few missteps. Give him credit, and give him even more credit for doing it within the bounds of the restrictive environment of Music Row. But it’s not country, and can’t be quantified in the way with any convincing manner. But listen, and you may like it.