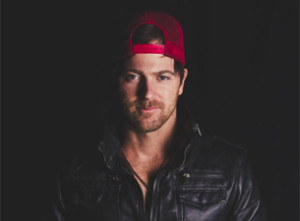 As further evidence that Music Row in Nashville is completely out of ideas and totally devoid of any true direction, I offer into state’s evidence Kip Moore’s latest album Wild Ones. Though you may discover significant plaudits for this project and its refreshingly forward-thinking and non “Bro-Country” approach,  Wild Ones is a wolf in sheep’s clothing, and despite Kip’s willingness to take sonic leaps in the music itself from what were used to hearing in the mainstream country realm, a deep listen reveals little depth of songwriting, and a reliance on a style that is interpretive and derivative of the outmoded “Avett Brothers/Mumford & Sons/Lumineers” influence as opposed to a truly original expression, regardless of how foreign it might sound to the fawning ears of country music.

To understand how we arrived here, it might be helpful to revisit Kenny Chesney’s album The Big Revival from 2014. Apparently Kenny had an entirely different album recorded and in the can when he decided to completely switch gears. Indications were that Kenny had amassed an album of material that veered into Bro-Country territory since this was the hot style of the time, but sensing a shift in the winds, he scrapped it, took a year off from touring, and with long-time producer Buddy Cannon, pointed his nose in a completely different direction that resulted in the release of the first single called “American Kids” complete with minor chords, hand clapping, and Lumineers’ style “Hey!” shouts.

Kenny wanted to be ahead of the curve and not behind it, and indications in 2014 were that Bro-Country was on the heavy wane. That health assessment of Bro-Country was likely true, and it’s not that over the last year Bro-Country has found a second wind as much as it has refused to die. Big time artists such as Luke Bryan and Florida Georgia Line have doubled down on the style, and the result has been a unfortunate prolonging of the era.

Though it would be unfair to lump Kip Moore in with the inner sanctum of the Bro-Country sect, the biggest song of his career so far has been the decidedly Bro mega hit “Somethin’ ‘Bout a Truck.” Kip was already veering somewhat in the direction of the style we see reveal itself in full force on Wild Ones before the release, so we can’t be wholeheartedly surprised by the overall style of this album. And it is fair to say that for country in 2015, it is very forward-thinking, fresh-sounding (at least from the mainstream country perspective), and most importantly, a very enjoyable listen in places.

It’s not as much that Kip Moore’s Wild Ones is bad, it’s that its not as good as it appears on the surface. Sonically, this album takes the most potent elements of Mumford & Sons and the Lumineers, combines them with the most potent elements of arena rock, and then under-the-radar slips in a lyrical style that is slightly more advanced, but nonetheless indicative of Bro-Country. Without question, this concoction of ingredients is powerful on the ears, but sort of doesn’t hold up under its own weight. It’s almost too theoretical as opposed to practical, and by the end of the album, every song begins to sound the same.

And possibly most important to point out, Wild Ones is in no way country. And when I say “in no way,” I would put this album in the Sam Hunt territory for non-countriness, if not even calling it less country that Hunt’s Montevallo. Yes, there’s more guitar, more real drums, more organic instrumentation coming from Kip, though there are songs like “What Ya Got On Tonight” that start out with an electronic beat. But just because something is straight rock instead of EDM or hip-hop doesn’t recuse it from non-country criticism. Wild Ones is a rock album, and it is completely unwarranted for it to be labeled as country. 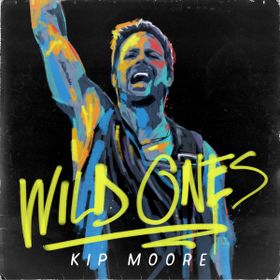 But we’re all music fans first, and then our loyalties break down genre lines, right? And I’d be lying if I didn’t say that the second half of the song “Come and Get It,” and numerous other moments in this album didn’t have my heart racing, and that it didn’t evidence an advanced methodology in making popular music. If nothing else producer Brett James and Kip Moore himself—who had a hand in writing every one of these songs—deserves a stiff pat on the back for crafting a vision and seeing it through cohesively, especially in the creatively-bereft environment present on Music Row. But in the end these are country guys making a Lumineers-influenced rock album, and there’s going to be limitations. The “Hey’s and Ooh’s” and other shouts are just so remarkably transparent here some three years removed from The Lumineers heyday. There’s a song on this album called “Magic” that sounds so incredibly close to Mumford & Sons it’s eerie.

Still, the care these songs were arranged with is quite remarkable, and probably deserves some praise. Just like Mumford, it can stir the spirit. Though Eric Church has worn out his right hand patting himself on the back for the musical advances he’s made over his career, some of his “progressive” moments have been nothing more than guitar wank offs and rhythmic hijinks that disregard groove and just try to impress you with acrobatics as opposed to making you feel something. Though it’s undoubtedly derivative, the music of Wild Ones “works” for the lack of a better term. It’s the way Wild Ones is such a parade of the same approach one song after another where the sonic leanings become weary, and start to chafe on themselves like a magician who does the same trick one time too many.

But the real issue with Wild Ones is there’s really just not much there when regarding the lyrics. Is it as vapid and one-dimensional as Florida Georgia Line? Of course not, but it leaves a tremendous amount to be desired as Kip fills in advanced compositions performed admirably with wimpy and narrowcasted tropes about Saturday nights raising hell, slinking into back seats for teenage sex, and braying on and on about what a badass he and his buds are. The songs “That Was Us” and “I’m To Blame” work almost exactly the same in the lyrical approach, basically naming off an event or artifact, and attributing the result to how awesome Kip and his friends were back in the day.

Moore doesn’t just name drop Mellencamp in one of the songs, he emulates the Cougar in the lyrics throughout this entire record. And just like with the Lumineers sonically, Kip borrows the most obviously parts of the influence, while leaving behind the meat and potatoes that go into making more meaningful music. The one line in “That Was Us” about the protagonist and his buddies getting pulled over by the cops on their way to take revenge on a guy who beat up one of their female friends is one of the few moments “story” works itself into the equation of Wild Ones. “Girl Of The Summer” tries to be a love song, but again is more nostalgia than storytelling at its heart. Instead we just get one reminiscent bragging montage after another. That doesn’t mean some of these songs don’t work. There’s a tune on the Deluxe Edition called “Backseat” that is totally a take on the whole Bob Seger “Night Moves” nostalgia trip, but Kip hits a groove and the song resonates.

Something else bothersome about the record is Kip’s voice. He’s never been regarded as some remarkable or unique singer. It’s Kip’s energy and enthusiasm as an entertainer that has landed him in the mainstream. Throughout Wild Ones, Kip is using this sort of growling affectation that at times definitely fits the mood, but just like how the same sonic parameters applied to each song get old, so does Kip’s singing style. He seems to be trying too hard to sound like something as opposed to finding the natural tone and register of his voice.

It’s never my intention to dispel someone’s appeal for music by conveying a critical viewpoint. If I was a mainstream country fan that had grown weary from years of the Bro-Country onslaught, and was a fan of Kip Moore’s to begin with, I would find plenty to favor in Wild Ones. Musically, there’s a lot of moments of substance here. They’re not country moments, but they’re music moments nonetheless, and those can go discounted because it’s so hard to find music that resonates at all these days.

But this album could have been more. Artists, producers, and players who grew up performing country are always going to fail to some degree when they try mixing in influences from outside of their history. And if you’re going to swing for the fences with an advanced sonic palette, then don’t allow the lyrics to become secondary.

Overall, the result is sort of a mixed bag. Though the attempt to do something different, and sway country in a direction away from EDM and hip-hop influenced slop, and back to accepting something with more organic instrumentation is certainly appreciated.

1 Gun Up for an advanced and forward-thinking approach to the music.

1 Gun Down for lackluster lyrics, some sonic sameness to the approach throughout the album, and being labeled country instead of rock.