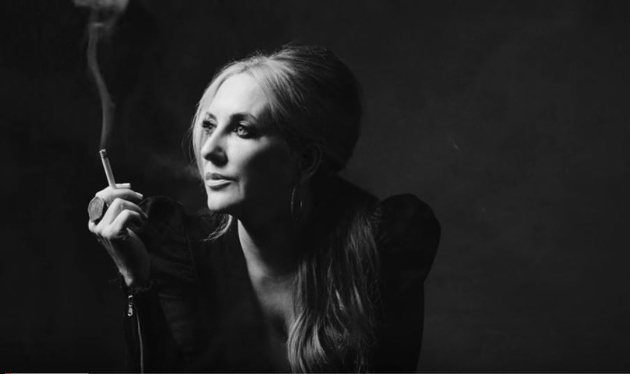 It’s funny. You mention Lee Ann Womack to certain segments of traditional country music fans, and you’re liable to get a sideways glance, or downright gruff. Little do they know the leadership Lee Ann has exhibited over the last decade plus in keeping the roots of country music alive.

To a large swath of country music people, their point of reference for Lee Ann is her smash #1 hit from 2000, “I Hope You Dance.” The song was so big, and her mainstream success was so hit or miss afterwards—which then lead to a period where she downright disappeared—you really can’t blame those people for not knowing what a powerhouse of true country Lee Ann Womack has become, including when she was still on a major label. And though it is distinctly country pop, the simple truth is “I Hope You Dance” is an incredibly good song. Timeless. In fact it might be one of the best ever in the entirety of the country music canon.

But Lee Ann Womack didn’t write it. Nor did she write any of the material on her last record The Way I’m Livin'”, or much of the material throughout her career. We give credit to some performers for being great songwriters for themselves, but there is a distinct skill in being a good song picker too. Sure, it’s probably not as demanding as writing good songs, or is it? Knowing a good song when you hear one, not just from your own personal tastes, but something that will resonate with listeners, and something that you can sing well and that fits your style, and something your audience wants or expects from you, is often the skill that separates the good artists from the great ones, even the ones who write their own material, but still must choose what to record.

Lee Ann Womack recorded a song from Chris Stapleton way back in 2005. She was an early supporter of Bruce Robison. While the rest of the country world seemed unaware, Lee Ann Womack recognized the songwriting skill of Waylon Payne. Even Brent Cobb was put on many people’s radar way before he became a solo performer from writing songs for Lee Ann. Odie Blackmon, Jim Lauderdale, and Brennen Leigh are some other names who’ve benefited from Womack’s songwriting credits. Like George Strait and others, Lee Ann can sing a country song better than most, but it’s selecting them that separates her from the crowd. 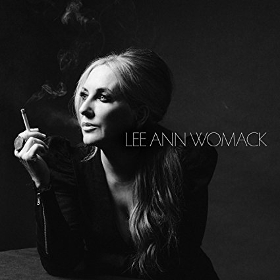 Lee Ann Womack’s latest album The Lonely, The Lonesome, & the Gone has more co-writes from Womack than any other album she’s ever released, arguably making it her most personal. It also feels like the spreading of wings a bit in the stylistic approach. But moreover it is Lee Ann doing what has made her a favorite among many, which is finding the songs that somehow have sifted through the fingers of the rest of Music Row with its skewed priorities, and singing the bejesus out of them with a voice that has been raised to the level of the iconic from how many recordings its graced that have gone on to become the definitive version of a composition.

The Lonely, The Lonesome, & the Gone starts off a little strange stylistically, almost like it’s trying to stretch Lee Ann into the realm of this Muscle Shoals revival that east Nashville and Americana has been obsessed over for the last few years. Kudos for keeping things spicy and relevant, but sometimes it feels like producer and Lee Ann’s significant other Frank Liddell tends to get a little too cute, trying to put his own stamp on Lee Ann’s sound as opposed to finding its true, natural style.

The album starts off with a song called “All The Trouble” that tries to set a dark mood, but ultimately doesn’t say very much. The title track, “The Lonely, The Lonesome, & the Gone” could have been a really heavy hitting classic country tearjerker, but the steel guitar is buried in the mix for some reason, and the style seems too contemporary for the songwriting. The fuzzy, dream pop guitar tone on “Shine On Rainy Day” may be appropriate for some, but not for Lee Ann. She shouldn’t try to compete with the east Nashville retro hipsters. She’s better than them, and should be informing their sound instead of attempting to follow it.

But this record finds its footing in the middle portions, to the point where any disagreements you may have with the production team become forgivable. “End of the End of the World” solo written by Adam Wright is one of those songs that would have put people in the Hall of Fame if it was written 50 years ago. The playful, swaying beat of “Bottom Of The Barrel” by Brent Cobb and Jason Saenz gives the record its most appetizing and infectious moment. The three primary songwriters on this record—Womack, Waylon Payne, and Adam Wright—team together on “Mama Lost Her Smile” and the heartbreaking “Sunday,” and the results are pure magic.

You may ask yourself why we need yet another version of “Long Black Veil,” but Womack proves why. As iterated above, Lee Ann has a way of putting a definitive stamp on whatever she chooses to sing, not just because of her natural talents, but from knowing what she can clobber out of the park while standing in front of a mic, sometimes with sheer power like she did with the ultra-contemporary “I Hope You Dance,” or in the case of “Long Black Veil,” with hushed tones taken to one of the oldest and most revered compositions in country music history.

There’s a reason why Miranda Lambert—who shares many of the same songwriters and the same producer as Lee Ann—decided she needed to release two discs instead of one for her last album. During an era in country music when some of the best songs are being overlooked by Music Row, and it seems like a severe risk that this material maybe be resigned to demo tapes and legal pads for eternity, Lee Ann Womack is stepping up to give these songs breath and life, and contributing her own words more than ever, benefiting from the rest of country music’s shortsightedness. The rest of us benefit too when a record like The Lonely, The Lonesome, & the Gone gets pressed.