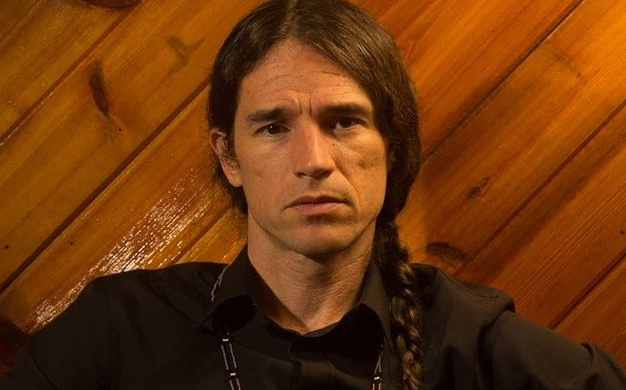 This review has been updated.

In the honky tonks and country bars of Austin, TX, Leo Rondeau isn’t just a regular performer. He’s a fixture, an institution, the fulcrum that everything else swings around. He’s the man that the up-and-comers take their measure against and seek to emulate in dedication and stature, and the old timers see as the one who will eventually take their place. From The White Horse on the east side, to Sam’s Town Point in the south, and plenty of places in between, he is one of the small handful of performers you seek out if you truly want the authentic taste of what Austin’s contribution to country music is all about, whether he’s in the city or you encounter him out on the road.

Leo Rondeau will not impress you with a flashy stage show. His appeal is not evident in some dashing display of brilliant country music musicianship. He doesn’t possess a one-of-a-kind voice (he refers to it as ‘mumbly’ on this very record). Rondeau doesn’t even really boast an immediately-recognizable style of songwriting that makes him stand out as a specimen all his own. Looking for some obvious gimmick or a style marker from Leo Rondeau to slot him nicely into a segment of the country music universe is to come away empty, and to completely miss the underlying magic to him.

It’s Leo Rondeau’s understated nature, both in the studio and on the stage that create a slow, rolling boil of appeal in him. There’s no pretense to Leo, no show, no lofty ambitions that would inhibit him from being himself. There’s no latency between Leo Rondeau and what he sings about. What you see is what you get, and that sincerity is the reason people buy into his music so deeply, including many of his fellow musicians. Call it the Blaze Foley approach, of whom Rodeau covers on the last song of this new record. It may or may not be in this lifetime, but the honesty and authenticity of Leo Rondeau will prevail where other legacies will falter. 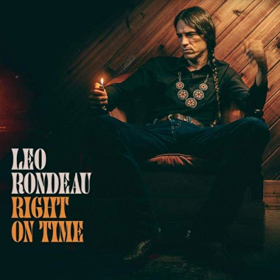 Never a very prolific studio artist (this is just his third full-length record in 10 years), Leo isn’t looking to fulfill some regular release cycle for label interests or arbitrary self-imposed benchmarks of productivity. He’s looking to write and perform songs that will entertain the Texas honky tonks and never leave, being passed down to the next generation of performers just like Leo has done with the songs of Blaze Foley and Doug Sahm. Instead of looking to use music as a stepping stone, it’s about embracing your place in a country music legacy greater than yourself.

Leo Rondeau’s new album Right On Time gives no quarter on the emotional faculties of the listener. It’s a brutal account of bloody autopsies delving into the broken hearts of honky tonk characters. Rondeau doesn’t jab you with quick wit, he lays waste to you with one haymaker after another in steady succession. If you’re going through a bad breakup, or just count yourself one of those country music fools who loves to listen for punishment, this is the record for you.

Yet perhaps the most heartbreaking moment on Right On Time is the autobiographical song “Washed Up Troubadour,” where Rondeau’s tragic diagnosis of his self-inflicted honky tonk destiny might be the best window into understanding the unique allure of his music; why his words hold such soul, and such sway with audiences. Looking in the mirror and wishing he could quit, tired of the late nights and pinballing between women, but not knowing a better path forward or how to punch a clock anymore is a hard revelation to hear. But in Rondeau’s most honest and straightforward moment on this record, he also achieves his most poetic, as his own story ultimately becomes the most compelling.

Lo and behold I couldn’t write solid gold, and I never made it out of the bars.
And I never graced that Opry stage, or rode in their fancy cars.

When Leo Rondeau is performing, those ten thousand hours of holding court on bar stages—whether it’s for two-steppers not wanting to stop moving, or a few attentive drunks holding out until closing time who listen intently—have a resulted in an effortless mode of expression.

Of Chippewa Indian descent, Leo Rondeau may have never achieved the national recognition that some of the performers he shared the stage with have over the years. But many of these performers will never achieve Leo Rondeau’s level of heart and dedication to his craft, while Leo’s place in the annals of the Austin honky tonks and other dedicated haunts across the country is more than secured, and not just in the service time logged on calendars, but in the legend held dearly in the hearts of the patrons, the bars, and the fellow artists who witnessed him perform, and the sincerity he displays. Leo Rodeau is the ideal of the tragic country music poet just waiting to be discovered, and there’s nothing more country music than that.

Editor’s Note: After posting this review, Saving Country Music was made aware that Leo Rondeau is now living at least part of the time in Nashville, despite still regularly playing in Austin. “Yes I moved to Nashville, but obviously back in Austin regularly. Splitting would be accurate as well. Still have Texas license but get my mail in Nashville,” is how Rondeau responded. The review has been partially revised to reflect this.

Purchase Right On Time from Amazon