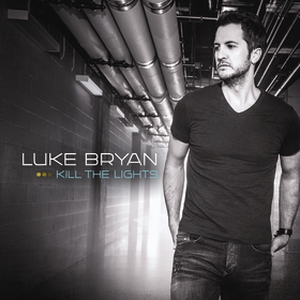 Luke Bryan did not get here by happenstance, and he’s not going to blow his opportunity to remain on top by making poor decisions. Tell yourself his music won’t last through the cruel inquisition of time. Tell yourself he has no talent, and that he’s an idiot on and off the stage. Reassure yourself that eventually he will be relegated to a laughing stock of history with his shallow songs and shortsighted goals. Certainly this prognosis is a fair accusation to level at an act such as Florida Georgia Line, who lucked out with a catchy melody on one song, and now have set up their grandchildren’s grandchildren financially for life . . . and subsequently keep trying to rekindle that magic with one vapid reach after another.

But mainstream country music stars, just like everything in life, can’t be generalized with one blanket approach, especially when you’re talking about albums, and not just singles.

When regarding Luke Bryan’s singles, he goes head to head, toe to toe with any and all of the worst country music offenders of all time, and the singles of Kill The Lights easily carry Luke Bryan’s lofty benchmark set with songs like “Country Girl (Shake It For Me)” and “That’s My Kind of Night” for embarrassing the genre, and ultimately may constitute a new historic low.

“Kick The Dust Up” (dealt with HERE in more depth) is pure dreck. The title track “Kill The Lights” has one purpose and one purpose only: to be a medium for Luke to launch into his gyrating sex dances on stage during the live show. “Strip It Down” tries to meander into something resembling a love story, but like so many recent Luke Bryan singles, it’s just sex baiting with a floppy premise and a failed double entendre laid over a recycled R&B beat.

“Home Alone Tonight” with Little Big Town’s Karen Fairchild is an immature, nutrient-void extension of the selfie culture where two happy-married late 30-somethings pretend to be early 20-somethings and sing about taking revenge pictures and sending them to ex’s to piss them off. Great use of country’s duet legacy there Luke, and what exactly is Fairchild doing cavorting with Bryan when she’s supposed to be one of the progressive voices for country music’s women?

“Fast” in the 6th track position is the very first time we hear something resembling anything close to substance on this record, and even that is a stretch. Ruminating on the passage of time, this song could have gone somewhere if it had continued its premise to include things like kids growing up, maybe grandparents passing on, and marriage anniversaries met. Instead it gets stuck in glory days mode, making sure to ingrain in you the philosophy that life sucks shortly after high school ends, just like so many shallow country songs do these days.

But bad is one thing, and offensive is another, and this is the territory Luke veers towards with what’s sure to be a big single from Kill The Lights called “Move.” It’s one of those “I love it when you talk misogynistic to me” type of modern country songs that is told from a male’s perspective, but really females are the ones who will eat it up en masse. Florida Georgia Line, Luke Bryan sees your “stick the pink umbrella in your drink,” and raises you, “C-O-M-E, Come on, I wanna see you . . .” and lines like “Had a rocking little body with a Yankee strut.” This is one of multiple songs on this album that mentions country songs, yet seven songs in and we’ve yet to hear one.

But this leads us into the portion of the album where Luke Bryan Inc. shows its savvy. All the singles on this album are front-loaded in the first half, with the first three songs almost guaranteed to be #1’s. Then the second half is full of album cuts, and why not configure things this way? Luke Bryan’s shallow fans short on attention spans won’t listen to the entire record anyway, so put everything worth being heard by passive listeners first, and then offer something more deep in the second half to fend off critics and criticisms that Luke Bryan is nothing more than a country music dancing gigolo. This is why Luke Bryan is the reigning Entertainer of the Year. Florida Georgia Line, Sam Hunt, Cole Swindell, Chase Rice, and others just kept going with one single-vying song after another. Luke Bryan understands the value of offering a little something more to listeners who are willing to listen a little longer.

Let’s not get ahead of ourselves though, you’re not going to be rewarded with much of significant value if you soldier through the first half of this record. But what the second half proves is that Luke Bryan does have a conscience, does have a soul, and though it could make you resent him even more because you know what he’s capable of (as opposed to the younger artists who don’t know any better), it’s hard to not give Luke at least a little bit of credit for trying, if for no other reason than he didn’t necessarily have to. Mainstream country fans don’t listen to full albums anyway, but for the small minority still out there that still do, Luke gave them something somewhat decent.

“Just Over” and “Love It Gone” don’t really have much of anything, but at least they’re real songs played by real humans (mostly, at least). “Love It Gone” could have been a hit in the mid 2000’s with a strong chorus and at least a plausible story. “To The Moon And Back” may I dare say is actually kind of good, and that’s what will happen when you give a female songwriter like Hillary Lindsey a chance.

“Huntin’, Fishin’ And Lovin’ Every Day” was a little too late 80’s Alabama and laundry list for me, and that only seems fitting since it was penned by the notorious “peach pickers” (Dallas Davidson, Rhett Akins, and Ben Hayslip). With a strong bass drum beat and phase guitar, you can almost reach and make this into a Waylon song . . . almost. Except Waylon never shoved mundanity down our throats and told us, “Hey, we’re just singing bout what we do everyday.”

“Scarecrows” would’ve worked better if the laundry list model hadn’t been so grossly overexposed by Bro-Country over the last few years, but it’s not bad. It yearns for depth, sort of like “Drink A Beer” did, yet sort of falls flat, though not for the effort.

It’s almost like even when a mainstream male star these days is putting together a run of decent songs, it’s still imperative that they pull up just short before someone listening actually feels something, or comes to some sort of realization, and gets so startled that they go searching for more songs that deliver a similar result and end up an Americana fan. Right now a song like Garth’s “The Dance” would make the entire country music industry implode.

But give Luke Bryan his due for not making an album that totally sucks stem to stern. Does this latter half of songs somehow make up for the first? Not by a long shot. If anything, the first half is so bad, and so offensive to the standards and roots of what once used to be considered country music, that the negativity from the first half bleeds over.

Yet Luke Bryan earns himself a reprieve from the fiercest criticism and ridicule, at least from the album perspective (the respective singles are another story), by proving he’s not a total incompetent country music lightweight. We know Luke Bryan is capable of more because we’ve heard it in the past, and we hear it here in spats. He’s just gladly allowed the puppetmasters to pull his strings through his singles, and ultimately that’s what he’ll be remembered by in this singles-driven market.

The problem with money is you can always have more of it, and Luke Bryan has fallen into that classic trap. But that doesn’t mean he’s without talent. It just means he has a very limited widow to show it in, while blockbuster singles garner all the attention, and do the most damage.