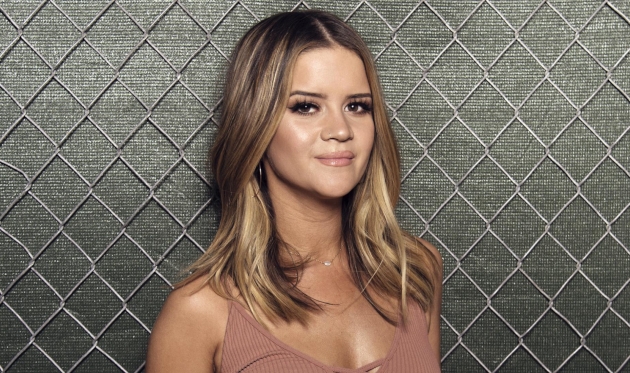 The concerns and conflicts surrounding the encroachment of pop into country music constitute a battle of evermore. Ever since country music became a going concern worth cataloguing, pop styles and commercial sensibilities immediately began to present themselves within the genre, along with the criticism from concerned parties about the implications they may have on the music moving forward. As a music art form that was commissioned from the very beginning to preserve and pay forward the historical narrative of America’s agrarian and rural population, the concern for its ongoing integrity is not a triviality. It’s at the heart of what makes country unique in the panoramic of popular American music genres.

Maren Morris certainly isn’t the first, will most definitely not be the last, and can’t even be described as the worst to ply pop elements in country either in part or predominantly. It is certainly true from any honest and objective perspective that Maren Morris’s second record, GIRL, is one of the most exclusively pop albums to ever be released in the country format, setting up immediate conflict in a way that is both preordained and spectacularly predictable. But that doesn’t mean it’s effort is unprecedented in country music history, or that the music is rendered horrible simply from this original sin of miscategorization.

GIRL can be analyzed with excruciating detail, combed over, decomposed and splayed out into its most essential elements, and still not even a modicum of anything that could be construed as “country” by even the most liberal of interpretations of that term can be procured. This is not the case for other often highly criticized commercial country performers and their respective records, including the most grievous offenders of genre mischaracterization such as Sam Hunt, Kane Brown, Florida Georgia Line, or Walker Hayes. Even these projects will feature tokenary banjo, or maybe fiddle, or perhaps agrarian themes in the lyricism. But GIRL can’t even claim these perfunctory homages to country.

What GIRL can claim is sensible, fun, amicable, and safe pop songs that play well to a wide demographic. And despite the damning characterization of the songs and this album as country, they are not nearly as offensive as some or many albums and songs that might by definition be more country, but are addled by other adverse elements or notions offered in poor taste irrespective of genre. In fact one of the surprising aspects of GIRL it’s just how placid and elementary it is. Even though Maren Morris couches herself and is characterized by the media as some sort of political raconteur and dynamic groundbreaker in both country and popular culture, GIRL ultimately reveals itself as just more generic pop music, fawning for radio play and wide commercial acceptance. 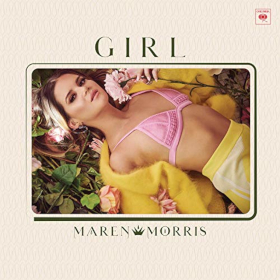 Maren Morris boasts of her creative alacrity and ingenuity in the song “Flavor,” saying in part, “If it ain’t familiar, it’s ’cause you ain’t had it yet.” Yet the underlying takeaway from GIRL is its raging familiarity in the way it leans on pop tropes, safe composition, and simple melodies to garner its appeal. Even applying such efforts to country isn’t original, as explained above. Maren’s supposed courageousness against those individuals and institutions that would inhibit her apparent creativity is just self-affirming bluster that has no bearing on the outcome of GIRL. However Maren and this record do work to erode the unique “flavor” of country music, supplanting it with the same pop flavor that is prevailing over all popular music in the onset of the monogenre.

This album is just some playful and infectious formulaic pop songs that are easy to fall for such as “The Feels” and “All My Favorite People Do,” mixed with some rather tired but inoffensive adult contemporary fare speaking to her relationship with fellow performer Ryan Hurd—efforts like “Great Ones,” “To Hell & Back,” and “The Bones.”

About the only song that offers interesting discussion points is her collaboration with Brandi Carlile on the song “Common.” Yet here, Carlile’s inspired vocal performance and an interesting song idea are lost in clunky execution that takes a song that is supposed to speak to our commonality as one that can easily be interpreted as blasphemy by all of those who believe in a higher power no matter the origin. Brothers Osborne offer some interesting texture and a cool guitar solo to “All My Favorite People,” but even this attempt at resuscitation only results in a fun but pretty customary pop song.

As pop, Maren Morris’s GIRL probably works pretty well, and may even excel or be an above average effort in that realm when balancing it out against peer examples. And even as a country fan, you may favor a song from GIRL coming over the radio compared to the latest offering from some Bro-Country holdover tractor rapping about a date rape in a corn field. Young girls will find favor with this music, and their parents will tolerate it when it comes over shared speakers, and may even find themselves humming along to a few of the tunes.

But Maren Morris and GIRL are still not country, setting up the inevitable conflict seen since the beginning of the genre, and resulting in much of the unfortunate unpleasantness that comes with it. Some fans and media members knowing down in their hearts what a misnomer it is to call this music country will side step the issue in the effort to enhance the prospects of a woman in a genre they feel is too bereft of them. Of course women should have their place in country music, and that place continues to constrict in concerning ways. But there should also be a place for country in country music, and it happens to be that Maren Morris and GIRL pose a threat to both these concerns for women and country by shading out actual female country stars, and usurping important radio slots, awards, and other opportunities from them.

The sooner Maren Morris moves on from country—which she already has partially with the Target commercial/pop smash “The Middle”—the sooner country music can get back to offering what makes it unique in the tapestry of popular American music genres, the women of country can begin to thrive again instead of being beset by the incursion of pop, and Maren Morris can be free of the criticism that appears to concern her greatly.

Pop will always have its place in country music, and there’s nothing wrong with it as an art form. But music and artists that are unwilling to dignify the country genre with even a shred of appreciation or homage to the roots—while at the same time exploiting country music’s opportunities to be heard by the masses for their own personal gain—should never be allowed to reside within country music’s borders unchecked, especially when these carpetbaggers and interlopers thumb their nose at the idea of country music having borders in the first place.