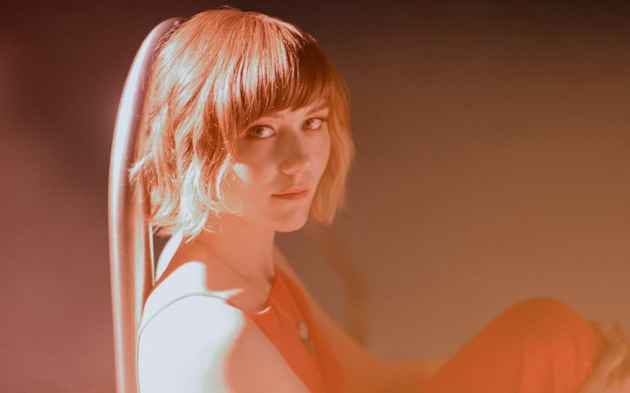 Without embellishment or hyperbole, California native Molly Tuttle can be presented with almost universal consensus throughout the music community as one of the greatest living instrumentalists of our time, and in any genre or discipline you’re inclined to discuss. Her skills are beyond simple mastery of a given technique or style. In the implementation of her signature, customized clawhammer approach to guitar playing or her flatpicking method, Molly Tuttle has attracted fans, students, and disciples well beyond her native discipline of bluegrass to be considered a marvel the world over. And it’s not just the astuteness she exhibits with the instrument, it’s the effortlessness of the delivery that is both awe-inducing and inspiring. Watching the guitar playing of Molly Tuttle isn’t just enjoyable, it makes you want to be a better person, and more importantly, compels you to undertake that task.

It’s for this reason that Molly Tuttle became the first ever woman to win the International Bluegrass Music Association’s Guitarist of the Year in 2017—an honor she then retained in 2018. She also won the 2018 Instrumentalist of the Year from the Americana Music Association, and all before she had released an official debut album. But perhaps most astounding when basking in the talent that is Molly Tuttle is her gifts are not just confined to the fretboard. Despite her studious application of guitar skills, she manages compelling prowess as a singer and songwriter as well. Molly Tuttle’s talents spill out into all of the necessary attributes a world-class artist needs to excel, including intangibles such as disposition, appeal, infectiousness, and the commanding power with music that wells from all great performers.

It’s fortunate that Molly Tuttle is a multi-tool performer, because however spellbinding it is to witness her fingers be spirited across wood and wire, we live in the age of the song, not the guitar. The days of guitar gods are gone with the muscle cars of the 70’s. It’s not that listeners still don’t appreciate the skill of lead players and improvised solos, but with so many musical prodigies instructed from impressionable ages these days, it’s not as unusual to see a super skilled musician as it once was. However, you can still distinguish yourself from the swell of professional music hopefuls and find your way into a listener’s heart with the right melody and story. 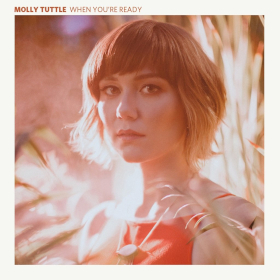 It’s with this understanding and a reasonable desire to expand her musical dimensions beyond bluegrass that Molly Tuttle recorded her debut record When You’re Ready for Compass Records. Venturing beyond the more bluegrass approach of her 2017 EP Rise, Molly explores accessible compositions that could be labeled acoustic folk rock, or even folk pop just as much as traditional string music. Certainly the sound still expands out from Molly Tuttle’s acoustic flat top, but the appeal and acceptance it searches for yearns for a wider audience.

“Take The Journey” is the song from this newest collection to consider the marquee performance. It’s both the perfect forum for Tuttle to display her brilliance behind an acoustic guitar, but it also wins appeal with story and message. The arrangement feels both earthy and grounded, yet tastefully progressive. Molly also challenges herself, and allows her voice to find a more expressive range on this record, specifically on the songs “Don’t Let Go,” and the shiver-inducing “Sleepwalking.”

Bluegrass is so often regarded as an older person’s pastime, but Tuttle, who is in her mid 20’s, centers her songwriting around the things that are relevant to her heart, which is the search for love and the frustrations often found in young adulthood. This makes this album feel more fresh and relevant than just another trip through the old trusty string band subject matter about simpler times and smoky hollers. When You’re Ready is the sound of a pining heart.

The one problem is Molly’s songwriting and arrangement rarely gives her the opportunity to showcase her preeminent skill and appeal. Similar to how sometimes great singers fail to write music to their vocal strengths, Tuttle rarely finds the space to show what she’s capable of instrumentally on this record, beyond the stirring moments of “Take The Journey.” A lot of people like to attribute the downfall of Van Halen to the departure of David Lee Roth, but the deeper story is that Roth’s departure paralleled Eddie Van Halen growing tired of being a guitar stud, and he started focusing more on songs and synthesized keyboards where his skills were fine, but nothing special.

Molly Tuttle has expressed not wanting to be hamstrung by genre with this record, but in her desire to not be pigeonholed, a signature flavor for some of these songs feels elusive, while at times the record finds sensibilities fair to label as too saccharine. Along with guitar, Tuttle is terribly skilled with the banjo, but it doesn’t make an appearance on When You’re Ready at all. These concerns are less about genre, and more about trying to forge a musical style totally unique to Molly Tuttle. When you disregard genre, you can break down barriers, but you can also dilute important flavor to music to render it distinct. There is a little mandolin, and overall it’s still fair to label this a roots record. But it may be more indefinable than anything.

Bridging her guitar talent with her desire for a songwriting-first approach will be Molly Tuttle’s greatest challenge, but one worth undertaking. In the present and for years to come, Molly Tuttle will be the benchmark all other acoustic guitarists measure themselves against. When You’re Ready is a great start, and one that will branch her appeal out beyond bluegrass aficionados, while putting a much-needed burst of youth into the acoustic roots scene.

Purchase When You’re Ready from Amazon

Molly Tuttle, Review, When You're Ready