File My Graveyard Jaw and their album Coming Winds under “Pleasant Surprises of 2012.” Sort of like a poor man’s Punch Brothers, this acoustical string band that features guitar, banjo, violin (not fiddle), cello, and upright bass catches you completely off guard with their progressive approach, excellent songs, and ear for composition. 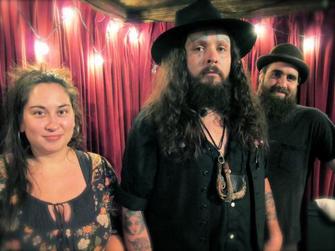 When you first see the imposing frontman/songwriter Michael James in his big gallon hat, black vest, and permanently-inked mime-like face markings, you feel ripe to be regaled by a revitalization of Outlaw country all about snorting cocaine and shooting your wife. Yeah, not so much with My Graveyard Jaw. Yes, their haunting arrangements can at times evoke the chills of macabre, but this is not a scary, nor a hard or heavy band. The only thing “hardcore” about them is how vigilantly they explore the inner depths of human emotion, and how they astutely set that emotion to music.

Michael James starts this album off blindsiding you with a sweet voice conveying an even sweeter song in “Lucy Lu,” but this is not the tone that bellows from him for the majority of Coming Winds. Instead it is a haughty, tempered growl that is evoked from somewhere in his inner depths, and as it rises, it collects all the innermost emotions and personal dialogues of a man’s life until it is seasoned through with soul, authenticity and character. 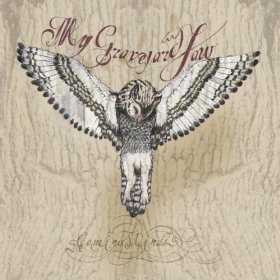 This is an album that requires you to listen to the instrumentation to appreciate. As time goes on, you recognize subtleties in the compositions as they grow on you. I would be lying if I said I thought the instrumentation was expert, but that is where the authenticity and roots of this music is aroused. It is a concerto for country folks, to be played where dusty boots meet wooden floors, and where the beauty of American decay and imperfection surround you.

At the same time, the players in spots will totally surprise you, like Scott Potts’ upright bass in the song “Ho Down”, where he momentarily goes away from slapping the notes to playing some crazy, cerebral, noodling part that blows your mind, or when violin player Densie Bonis gives tonal life to the little ghosts that haunt the human brain during the dark hours in “Waste For The Evening.” Michael James never loses sight of the importance of making the music engaging through rhythmic sensibility though, like his enticing banjo parts in those two aforementioned songs. “Waste For The Evening”, “Ho Down”, and “Lucy Lu” were my biggest takeaways from Coming Winds. 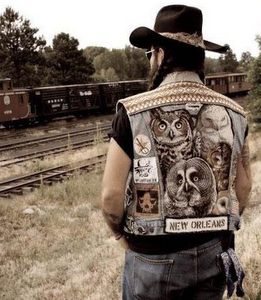 Some of the songs did feel a little under-developed, but one of the best parts about this band and this album is you hear a lot of potential and room for growth. Michael James and My Graveyard Jaw are different enough to where they could discover an untapped niche in music and really carve a bold, creative path. I don’t think a band like this could come from anywhere else but New Orleans. They’re just too cool, too weird, and too in tune with their own trends instead of trying to fit in to whatever might be popular in certain scenes.

Please understand, this album could be classified classical just as it could be country. This music is not for everyone, or for every mood. I think the best way to describe it is to say it’s whatever comes out when Michael James rakes the first chord and starts to sing. His songwriting is very folk-like. The instrumentation is where the jazzy, orchestral feel is ordained. Altogether it is just great music no matter what title you name to it.

Keep an eye on this band. They are not what you expect.