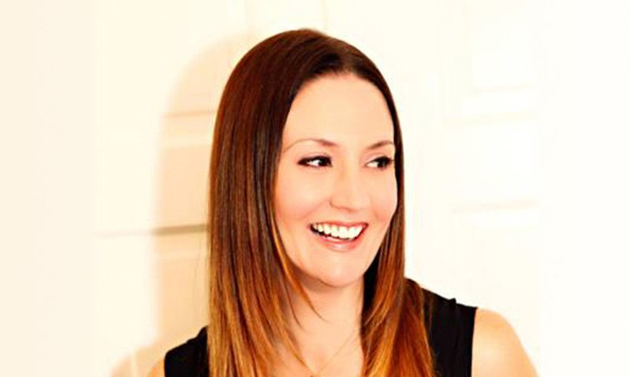 In the last few years, songwriters of a female persuasion have been setting the creative pace in country’s mainstream. In 2016 it was Lori McKenna who previously spent years contributing songs to major performers eventually breaking out with her own solo release The Bird & The Rifle on her way to a Grammy nomination, while her self-penned #1 single for Tim McGraw “Humble & Kind” walked away with the CMA’s Song of the Year.

So you better be paying attention when one of these songwriters gets a chance to do something on their own for a change. If you regularly find yourself with your nose buried in the liner notes of mainstream albums, chances are you’ve seen the name Natalie Hemby before. Big swaths of the track lists from Miranda Lambert, Sunny Sweeney, and Little Big Town records have Hemby’s name showcased in plurality, which speaks to just how positively her performing peers receive her material.

But of course anyone who’s hung around Music Row long enough will ultimately end up with a few blemishes on their songwriting record, if not some skeletons in their closet. Not even the immaculate Chris Stapleton graduated from his years of writing on The Row without a few lame Luke Bryan cuts lingering on his Wikipedia page for rednecks to rip him apart for. How Natalie Hemby sat in a room with Barry Dean and Luke Laird, and didn’t use her veto power to 86 that godawful “motorboatin'” reference in Little Big Town’s “Pontoon” is beyond me. But if she had, we probably would have never heard the song because that’s about all it had going for it.

Most anyone who’s worked on Music Row is going to have some warts in their portfolio, but they’re also going to have the respect and the name recognition of their peers in the industry to have some doors opened for them, especially if they’ve written songs like Miranda Lambert’s “White Liar.” Sometimes it takes years, even decades for those opportunities to emerge. That’s how long it took for the first solo releases from Chris Stapleton and Lori McKenna, and so it has gone for Natalie Hemby. 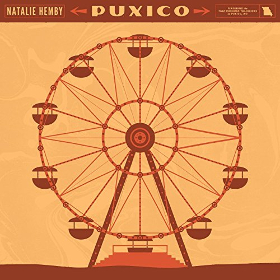 Whether this should be considered Hemby’s big breakout moment as a solo artist, or just the record she’s always wanted to make and be damned if anyone else pays attention, it’s hard to say. Or perhaps it’s a little bit of both. She didn’t choose the title Puxico for the way it popped for focus group audiences. It’s the name of her less than 1,000 population hometown in southeastern Missouri that sets the scene for an album that feels devoutly personal, humble in approach, and eager to express things a professional songwriter just can’t with total fulfillment through the voices of others.

Like so much of the material from non-male songwriters in the mainstream, Puxico meanders through a small town perspective, sometimes lovingly, sometimes frustratingly, but always authentically when it comes to Natalie Hemby’s case. “Time Honored Tradition” sets the record off with a folky, stripped-down country vibe that immediately lets you know this isn’t going to be a repository for Hemby’s commercial material that didn’t sell, but the record she’s always wanted to make. Puxico IS Natalie Hemby—her places, her people, her stories and perspective set to rhythm and melody like a breathing, beating memory.

As you can imagine, the songwriting is pretty spot on throughout, with the 9-track record hitting high points with the gorgeous “Cairo, IL,”—inspired by a location not too far from Puxico. “Ferris Wheel” may have not made it as the title track, but it does comprise the album artwork, and a wise perspective about the cycles of life from dream to achievement. “Worn” also is guided by great perspective, while “This Town Still Talks About You” is able to touch on the popular small town perspective theme in songwriting without feeling trite. Sure you can run down Hemby’s list of songwriting credits and find something to not like, but that shouldn’t obscure the fact that her material has always been some of the better stuff in the mainstream.

Don’t be surprised to hear a little steel guitar drifting in and out on Puxico, even though it’s probably fair to label this album a bit more folk than country. The album’s failing though, and it has one, is that the production relied a little bit too much on a chorus/reverb concoction on the vocal track and final mix to where it’s just a little too wet to really engage the ear like you want it to.

The words of Puxico are what you show up for, but at times it’s really hard to follow along with the story for all the billowy effects on Hemby’s voice. It also allows the record to begin to veer into almost a 90’s adult contemporary sound in the way all the edges are smoothed off in attempt to instill it with the warmth of memories. Stripped down and space-filled is one thing, and that part of the Puxico production is an asset to the effort. This album just needed to be dried out a bit for the listener to really be able to connect to these songs.

The good news is the underlying songs are great themselves. This record wasn’t Natalie Hemby’s bid for a spot in the mainstream’s stable of arena-level performing artists, this was an assemblage of what feels like her most heartfelt material compiled over years, with each song holding a deep importance, and none included that doesn’t, and each conveying an expression that is dependent on the others, however subtly, to paint a picture that exists in her mind so wound up in memory and emotion she feels an imperative to share it. Puxico is for Natalie Hemby, but as is often the case with a personal work, the result was something that resonates personally for others as well.