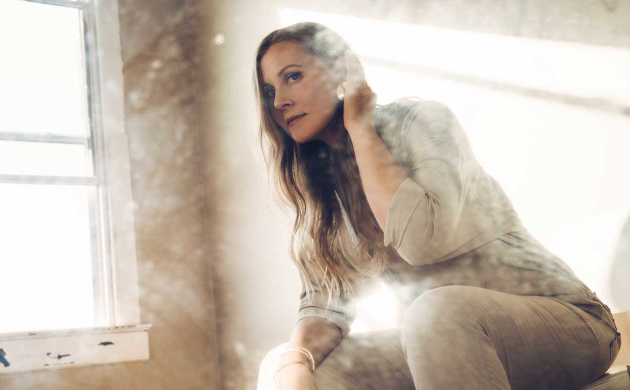 In the increasingly hard-to-define and omnivorous realm of “Americana” where everyone seems to be obsessed with finding some producer from the indie rock realm to come in and put their personal stamp on a record, or they’re getting caught up in feeling like they need to commentate through the current political climate for everyone to the point of being trite, somewhere the idea of penning really good songs, and then heading into the studio to record them with your road band in a way that does the inspiration behind the compositions justice got sifted down the ladder of priorities.

But this is exactly what you’ll find with the latest record from Nora Jane Struthers called Bright Lights, Long Drives, First Words. There’s nothing positively groundbreaking or unique about this effort. The songs are taken from little snapshots of Nora Jane’s life, well-written and appealing of course, but nothing too fanciful. The production is relatively straightforward country rock with a some growl in the guitar and a loose feel. But the simplicity is what’s so great about this record. It’s refreshing. All the bullshit melts away when you put this record on. There’s just a base appeal from the combination of music and message that gets you feeling right.

Originally from the string band realm where she would travel around with her father to bluegrass festivals and fiddler gatherings and such, Nora Jane Struthers was dyed in the roots of American music from an early age. After going to college and working as a teacher for a while, she caught the music bug hard, moving to Nashville in 2008 and playing for a bit with her father under the name Dirt Road Sweetheart, then forming a band called The Bootleggers who won the Telluride Bluegrass Festival band competition in 2010. Then after playing in the band Bearfoot for a while, she eventually launched a solo career. 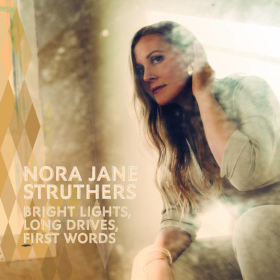 Now a seasoned veteran, the music of Nora Jane Struthers feels almost like a Southern rock experience with the heavy crunch on the guitars and the sweaty attitude that permeates the tracks, but not in a way that overpowers the equally powerful voice of Struthers that breaks through and remains the centerpiece. The key to Nora Jane and this new record especially is passion, and that passion is captured and transferred to your speakers when so often it gets lost somewhere in the recording process. You feel this record just as much as you hear it, and though aggressive in spurts, the music still remains tethered to the roots world with two part harmonies, tasteful steel, and other sensible elements to engage your country music heart.

Bright Lights, Long Drives, First Words carries a pleasantly straightforward message about someone juggling home life, a career, family, missing your hometown, loving to travel, appreciating where you are, and looking forward to where you’re going. Even though the story of Nora Jane Struthers is her own and involves the unusual requisite of traveling long distances to do her job, the way she interprets everything on this record makes you feel like she’s speaking right to you and your little world. The insights about everyday struggles and victories, the wisdom of how moments of bliss are always fleeting found in “A Good Thing,” or the exhalation of “We Made It” are blessedly assuring.

Helping to bring this record alive is Nora Jane’s husband, banjo, fiddle and steel player Joe Overton, and her backing band The Party Line. They’re allowed to set the mood in this organic and energetic effort, and even stretch their legs a bit on one of the elongated and more abstract songs on the record, “Cold and Lonely Dark.” But it’s the intimate harmonies on “A Good Thing” and “Slow Climb” that might mark the high points of the album.

As a touring musician that now is caring for the child she was eight months pregnant with while recording this record, Nora Jane Struthers assures us that we don’t have to settle in the song “I Want It All.” We can have families, careers, and meet personal goals and enjoy some pleasures along the way if we remain humble and focused, and find the right people to surround ourselves with.

If you’re looking for something exceptional or revolutionary on Bright Lights, Long Drives, First Words, you may end up a little frustrated. But if you want music to sit back and get lost in, that forgoes the pretentiousness of much of modern Americana production, there’s been few better options so far in 2020 than Nora Jane Struthers.