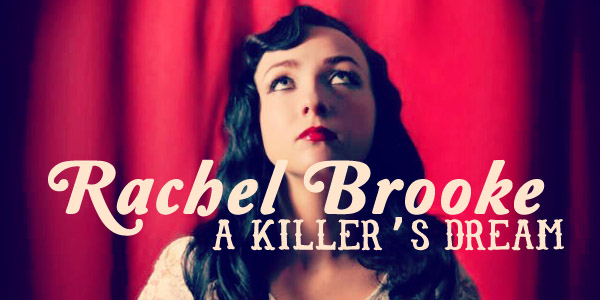 Rachel Brooke is one of the few select artist with enough mustard to rise out of the ashes of the country music underground and become a force in the greater roots world. Like an early Emmylou Harris, the music industry should be shuttling her across the country to lend her singular vocal texture to other projects in between putting out excellent solo albums that time finds hard to forget.

The first thing that must be said about A Killer’s Dream is that it’s a blues album. And when I say “blues” I’m not talking about Deep Blues, or punk-infused blues, or country blues. I’m talking the type of straightforward 12-bar blues where the first line repeats itself; the most common progression you think of when you think “blues.”

But this isn’t something far outside of what was heard from the original country bluesmen like Hank Williams and Jimmie Rodgers. And people who think this is a wholly new direction for Rachel (who I’ve dubbed “The Queen of Underground Country” in the past) aren’t versed on her early material like “Bottle Tippin’ Blues” and “Blackin’ Out” that were similarly based deep in blues modes.

Florida duo Viva Le Vox was hired on as the house band for A Killer’s Dream, and I can’t say enough about the taste they brought to this record. These songs afforded them so much space, and they had so many opportunities to walk all over Rachel’s voice or hijack the attention. Instead they laid back and listened, letting their musical wisdom guide them in creating a foreground for Rachel to be framed in, while still somehow imbibing the album with their distinct Viva flair and macabre.

And Viva is just the start of the instrumentation. The amount of textures A Killer’s Dream touches on is impressive: Saw, 30’s jazz horn sections, kettle drum and xylophone just to name a few. The approach to A Killer’s Dream can only be described as “bold.” It’s also an audiophile’s dream. Recorded live to 2-inch tape and not touched by computer until mastering, A Killer’s Dream conveys tremendous warmth and presence. 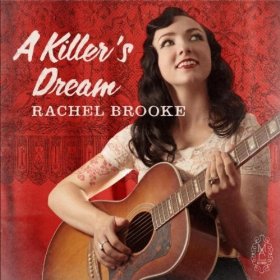 A Killer’s Dream cracks the speakers with the haunting “Have It All” that isolates and showcases Rachel’s singular attribute–her voice that I once heard best described by mandolin player Jayke Orvis as, “Carrying so much pain.”

After this succulent little bit of audio melts into a reverberating pool reminiscent of Rachel’s landmark collaboration with Lonesome Wyatt called A Bitter Harvest, the album starts in earnest with the bluesy “Fox In A Henhouse”. Immediately your ears train on that Viva Le Vox flavor I alluded to above, and right when you’re ready to accuse this song of being cliche with it’s line, “There ain’t no devil in my heart, ’cause I ain’t a man,” Rachel slays you with the payoff, “But there’s been one in my kitchen, she’s been cooking with my pots and pans.”

It’s always risky to release a second version of a song, but in the case of “Late Night Lover”, the listener is rewarded with a bolstered, energized interpretation that employs trumpet and timpani and an attack to Rachel’s voice in the chorus that both trump the previous version, and make you appreciate the previous version more for its simplicity.

The Fats Domino cover “Every Night About This Time” took a little time to warm up to, but what drew me in was the “oh-oh-oh-oh’s” Rachel sings. They set the table for the 50’s-era vibrations Rachel works with on later offerings like the solid “Only For You” and the title track, “A Killers Dream”. The quivering and cursed “The Black Bird” with its choir of saw shrieks breeds a sense of fear and despair frosted with a vintage patina.

One possible issue with A Killer’s Dream is how many times Rachel goes to drink from the straightforward blues well. Also the middle songs on this album–the stripped down, acoustic “Life Sentence Blues” and the droning “Old Faded Memory”–act sort of like a speed bump on the momentum. Lonesome Wyatt of Those Poor Bastards singing in a higher register than most of us have heard before makes “Old Faded Memory” something special from a sonic standpoint. But the story meanders, the music is sort of flat, and at nearly 7:00, it tests the will.

Individually, the blues songs like “Life Sentence Blues” and “Serpentine Blues” aren’t bad, but in an album that sonically is so diverse, the structure of the blues numbers begins to feel burdensome.

All of these sins are atoned though when Rachel offers up the gem of A Killer’s Dream, the Beach Boys-inspired title track. Possibly Rachel Brooke’s best song ever from a compositional standpoint, the usually reserved Rachel takes risky, daunting leaps and sticks the landings remarkably well. Aside from just being fun and a wholesale change from what we’re used to from Rachel, the writing on this song is its best attribute, which can’t be overlooked for how actively the song pulls you in from a visceral standpoint. This song “makes” this album, proves Rachel’s versatility and musical prowess, while at the same time being completely ridiculous and silly.

How to grow and evolve yet still hold on to what makes you unique and who you truly are is the balance all artists must attain to continue to move forward. Rachel shows she’s up to these alchemical feats in A Killer’s Dream, and proves that she’s musical gold, worthy of the attention of the greater Americana / roots world.

“A Killer’s Dream” video that just premiered on CMT Edge: