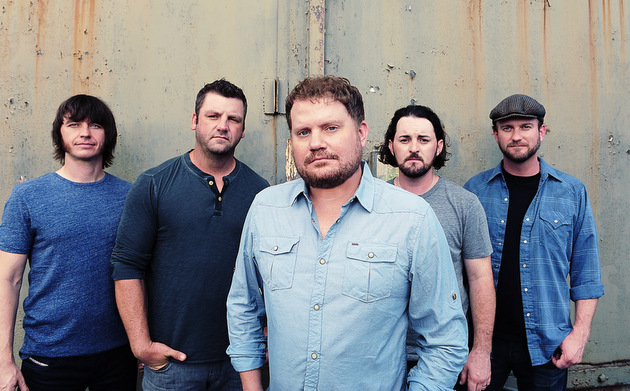 It’s like the great unspoken inevitability that the big names of the Texas country and Red Dirt music will never make it in Nashville, though they all invariably feel like they at least need to try. Nashville is amiable as well, because they see the fervor behind these bands, and the sales numbers they put together with nothing more than regional radio support, and they think with just a bit more of a national strategy they could turn them into a gold mine. You can take the musician out of Texas, but you can’t take Texas out of the musician. Like trying to get back with your high school girlfriend, it tends to never work for Texas country artists in Tennessee, no matter the best intentions of the parties.

Nothing Shines Like Neon has all the liquor, beer, bar scenes, and sultry interactions with lovers you might hear on some mainstream country record, except it tells the story from the opposite perspective—the more realistic perspective. It’s where libations aren’t just flowing to party hearty, but to help douse heartbreak. It’s the story of the millions of people who search for love every night in the neon-filled bars all across the country and world, and how despite some happy times, the loneliness and endless search for love can weigh heavy on the heart. Neon also delves deeply into the issues of lovers in the present, and lovers in the past.

Nothing Shines Like Neon, and specifically the title, also pay homage to a specific whiskey-soaked and neon-filled bar in San Marcos, TX called the Cheatham Street Warehouse. The owner of said bar was a man by the name of Kent Finlay, and “nothing shines like neon” is a lyric from one of Kent’s songs. Kent passed away in 2015 after leaving a legacy of helping to launch acts like the Randy Rogers Band, whose very first record from 2000 was Live at Cheatham Street Warehouse. 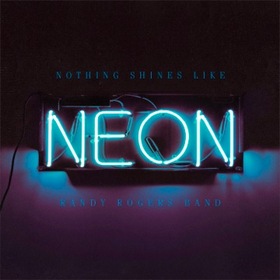 Along with Kent Finlay coming along for the ride in spirit, so do some other notable names like Jamey Johnson, Alison Krauss, and bluegrass maestro Dan Tyminski. Notables in the songwriting credits include Keith Gattis who writes the opener “San Antone,” and Bobby Rambo whose “Takin’ It As It Comes” was first made famous by Jerry Jeff Walker, who also happens to show up to accompany the Randy Rogers Band on this new version. The whole effort is produced by Buddy Cannon.

Like many of the top names in Texas country, the Randy Rogers Band has built a legacy upon a pragmatic approach to country music, building in some rock and even pop influences to soften the sound and allow crowds to swell. This has earned the band a mixed reputation with some ironclad country fans, and a poor one with others. But Randy Rogers promised this would be a more country effort this time, and he mostly holds to that promise in the finished product. It’s not quite the surprisingly hard country effort that Hold My Beer Vol. 1 was—the side project with Randy’s long-time friend and co-Texas country star Wade Bowen—but Randy’s definitely not reaching for radio play with this one either, unless it’s a station west of the Sabine River.

“San Antone” captures that warm Texas vibe that’s indicative of what makes Texas country so great. The songs “Neon Blues” and “Tequila Eyes” rely on the fiddle to carry the melody, cluing you in to how this is music meant for the dance halls of Texas, not stadium crowds.

But there’s something about Nothing Shines Like Neon that doesn’t allow the album to ever really take off. The majority of the songs find this mid-tempo, soft-textured vibe that’s almost like the Texas country version of adult contemporary or soft rock. Much of the album sounds like music your mother would listen to. Taken individually, most of these songs are fine, but the softness in one song after another begins to get tiring. This is an album that relies on lyrical hooks, but on a few of the songs the hooks don’t catch like they should. There’s also something going on in the mixing or mastering of this record that doesn’t give the album a very brilliant or vibrant feel. Everything is blended a little too well where the instruments and improvising don’t really pop out for you.

Hold My Beer Vol. 1 was one of the best records released in all of 2015 in country music, and was Saving Country Music’s runner up for Album of the Year. Upon its release, there was a bit of concern Randy Rogers and Wade Bowen were blowing some of their best material on something many would consider a secondary project. A song like “Standards” or “El Dorado” is exactly the kind of meaty selection Nothing Shines Like Neon needed to help anchor it.

Neon rallies at the end though with two of the album’s best and most country selections. “Actin’ Crazy” feels more like the right mood, though the songwriting is just okay, like much of the record. “Pour One for the Poor One” might compete for the record’s best along with the opening track “San Antone,” bookending Nothing Shines Like Neon with its greatest efforts.

A fine release by the Randy Rogers Band, and perhaps an improvement from some of the more recent major label albums, Nothing Shines Like Neon will keep the band moving steadily forward, but feels like an album to pick a few good songs from instead of a valiant return to the independent realm with a career-defining record.

Purchase “Nothing Shines Like Neon” from Lone Star Music