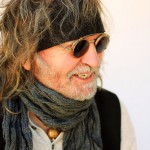 The last time I saw Ray Wylie Hubbard perform was in a church. Actually strike that, the last time I saw him perform was at Willie Nelson’s 4th of July picnic, but the time before that was in a church in Wimberley, TX, nestled in the Texas Hill Country. What, you think that Ray’s songs about drunkards and strippers and “whiskey bottles scattered like last nights clothes” are inherently incompatible with a house of worship? Well, then you’ve never been to Wimberley.

If there’s honor amongst thieves, then it only seems fitting there should be a Grifter’s Hymnal. And if there’s going to be a Grifter’s Hymnal, it’s only fitting Ray Wylie Hubbard should compose it. The ingredients of grifters are already mixed there on his palette: Tales of dead and dying things and dens of iniquity, the struggle or the soul between good and evil, and the difficulty sometimes of telling the two apart. But to have a hymnal you also must have a message, and you must be able to convey that message with eloquence, poetical prowess, wit and rhyme. Well don’t worry, it’s all here. Just open it up and sing along.

With a raspy voice more fit for a medicine show shaman than a silver-lined church choir, Hubbard elucidates about the ugly things that lie beneath, or as he says in the song “Lazarus”: “We in the mud and scum of things…”

As a preacher of the “grit, groove, tone & taste” approach to songwriting and recording, Hubbard must deliver knowing his congregation’s ears are extra bent to hear if he practices what he preaches. Some may hear the words of the sermon, but not the message, and mistake “grit” for “dirty”, relying too much on primitive instruments or poor recording practices, or “tone” for “trashy”, trying to squeeze that vintage vibe through busted or inadequate gear. Hubbard instead starts with things that were pretty once, whose stories then scarred and tarnished them until the beauty of American imperfection was achieved. Ray Wylie digs through the rubble of America’s wayward trajectory to find the forgotten things that have lost their sheen, but not their soul. Wipe the grime away and walla, there the soul is: vibrant, irreplaceable, unable to be duplicated. Then he uses that soul to eulogize about the things that are too late to save. 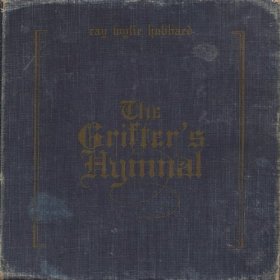 Grit, groove, tone and taste mostly, but not all, have to do with sounds and music. What I want to proselytize to you about is Ray Wylie’s words. You get a sense that if he wanted to, he could go all Guy Clark on your ass, throwing down one jaw dropping line after another. But he never forgets this isn’t poetry, it is music, and he wants you to feel the music first, then listen, and keep you wondering what lyrical brilliance he might have left up his sleeve, instead of emptying the lyrical kitchen at you as a crutch for sonic afterthought or weakness.

“Coricidin Bottle” gets you warmed and revved up for this album, and is Ray having fun showing off his sonic and lyrical strengths with help from his son Lucas on lead guitar. I was worried the wordy pentameter of the chorus in “Lazarus” would hold this song back, but the words are just too good to concern yourself too much about timing. “Red Badge of Courage” has a Tom Waits-esque quality about it, the political, yet non-polarizing look through the eyes of a soldier. “New Year’s Eve at the Gates of Hell” and “Henhouse” have some of the best lines and wordplay you will find throughout Hubbard’s career, or anybody else’s. “He couldn’t commit wholly to the devil’s side. His ink reads 6-6-5.9” is the line every other songwriter will regret not writing for years to come.

About the only song that didn’t initially draw me in was “Coochy Coochy”, which is the only song Hubbard did not write, and instead is attributed to the same guy who wrote “Octopus’s Garden” from Abbey Road. Probably a good bet to get a Beatle on your record by hook or crook, and you can tell this was a song Ray wanted to play. The gem of the album might be “Mother Blues”. They say write about what is close to you, and nothing is closer than your own story and your own family, and Hubbard sketches a family portrait that is both enlightening and entertaining. “Count My Blessings” and “Ask God” hem up the Grifter’s theme of quitting while you’re ahead and looking for redemption.

One of my beefs with The Grifter’s Hymal is that you open it up to no words for the songs. Granted, in the MP3 age, a jewel case is no more than an expensive coaster, and by the way, as coasters go, Javi Garcia designed a pretty good one embodying Ray Wylie’s concept. But these words are too good to leave us guessing at.

I nominated Hubbard’s 2010 album A. Enlightenment B. Enderkenment for SCM Album of the Year. I think The Grifter’s Hymnal is better. A. Enlightenment was made partially to be the score of a movie that shall not be named, and though brilliant and engaging, was a slower, more textured album meant to work behind pictures and a separate story, with some songs more about the mood than message, in a slow, almost dirge-like tempo. The Grifter’s Hymnal is downright danceable at times, and benefits from it’s own autonomous and cohesive thematic quality.

And in the end what is conveyed through The Grifter’s Hymnal is despite the gray hairs, and the career path that never got him to that next level, Ray Wylie Hubbard is cool. No need to preach to this choir, I’ll tuck my Grifter’s Hymnal under my arm and go out amongst the world to spread the Ray Wylie gospel, and become a fisher of men who want great music.