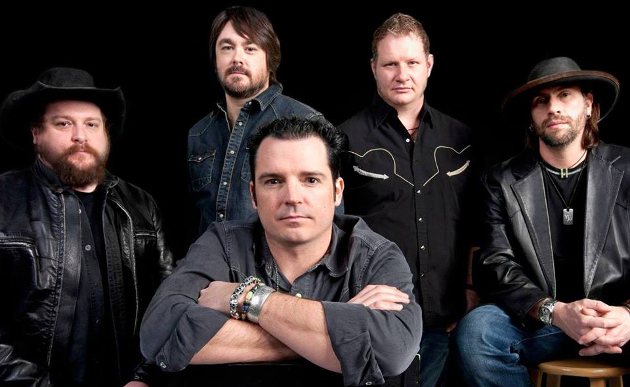 It’s hard to know if you should call Austin, TX’s Reckless Kelly Red Dirt, Southern Rock, Texas country, or something completely different. Part of the problem is they’ve been so damn good for so damn long, everyone wants to claim them in their cadre, and because they had a hand in forming nascent scenes that are now the standard bearers for country music’s subgenres. They’ve got the songwriting to compete with the best of Americana, and they’ve got the groove-based country rock sound that’s super fun to see live. They can both burn up a stage and tear at your heart all within the span of six minutes, and switch from Southern harmonies and poetic genius to power riffs and political expressionism without missing a beat.

So often in music we focus too keenly on the hot hand or the new thing. While the Drive-By Truckers had fortuitous timing to release a politically-charged album amidst a Presidential election, and everyone in Southern rock is talking about the continued success of Blackberry Smoke, Reckless Kelly somewhat quietly released a record that combines some of the best of both those bands while finding a bit more of an even keel in the delivery. You won’t feel completely alienated if you’re in more of a red state of mind, and they don’t rely simply on the infection of the power riff. Yet Reckless Kelly still has things to say, and still knows how to have a good time doing it.

Brothers Willy and Cody comprise the nucleus of this long-standing alt-country band that’s now on to their ninth studio album Sunset Motel. Originally from Idaho, and initially forming in Bend, Oregon, the brothers moved to Austin in the mid 90’s before stuff got too out of hand in that city, and right as the new generation of Texas country and Americana artists were beginning to construct the musical communities we know today. In fact their younger brothers Mickey and Gary Braun make up the principals of Mickey & The Motorcars, giving the Braun brothers a Robison-esque stamp on the Texas sound. 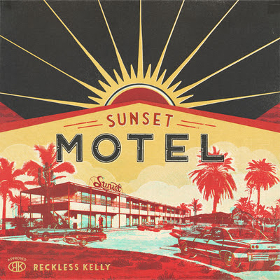 Sunset Motel has some really great songs like the grooveset “Volcano”—all timely and underscoring how humankind always seems to be perched precariously above its own demise, or at least mildly obsessed with that position in our minds. “Radio” feels like sarcasm and realism all at the same time from a band that has seen and done it all, and is in a position to dole out sage advice if the audience is smart enough to latch onto the message. The Braun brothers started in a family band with their father, touring around and opening shows for the likes of Johnny Cash and Merle Haggard, and even appeared on The Tonight Show twice. Now with 20 years under their belt, and stints on labels like Yep Rock and Sugar Hill, they’ve seen most aspects of the music business, while staying fiercely independent throughout their run.

The primary sentiment of Sunset Motel settles somewhere between a heartbreak and a breakup record. Willy Braun reportedly wrote some 30 to 40 songs for the record. About half of them eventually got recorded at Austin’s Arlyn Studios with famous engineer Jim Scott behind the board and the band producing the record themselves, and ended up with 13 eventual tracks.

The opening “How Can You Love Him (You Don’t Even Like Him),” the sardonic “The Champ,” and “Who’s Gonna Be Your Be Your Baby Now” speak to unhappy times at home that many in their 30’s and 40’s would hope to have blown past by now, but often continue to loom large for many throughout life. These songs help underscore that Reckless Kelly is not just the party band some might recall from live shows in the late 90’s, but have a serious side, and always have.

Sunset Motel does have some good variety of energy and emotion, with the band stripping down “Forever Today,” and the final song “Under Lucky Stars,” but it does lull in some places from a few songs that feel like the band is going through the motions instead of really getting behind something they really want to say like they do in the albums standouts, “Radio,” “Volcano,” “How Can You Love Him,” and others. It’s a little understandable from a band on their ninth album, but at the same time there’s just as much quality and infectiousness on Sunset Motel as many of the albums from artists who are all the rage on end-of-year lists because they’re Americana’s shiny new toys.

Meanwhile Reckless Kelly continues on doing their thing, including organizing some of independent country music’s biggest charity events like their annual softball jam and reunion show in Idaho, and continue to battle to win the full recognition they’ve deserved for now going on two decades.

NOTE: Sunset Motel has been nominated for a Grammy Award for Best Recording Package. The vinyl comes with a fold out cover, postcards, and a full-sized road map containing hidden stuff when seen through a viewfinder.