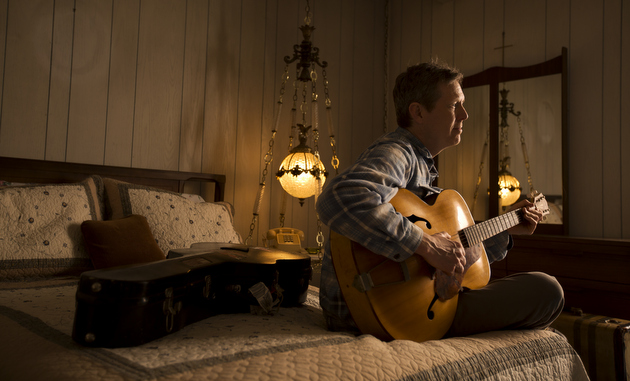 The southern regions of the United States don’t just accommodate some of the richest soil for cultivating musical sounds infused with soulful fiber, they’re also the traditional proving grounds for many of the greatest literary minds America has ever boasted. The contrast of the South—the sin and salvation, the eternal conflicts, and the inherent struggles—make the region ripe with inspiration and insight into the travails of the human condition like none other.

If there was a modern day musical artist you wanted to compare to some of the great old Southern writers like Faulkner, Flannery O’Connor, and James Agee, perhaps Robbie Fulks would be a good candidate. His mastery of allusion and story through song can range into the unparalleled. Brilliant and witty, yet perfectly willing to work blue if that’s what the situation calls for, Robbie Fulks is a man of many colors.

As Robbie’s career arc has continued into his fifties, he’s favored more and more the bluegrass style of his Virginia and North Carolina roots compared to more traditional country and folk. Add on top of that his acute sense of dynamics and an unexpected adeptness at showmanship, and Robbie Fulks makes the case for himself as our generation’s John Hartford. 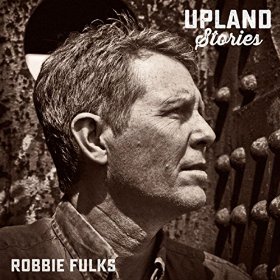 Robbie’s newest, Upland Stories from Bloodshot Records, is not entirely what you’d expect from a Fulks record, and may take some warming up to. Some of the material falls more into the ‘primitive’ category as opposed to the ‘progressive’ in how it tells simple stories of life that don’t rely on the punchy one-liners or potent turns of phrase that Robbie so astutely delivers in much of his body of work, but instead asks the audience to lean in and listen to the more subtle elements of story, and to unravel hidden morals. The inspirations for the album were both literary in nature, and native to Robbie’s own upbringing in the Upland region of the South, and so there’s both a very familial feel and sort of a Ralph Peer-era simplicity, as well as an underlying intellectual discourse on the nature of being poor, and the patent dilemmas of Southern values that ask questions no one work can answer.

Upland Stories is one of those records that deserves subsequent spins and dedicated contemplation before coming to any hard conclusions over. Songs such as “Alabama At Night” and “Never Come Home” really challenge the listener to grasp a message that requires seeing through layers of perspective to the heart of the matter, while the simplicity of a song like “Baby Rocked Her Dolly” has much more depth than what rises to the surface.

But there are still those meaty, composition-heavy bluegrass numbers Fulks has been best known for recently, like the pulse-rising and whimsically-arranged “Katy Kay,” the amusing, yet still enriching “Aunt Peg’s New Old Man,” and the darkish “America Is a Hard Religion,” seeming to take no judgement against the judgemental nature of the American beast, but instead offering perspective and warning, while composing an imposing bluegrass melody that is both strikingly original and traditional all the same.

Robbie Fulks is not interested in reaching the casual listener in Upland Stories, he is looking for those intellectuals and rootsy Audiophiles who enjoy deciphering musical Rubik’s Cubes because of the fulfillment that lies at the end. An understanding of Southern philosophy and literature, and a historical context of the region may help, but is not required. And Robbie does make sure to include some more easily digestible morsels to at least lure in the audience to delve deeper into this project.

Upland Stories may not be the project that is best to present to Robbie Fulks neophytes as an introduction to his music. But to those dedicated Fulks disciples, and listeners bored silly with the same verse chorus patterns and trite lyrical turns, it will be the enriching musical experience they long for often but rarely find, while arguably marking Robbie’s most personal work to date.