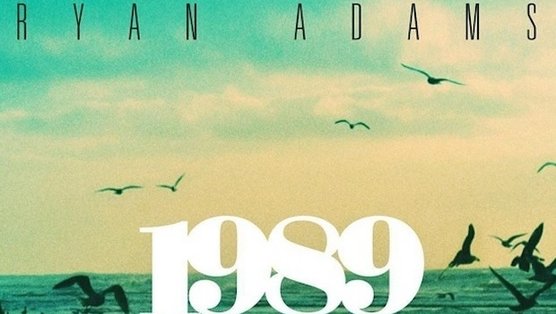 I was going to leave this review at that, and have it be the succinct, poetic, and acurate summation of how I feel about this album, because in truth, no more should need to be said. In fact having to explain why this album is so terrible seems to me to be a sign of the tremendous backsliding of the music scene today. And if I wasn’t so angry and disillusioned over this matter, perhaps I could have stopped there, because of the many layers of wrongness about this entire idea and its execution, one principal concern is that it has sucked up so much attention from other more worthy endeavors. This music and the idea behind it is so bad, yet is being sold so hard as some alt-pop master work to the point of becoming the universal point of acclaim in music at this moment in time, I have fear for the neuroses that might emerge and eat away at my innards if I did not express my full-throated disdain.

Taylor Swift’s 1989 was a bad album to begin with. And when I say “bad,” we’re not talking about smearing lipstick on a pig in this re-interpretation by Ryan Adams, we’re talking about attempting to paint a picture with pig shit, only within this exercise, you are not only rewarding the creative malfeasance that occurred in the original 1989‘s production, principally the subordination of Swift’s expressions and songwriting credits to the masters of homogenization of music of our generation—Max Martin and Shellback—you are also directly channeling money to these men by your purchase of the Ryan Adams version.

1989 is Taylor Swift’s worst album to date, and this is coming from someone who once counted themselves within the ranks of Taylor Swift apologists. This has nothing to do with genre. Taylor Swift was never a country artist, and her honesty about 1989 being better categorized within the pop realm is one of the project’s few saving graces. But the music is computerized, soul-less garbage, and the songwriting is vapid pap for the majority of the project. Granted, there are some moments of decent expression here and there, but it is in spite of Swift being domineered by hit-making males fixated on money during the album making process. And this is the pile of manure Ryan Adams begins with.

Let’s rewind for a second to Taylor Swift’s 2010 record Speak Now. The release of that album was a monumental moment in popular music. At 20-years-old, Taylor Swift wrote the entire record by herself, and produced it primarily by herself, with only the help from multi-instrumentalist and long-time collaborator Nathan Chapman. The result was Swift’s most critically-acclaimed work to date, winning two Grammy awards, and multiple nominations from both country and multi-genre awards organizations.

“I said, ‘You know, this song isn’t working yet.’ They both looked at me (Swift and Nathan Chapman) with a blank stare. The chorus isn’t elevating like it needs to. Where you’re wanting to take the song, it’s not going there. It needs a Max Martin type of lift.””¦ At that point BORCHETTA called Martin. Both Borchetta and Swift agree that it was a turning point for “Red.”

Swift acquiesced, and since then Max Martin, his Swedish buddy Shellback, and other high-profile hit songwriters and producers have absconded with Taylor Swift songwriting credits, and her unique approach. Scott Borchetta, the Country Music Antichrist, will likely see revenue from the sales of Ryan Adams’ version of 1989. And depending on the terms of Taylor Swift’s album and publishing contracts, so could Big Machine stakeholder Toby Keith.

But that’s just one of many unsavory wrinkles to this story. The original 1989 was Taylor Swift’s ideas being transmogrified into mega hits by executive producer Max Martin, whose only objective in life for the last 20 years has been making radio monsters to drive revenue to his coffers at the expense of the quality of American popular music.

Now let’s bring in Ryan Adams, and his idea to re-record this album in his own interpretation. Reading up on the backstory of this record, I will take Ryan Adams at his word that this idea came from pure inspiration, and it’s not meant to be taken as irony or an affront towards Taylor Swift whatsoever. Seeing Taylor Swift’s reaction, and hearing that the two have collaborated on songs in the past (which was likely the germination of not only their friendship, but of the idea of this Adams interpretation), you have to believe Ryan’s genuineness is true, at least to a certain extent.

But the music is terrible. Ryan Adams takes Taylor Swift’s flimsy, watered-down material, and does it one worse, if that’s even possible. I would much rather listen to Swift’s original 1989 album, and that version is grating on the ears, and worrisome to the concise when you consider how it was created.

Ryan Adams’ 1989 sounds completely lifeless and rushed. It sounds like something someone might make for themselves—like a weekend project that should have been released for free—and that’s because that is exactly what it is. In Ryan’s own words, this wasn’t supposed to hit the streets as a proper release. The problem occurred when so much attention flowed to Adams when Swift tweeted out her excitement for it, that now all of a sudden we have a full on album launch, and people otherwise intelligent on music matters singing its praises.

I’ve seen accolades for the album’s textures and diversity of mood and approach, and I’m dumbfounded. Ryan Adams’ 1989 sounds like a dirge; like a low, monotone groan cover to cover, or like the color grey interpreted into music by players purposely told to not put any life into the effort in the wrong-minded philosophy that somehow that approach is a form of creative expression. It’s boring, it’s droning, and its dry. And no, there is not life found in this contrast with Swift’s original work, because the original 1989 suffers from the same fate.

And the worst part sonically might be the audio quality. Ryan Adams’ 1989 sounds like it was recorded in a toilet. From Jack White, to Ryan Adams, to Dan Auerback, to even Dave Cobb, this completely wrong-minded idea that music has to sound like shit to be hip has cast a heavy, debilitating pall over this generation’s audio production. Just as we look back at the 80’s and wonder what the hell they were thinking with audio textures like gated drums, so will future generations wonder why the artists of our time insisted albums be recorded with dramatically inferior quality so that they sound “vintage” or “warm.” In the end it will be the ultimate dating of the material.

But none of these aforementioned gripes is the worst part about Ryan Adams’ 1989. The worst part is you, the consumer, and the music scene pundit singing the praises of this release. The worst part about Ryan Adams’ 1989 is not the music, it’s not the process of how Swift’s original album was recorded, or who may inadvertently profiteer off of it. It’s the fact that Ryan Adams has made Taylor Swift apologists out of tens, maybe hundreds of thousands of otherwise intelligent, well-meaning, and independently-minded music fans.

Everyone has a right to their opinions, but “Shake It Off” is not a good song, not matter who records it, and in what style. Blind Ryan Adams fandom has resulted in a ridiculous fervor over this record that makes me feel emotional fears about the plight of music in America I’m not sure how to process. All of a sudden intelligent Ryan Adams fans are not only defending Ryan Adams, they’re defending Taylor Swift, and songs like “Shake It Off.” This is coming from what is supposed to be the last bastion of taste in modern music.

I express all of this knowing it’s going to be a minority, unpopular viewpoint. I also express it as someone whose philosophies in music are very much influenced by Ryan Adams’ body of work. But this is awful, and shakes my very core, similar to like when Adams said, “I don’t like fucking country music.”

If you find Ryan Adams’ 1989 entertaining, then hey, don’t let my corrosive words cloud your judgement. But I can’t share in that joy. In fact this album and the unbridled praise it is receiving makes me very, very afraid.

Apologies for the screed.