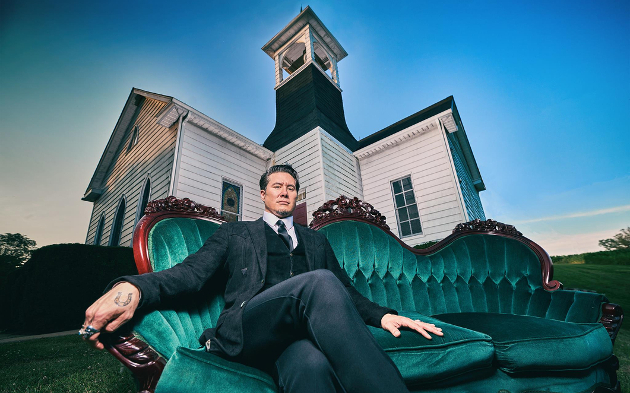 If you’ve made it through the virtual annihilation of the underground roots scene in recent years that has made an unforgiving diaspora of its artists and fans, then if nothing else you deserve a hearty handshake, a trophy, a ribbon, or some sort of token simply for just surviving. Those still waiting on their Farmageddon Box Sets to arrive, or for Hank3 to reappear from his rabbit hole better not be holding their breath, and those performers who are still touring and releasing records at this point have proven beyond a shadow of a doubt they have the heart and perseverance for the music beyond any selfishly-minded enterprise.

Like many underground roots bands, Sean K. Preston and the Loaded Pistols aren’t just country. They mix in a healthy dose of rockabilly, surf, North Mississippi Hill Country blues, and serve it all with a dark punk attitude, punctuated with a grit and a growl which makes going to the concerts, or getting a snoot full of the music a more wild and frenetic experience. These artists aren’t performing, they’re testifying, and the inspiration for the tracks are taken directly from the passages of their tour itineraries while trying to do what they can to keep the fire burning in front of crowds that often struggle to fill even small clubs, but come with an undying loyalty.

Sean K. Preston has been slaving at this for years. Raised in Australia, and cutting his chops playing music on the streets of Dublin, Ireland, he formed the Loaded Pistols with Christopher “Sparky” Spiridigliozzi on drums, and Cory McGrath on upright bass in 2013, comprising a roots music power trio with the moxie of a 1950’s motorcycle gang, but with moments of surprising lyrical depth and smart composition. Fans of Nick Cave and early Reverend Horton Heat, or Jesse Dayton will easily warm up to this music, but so will students of Robert Johnson for the blues aspects and progressions, as will some Americana fans via the songwriting. 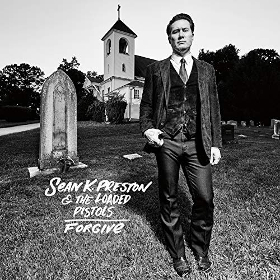 Sean K. Preston has also exhibited some mad guitar chops over the years in his early records, but his newest album Forgive is where it all feels like it comes together. Don’t worry, you still get that sweatiness, bordering on sloppiness you don’t just expect, but crave from your favorite underground records, keeping your appetite satiated from the authenticity, and your attention glued since at any point the entire thing feels like it could fly off the handle.

There’s flames painted on the quarter panels of this record. The hard-charging psychobilly of “Ain’t a Dog” and “The Widower” get your blood pumping. “Last Call” is a song all lonely boys leering towards closing time can relate to. A song like “Snakeskin Boots Boogie” is about the best version of a blue-eyed blues song you’ll hear all year, and served with a country music kick.

But when Sean K. Preston sings the sentimental “Homeward Bound,” he shows a different side of himself, and one with incredible singing skill, and soul. “The Twister” is so good, it would have been one of those legendary singalong anthems of the underground if it was released 10 years ago, and still may be in the future.

The reason so many underground artists have fallen to the wayside in recent years is because the underground is the hardest path to slog in a business that is unforgiving to begin with. But it also can be the most rewarding because the relationship with the fans never gets foiled by the business of music. In the underground, loyalty and perseverance are part and parcel with the snarl and grit. The song “Homeward Bound” finds Sean K. Preston battling with the adversities and pitfalls of being an underground musician and the toll it can take on personal relationships, but also celebrating the camaraderie and experiences the music brings that is virtually unparalleled not just in the music world, but in life. In the underground, fans and artists are family.

Perhaps too dirty and wild for some, but just right for others, Forgive by Sean K. Preston is a hell of a good time for those looking for one.