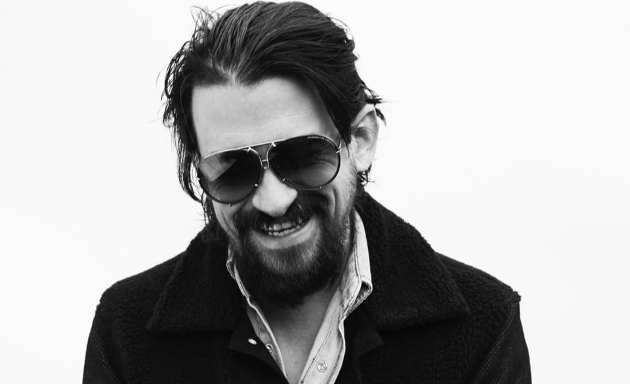 Just the name “Shooter” elicits strong opinions from people in country music. This is the result of being the son of a country hero whose legacy looms so large, the history of the man himself could never match the mythos. Though country music pedigree may deliver a son or daughter a major shot of attention when they decide to take up the family business, it also comes with unattainable expectations and unfair comparisons always swirling around their output.

The other polarizing aspect surrounding Shooter is his propensity to follow his heart wherever he wishes to go, whether it happens to involve country music, or traverse another path of influence into the wilds of the music world, or even beyond, sometimes asking fans to navigate into places they’re uncomfortable with, losing some on the journey, while perhaps picking others up along the way.

Hank Williams Jr. was saddled with such burdens and ever-present 2nd judgements from a very early age, and was still able to turn in an incredible career that eventually resulted in five separate Entertainer of the Year awards, and one of the most successful runs of any country artist in history. Hank Jr. is also the primary inspiration behind Shooter Jennings’ latest record Shooter, which claims and delivers on the promise of girding its guidance from Bocephus, and bringing that sound and style forward.

The album also comes at a time when Shooter feels like he’s settling into who and what he is as an artist, especially live. Now part of the lucrative and mostly Texas-centric booking agency Red 11, when you head to a Shooter Jennings show, you know a bit more of what to expect, which is a mostly country show with some dalliances with country rock and more progressive stuff with Shooter standing behind a keyboard. He’s become more pragmatic about delivering on what people expect from him as opposed to shirking expectations like 2nd generation performers sometimes feel the need to do. Shooter’s also assembled probably the best band he’s had since the early 357’s, with Ted Russell Kamp back on bass, and fiddle player Aubrey Richmond on the front line helping to keep the music grounded in the roots.

Shooter is meant to be a fun and rockin’ country record, and should be approached as such, and delivers in kind. For fans who wish for Shooter to keep it more country, the album will be more welcomed compared to some of his other projects that stray well off the country reservation. Like Bocephus, this record is energetic and boisterous, but knows when to be measured to make an impact.

Shooter has nine songs, which isn’t a problem in itself. But his cover of “Living In a Minor Key” was first heard on a George Jones tribute he released in 2014. His song “Do You Love Texas” was originally released nearly a year ago as a charity track for Hurricane Harvey relief. That leaves Shooter with only seven new songs, which feels a bit thin.

The songwriting on Shooter feels a bit thin too. “Living In A Minor Key” is probably the best effort on the record, but once again, has been heard before. “Do You Love Texas,” despite its altruistic aims, is a terrible song frankly, stacked with cliches, and outright inexcusable in moments. A line like “Here comes Ft. Worth Fanny, she’s a’ filling out her jeans” should never make it onto a modern-day recording except in parody form. Josh Abbott Band has already blown out all quotas for cliche songs about beer and women in Texas. We don’t need Shooter Jennings joining that bandwagon. 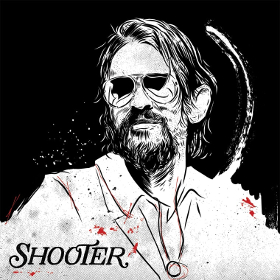 And nobody should name drop the intellectually murderous Alex Jones in a song except to hard cuss his fear-mongering bullshit. And this isn’t for political reasons, as Jones has been unfairly pinned to the “alt-right.” Anyone who claims to be an arbiter of truth and is counteracting the fear of the mainstream media only to sow fear themselves to sell you water filtration systems and legacy seed subscriptions to prepare for the apocalypse is beyond subhuman.

Though “Bound Ta Git Down” gets the blood pumping, anyone can hear how the bones of this song were borrowed greatly from “Born To Boogie” and “The South’s Gonna Do It Again.” “D.R.U.N.K.” has been done a dozen times, just in different forms. It’s at this point in the record where you wonder if we’d all be better off if Shooter avoided country music altogether and did what he wants if he isn’t passionate enough to turn in a better effort.

But Shooter recovers in the 2nd half pretty well, pulling the record out from a subpar effort to slightly above average, at least when measuring it against all of the slop in the mainstream. The record never finds a great moment, and four of the last five song ideas are bridged with “&,” which again seems to hint at Shooter straining to find true inspirations for songs to feed red meat to his country constituency as opposed to composing a country record through his own desires. But these 2nd half songs work, and at times, work well. “Shades & Hues” and “Fast Horses & Good Hideouts” recapture that moment in Hank Jr.’s career when country music and Southern rock were commingling to expose the soul of what makes Southern music so cool. The chorus of Gospel singers also embellish these Shooter efforts well.

Jennings also marks his return to working with producer Dave Cobb on the new record, who along with The Oak Ridge Boys, used Shooter as one of his first test subjects on a production style that has gone on to become the standard mark for much of Americana, even if Cobb’s torrid pace of output has resulted in hit-and-miss results. The production of Shooter is fine, but not the reason you either listen, or fall out of favor with it. The album is cast in the vein of Hank Jr., but it’s fair to point out that at some point Hank Jr. morphed into a caricature of himself. In it’s best moments, Shooter captures the vibe of vintage Bocephus. In others, it cuts too close to when Hank Jr. became country music’s resident blowhard detached from self-awareness.

Shooter Jennings, despite all the forks in the road he’s taken, still commands a decent following, though that following still tends to oversell his efforts, and slander the validity of anyone who may utter a sideways word. It’s 2018, and it’s no longer Shooter, Hank3, and Jamey Johnson leading the country music insurgency. Shooter debuted at #42 on the Country Albums chart, and sold 3,366 copies. Compare this to Cody Jinks’ recent release Lifers, which debuted at #2, and sold 650% more albums than Shooter. That says nothing about what Sturgill Simpson, Jason Isbell, and Blackberry Smoke are doing. No, not everything is about sales, but it’s an illustration of how all of Shooter’s wandering and dalliances have left him on the outside looking into the top names making moves and influencing the greater market in independent country.

All that said, if you want another country record from Shooter Jennings, you get it with Shooter, and not cut with influences from 90’s techno/industrial music, or addled with other unusual sidebars. It’s a fairly well-executed and unspoken tribute to Bocephus run through Shooter’s own influences that despite a couple of missteps and being a little light on material still results in a fun listen, a step in the right direction for Shooter, and helps re-establish and ground him as the son of a legend whose continued participation in the music helps keeps that legacy alive, and if nothing else, stirs discussion to keep things in independent country spicy.

We need Shooter, and the sons and daughters of country legends to help keep all of this moving forward. They are the greatest ambassadors and torch bearers among us. And though it’s unfair to expect them to become tribute acts or fill the shoes of their mothers and fathers directly, it isn’t unfair to ask of them to help keep these legacies alive, especially if they choose music as a profession. With the recent settling in of his live show, and his efforts with Shooter, the younger Jennings proves that despite whatever flaws, he’s still most certainly doing more to keep the spirit of country music alive than whatever is currently wreaking havoc in the mainstream at the moment.