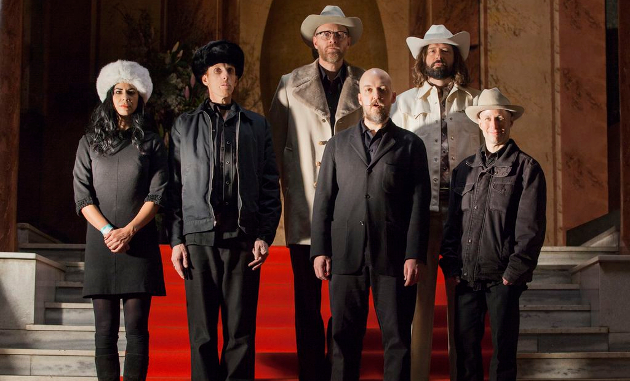 When the music that came to be known as country first began to emanate out of the European immigrants who settled in the Appalachian regions of North America in the early 20th Century, the continent was a still a trying and unrelenting place. Death and disease were everywhere. The average life expectancy hovered around 40. Malnutrition was rampant, giving way to deformity and other chronic health problems for young and old alike. No matter where you looked, death hung in the air like an ever-present curse waiting to usher you away at any moment from lack of food, natural calamity, or disease knocking at your door.

It was in this constant state of fear, depravity, and the brief moments humble thankfulness for the few joys life bestowed that country music found its voice on the back porches of the people who knew no other form of reverie than singing their distresses aloud for themselves and their neighbors. During this era, religion was not always used as a harbor of hope, but a harbinger for the evil things that would befall the individuals who trode a wayward path. Fire and brimstone was employed to keep parishioners in line, and through all of this, fear was the most palpable and present emotion most people were familiar with.

For almost 25 years now, Denver, Colorado’s Slim Cessna’s Auto Club has tapped into that primitive, carnal narrative of country music’s earliest incarnation to re-imagine the foreboding mood that hung like a pall over American’s early primitive settlers. Not for everyone, and more artistic expression than sheer entertainment, Slim Cessna’s is one of the most unusual, yet enthralling experiences to grace the musical stage. Though it is something that may be best experienced live, this is in no way a count against their recorded efforts, it’s more a testament of how they continue to be one of the most impressive outfits in concert. 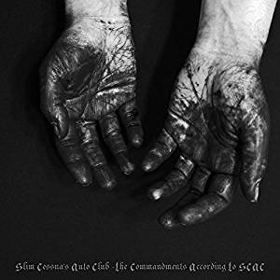 For years Slim Cessna’s Auto Club was a signee to Jello Biafra’s Alternative Tentacles punk label as an oddball roster member, but one that found attention from fans as far ranging as punk and rock, to underground country and Americana. This isn’t Gothic country in the sense that who encounter a lot of guttural groans or punk-gone-country banjo banging. It’s the stories that set Slim Cessna in the primitive, Gothic country era. The music itself is more modernized and genre neutral. And even though it tends to work in much darker, minor chords, there’s a keen sense of melody and rhythm to Slim Cessna’s songs that make them a lot more appealing than perhaps they would seem on first listen.

The most distinguishing characteristic of Slim Cessna’s Auto Club is their dual frontman lineup. Slim Cessna is more like the loving local preacher who tries to uplift his congregation with stirring words and gestures, while Munly Munly is the dark, serious, foreboding side. Lord Dwight Pentacost is the primary driver of the musical components of the band, and they recently added Rebecca Vera to the lineup, which brings a female voice to the mix for an new wrinkle to the Slim Cessna sound.

Their newest album released in September called The Commandments According to Slim Cessna’s Auto Club is both peculiar and absorbing. Though maybe not the best starting point for the band, it certainly upholds the standards the band has set with their vaunted catalog up to this point. The song titles are simply “Commandment 1,” Commandment 2,” and so on and so forth, making it not particularly easy to get too immersed in talking about the songs themselves in a way that’s easy to keep up with in print. Slim Cessna has never been too hip on titles. Their last record was simply titled Unentitled.

Whether the themes of the songs are actually tied to the Ten Commandments is either hard to tell, or up for interpretation. Part of the Slim Cessna experience is you’re not ever really sure exactly what is going on at any point. The mystery and confusion in their music is essential for the immersive capacity it has on listeners, so it may not be worth questioning too keenly. But this listener could not glean any specific direction with the song titles beyond a way to annotate the tracks.

You have to know what you’re getting into with Slim Cessna’s Auto Club, and for new listeners, I would suggest starting with “Commandment 6,” or basically listen to the second half first for more accessible material. But once again they have turned in an effort that touches parts of the musical palette you never knew existed, challenges the listener with adroit lyricism and structure, and offers a musical experience so unusual that it’s hauntingly riveting and hypnotic.

Purchase The Commandments According To… from Slim Cessna’s Auto Club

Purchase The Commandments According To… from Amazon