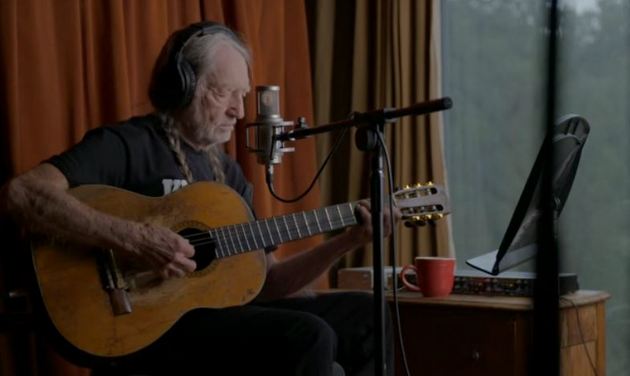 Music doesn’t become great by combining genre. It becomes great by defying genre. Music becomes timeless not just by representing an era. It becomes great by transcending era. While Woody Guthrie, Jimmie Rodgers, and The Carter Family were helping to form what would later become known as American country music, lyricists and composers working in theater, and later in the movies were helping to form what would become known as classical pop music and early jazz.

George Gershwin was the pianist and composer, putting together the songs that would be the backbone to many of America’s plays and musicals. His older brother Ira was the lyricist who put words to these melodies that help make up the foundation of American song. George Gershwin died in 1937, but just like many of the early founders of country music, his influence and songs linger and loom large still today.

Similar to the Gershwin Brothers, Willie Nelson transcends genre and era. He will always be best known as a country music artist, but his own listening habits and sonic palette show a music wider range. Willie was part of the first platinum-selling album in country music with the leathery and rugged Wanted: The Outlaws from 1976, but he was also part of one of the first triple platinum albums with his 1978 record of jazz and pop standards, Stardust. On Stardust was a song called “Blue Skies” written by Ira Gershwin, and another called “Someone To Watch Over Me” credited to both Ira and George. Willie reprises “Someone to Watch Over Me,” and ten other Gershwin tunes on his latest release Summertime—a stylized and smooth journey back to the classical era of pop, yet still mostly defined by Willie’s signature warble and nylon string tone. 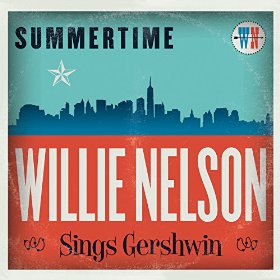 You won’t find too many 82-year-old workaholics, but that’s a charge that sticks to Willie Nelson. He says he wants to die on the stage, but we all may be dead, and he’ll still be up there singing. Since signing to Sony’s Legacy Recordings in 2012 and looking to make a resurgence in the recorded music space, Willie has switched back and forth between making records of mostly new, original recordings, and covering some of the classics that helped create the amalgam of influences that infer the Willie Nelson sound. After releasing a well-received record with buddy Merle Haggard last year, it was a chance for Willie to go back and revisit some of his most prized material from the past. You almost get a sense that if Willie Nelson had his way completely, he would be perfectly happy playing the songs of Gershwin, Django Reinhardt, and other early influences all the time. This is the music Willie listens to.

With so many songs to select from the Gershwin legacy, Willie decided to center his attention around another influence of his: Frank Sinatra, and many of the songs Old Blue Eyes made famous composed by the Gershwins. Aiding Nelson in this pursuit are his common “Family Band” cohorts of sister Bobbie on piano, who slides into the role of George Gershwin quite nicely, the ubiquitous Mickey Raphael on harmonica, and Buddy Cannon who’s been Willie’s go-to producer since the Legacy Recordings era commenced

Guests on Willie Nelson Sings Gershwin include Cyndi Lauper, who may just haul off and make a listenable country album of her own of old country standards set for release later this year, and the ever-present Sheryl Crow.

Willie’s voice feels strong and rested on this record for the most part, which has not always been the case on some of his latest recordings. And as always, Buddy Cannon and crew do a fair job re-interpreting classic songs while adhering to Willie’s vision. Though some songs may come across as a little hokey, like the potato and po-tot-o of “Let’s Call The Whole Thing Off,” Summertime otherwise is a strong offering.

But like other recent Willie Nelson albums such as Let’s Face The Music and Dance and December Day, Willie covers some previous-released material, and each song has a similar arrangement and approach. For jamming on a road trip or other more attentive listening, there’s much better alternatives to this.

But for putting on in the background of a dinner party, or for a lazy Sunday afternoon, letting the familiar and comforting tone of Willie’s voice set to American standards fill a space with the soothing mood, Summertime is like the aroma of comfort food cooking, or the warm glow of a hearth, filling you with a sense of peace and reassurance.