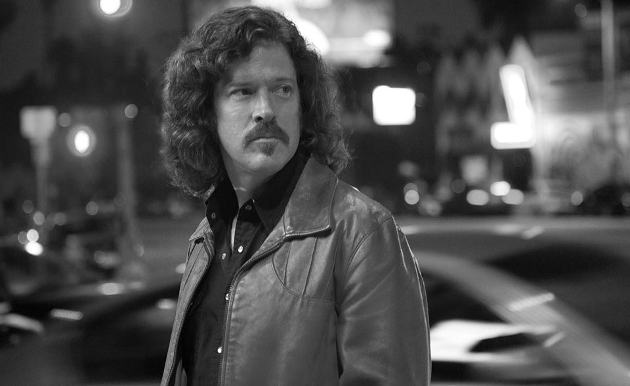 There’s not a lot of space carved out in the music sphere for guys like Ted Russell Kamp. Music is a career path where aggressiveness, arrogance, and self-aggrandization are rewarded, and those who put the music before themselves often get left behind. But nothing gets very far in music if it isn’t for guys like Ted Russell Kamp—the side players and behind-the-scenes songwriters that make the guys or girls at center stage look and sound so good.

Most will recognize Ted Russell Kamp as the long-time bass player for Shooter Jennings, starting off with Shooter way back in the .357 days with Leroy Powell and Bryan Keeling in what many consider as one of the best backing bands of the era. To folks in the Southern California country rock scene, Ted Russell Kamp is like a one man musical auxiliary, playing bass and guitar in a host of projects, teaching and mentoring when in town, playing in the studio when called upon, producing records, and writing songs for himself and others.

On tour, Ted Russell Kamp is the rock behind the bass. When the sound is bad, when the crowd is unruly, he’s the one on the stage holding it all together. Chaos may ensue all around, but Ted Russell Kamp will be smiling behind his soul patch, giving everyone else a compass, and a beat to follow. When it comes time each year for annual showcase events such as SXSW or AmericanaFest, Ted Russell Kamp can be seen all over the place playing with a host of other performers, learning their repertoires on the fly, rushing around town to help give solo artists some more color to their shows.

But Ted Russell Kamp is so much more than just someone’s bass player. People really attune with the music and Kamp’s importance in the Southern California scene know this to be true, but it’s criminal how many others don’t. He’s released an entire catalog of solid albums going all the way back to the late 90’s, sometimes veering more in the roots rock direction, other times remaining a bit more country, but always combining a little bit of both in a true expression of country music’s Southern California roots. His latest record Walkin’ Shoes is no different, except it starts out pretty twangy, making it easy for a country fan to slide into, and then makes it hard to stop listening as Kamp delivers one solid song after another. 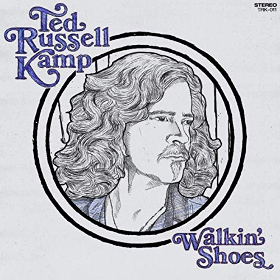 Where a few of Ted Russell’s previous albums center around the Southern California state-of-mind, Walkin’ Shoes is decidedly a road record. It finds Ted coming and going, and the only time really feeling at home is when he’s leaving. Whether it’s the hot twang of the opening number “Home Away From Home,” or the solemn and lonely bass-only moments of “Highway Whisper,” Walkin’ Shoes is Ted Russell Kamp reveling in the adventure travel can afford, but acknowledging the hardships and heartbreak often underpinning what can be a lonely life.

Just as it seems Ted Russell Kamp has never hit a sour note on the 4-string while on stage, if he’s every written a bad song, it’s hasn’t made it on a record. He’s not some troubled soul who will make you double over with “feels,” but his penmanship is just as quality as his musicianship, with a consistency of output many headliners could learn from. “We Don’t Have To Be Alone” and “Tail Light Shine” could, and probably should end up on some major independent country release.

Why Kamp’s songwriting credits haven’t populated more projects is kind of a wonder. Perhaps it’s because he’s primarily based in L.A. as opposed to Nashville. That also may be why he might be one of the most prolific artists regularly ignored by the music media centralized in Music City. It’s also a wonder how Kamp finds time to craft his own music with everything else he has going on, and how it’s not at the expense of the depth and expansiveness of his work. The song “Paid By The Mile” from Walkin’ Shoes is so true. The service time this guy has put in is incredible, even if the pay and recognition hasn’t been.

But that’s not why Ted Russell Kamp makes music. He does it from a love beyond whatever personal recognition he may be afforded. Like any of us, of course he would like more accolades for his efforts. But most important is the music. Whether it’s in a producer’s chair tweaking at knobs, playing bass on stage, or the time he gets to write and perform his own music in between, Ted Russell Kamp is just grateful to be a part of it. We should be grateful for what he’s been a part of, because without Ted Russell, some things he’s been a part of may not have been possible.

Give a listen to Walkin’ Shoes. You may be surprised just how good that bass player guy with the curly hair and soul patch you see everywhere is when he steps up to the mic himself.