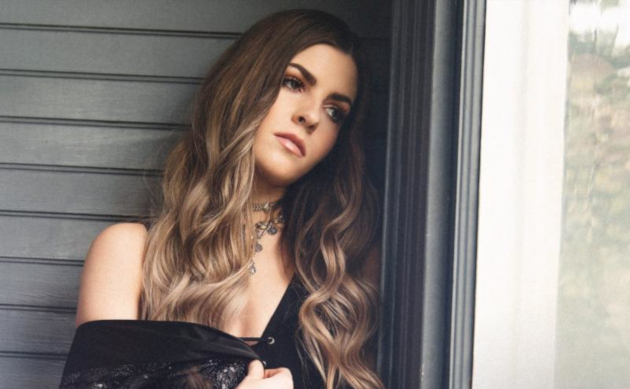 If you’re on the hunt for battle-hardened hockey players or cool country women hitting the mainstream who actually care about a good song and happen to be named “Tenille,” then turn your gaze north of the border. Not to be confused with the Columbia Nashville-signed and Canadian-born Tenille Townes who’s doing her own shaking up of Nashville, Saskatchewan native and Reviver Records-signed Tenille Arts has just released a new record called Love, Heartbreak, & Everything In Between, and the title from this 25-year-old’s second record is anything but deceptive.

Shirking the bubblegum pop sensibilities that seem to sugar coat most of the new “country” music emanating from Music Row these days, Tenille Arts took a year full of spills in a bad breakup, and put them into the 12 songs of this surprisingly deep and smart record with Tenille herself taking a hand in co-writing every track. Originally conceived as a concept of three separate EPs covering the three phases of a relationship, the songs are slyly assembled here in a manner that takes you on the roller coaster of emotional up and downs that accompany a romantic split.

A fair word of caution, though. Don’t roll up on Tenille Arts expecting to hear her tear into a bunch of honky tonk material like the second coming of Tanya Tucker. This album still resides well within the mainstream realm, and that includes a few songs that feature that all-too-disappointing electronic drum start offs before the actual drums kick in. Even forgiving this all-too-common country music faux pas, a couple of the tracks are just going to be too slanted towards radio acceptance for traditional or Americana fans to fall for. 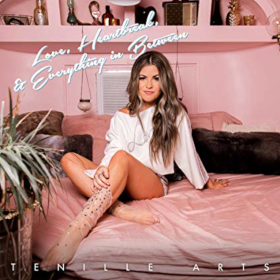 But all of this contrasts against a record that surprises at nearly every turn with the amount of depth in the writing, the building in of acoustic, intimate, and twangy moments, and some real bright production decisions that bring the feelings of the songs to the surface. Sure, some of this is due to setting low expectations of what we’ve grown accustomed to in country pop, but some of it is just due to sheer quality, and heartfelt efforts that execute in capturing the passion of a moment for the ears of appreciative listeners.

You might wonder if you made the right decision in giving Tenille Arts your time when you hear the pulsing entry into the opening song “Somebody Like That,” or the thumping intro to “The Butterfly Affect.” And if these things turn you off, just go ahead and skip over the next to last track of the record “Wouldn’t You Like to Know” entirely.

But if these things are the spoonfuls of sugar that entice a wider audience to ingest songs like the swaying “Slow It Down” with its excellent harmony lines, or the twangy and true “Wild Love,” we’ll take it. The simple arrangement of “Nothing To See Here,” and some really seductive exit points to songs give the voice of Tenille Arts the opportunity to shine—something that so commonly gets lost in the busy layers of most mainstream efforts.

Quality writing also comes to the forefront in songs like “Right Guy, Wrong Time,” and “Call You Names” about the re-evaluating of the contributions of your parents that comes with the wisdom of young adulthood. Where so much of radio country misses the mark by obsessing over youth and delivering canned lines full of club jargon, Tenille Arts and Love, Heartbreak, & Everything In Between find that middle ground between feeling relevant to the 20-somethings, yet mature enough for wide audiences.

We’re still talking about country pop here, so understand that going in. But if it was up to the hardened heart of this jaded gatekeeper, Canadian country artist Tenille Arts would be green carded, fast tracked to country radio, and be sent to roll down on the glitter chicks and dude bros currently on radio like an arctic front or a grizzly defenseman missing half his Chiclets cross checking the other team’s pretty boy superstar into the boards.

Purchase Love, Heartbreak, & Everything In Between

Canada, Chiclets, Love Heartbreak and Everything In Between, Review, Tenille Arts, Tenille Townes