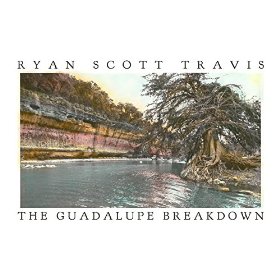 Most country music fans are general music fans first, and then their loyalties revolve around country. If you’re a country fan, you’re likely to also have leanings toward many of country’s offshoots like Southern rock, country rock from folks like The Flying Burrito Brothers or early Steve Earle, and alt-country, bluegrass, and Americana.

But the sector of music that has much in common with country but doesn’t always get its proper due from country fans is the era of country-flavored folk rock that hit a high water mark in the 70’s with artists like America, Jim Croce, Gordon Lightfoot, and David Gates of Bread. Often this music is either overlooked for country folk superstars like John Denver, or diminished because many of the standards from the era went on to become the foundations of “soft rock.” For every “Horse With No Name” there’s a “You Can Do Magic.” But the texturing, the songwriting, and some of the arrangements were just as country as anything else outside of the genre proper. And put together, the 70’s folk rock era in music is a treasure trove of song and emotion.

The Guadalupe Breakdown by Ryan Scott Travis is not a 70’s era folk album. It is a country album with fiddle, steel guitar, some banjo, and songs of heartbreak. But it has just enough of the textures of the country folk era—the melancholic chords, the mild volume, tasteful percussion treatments, and swooning melodies that re-imagine human memory in song. It’s this treatment of country that allows certain emotions to be stirred up in a manner that traditional country just can’t.

Not much information can be found about Ryan Scott Travis when poking around the internet. Apparently he’s originally from Borne, TX—a river town in the Texas Hill Country where like many Hill Country towns, country music is a part of life. Boerne is a town that symbolizes what Texas once used to be, while at the same time being a haven for the affluent of the San Antonio area. According to the music of The Guadalupe Breakdown, Ryan Scott Travis finds his inspiration and much of his life story drifting between central Texas and the commercial country epicenter of Tennessee.

The Guadalupe Breakdown is lost between towns, lost between loves, and told in a musical language lost in time. Excellent songwriting is combined with tasteful, well-crafted arrangements that bring rise to the nostalgic sentiments of acoustic folk, while also delivering essential country ingredients like twangy steel guitar and choruses set in half time. It is the best of both of worlds conjoined together with reverence.

This album’s strength is also its weakness. It gets a little sleepy, especially in the later tracks from a lack of up-tempo songs or sharp edges. Aside from the title track, most everything on this record is a tick slower. It could have used just one more song with a faster beat, or a boot stomper with some more meat on the bones, and then the other songs would have all felt that much slower and sentimental in a good way. But Ryan Scott Travis stays true to himself and his sound, and that deserves respect as well, even if it makes listening cover to cover a little tedious by the end. For the right mood—whether it’s a sleepy Sunday afternoon or a bout of melancholy or nostalgia—The Guadalupe Breakdown fits about right.

Often the lines between what is country, and what is folk is only a matter of perspective, opinion, or what the artist decides to call it. What makes Mickey Newbury country, but Neil Young’s Harvest a folk record? Both folk and country share many of the same foundations, ideas, themes, and instrumentation. The Guadalupe Breakdown illustrates this while delivering songs that can and should be enjoyed by most all fans of roots music.