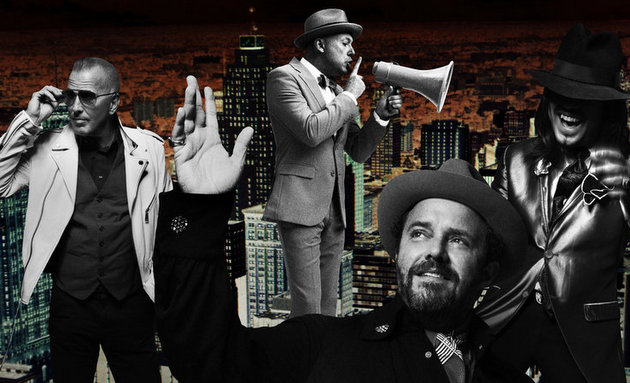 The Mavericks’ comeback album In Time from 2013 is hard to top when looking for a record that is simply a non-stop good time, and it towered over all others in Saving Country Music’s estimation on its way to being named Album of the Year. Raul Malo and the band had ten strong years (not counting solo projects) to let the songs gestate and develop, and when they hit the studio, the result was a cohesive master work that promises to hold up for the listening enjoyment of generations.

But they couldn’t go into the studio with the same approach for their second effort for Big Machine Records’ Valory Music imprint, or they may risk exposing both projects. As much as the seamlessness of In Time was a marquee asset of the endeavor, it didn’t necessarily represent either the diverse history or full capabilities of this band that once could be found winning CMA and ACM Awards for Vocal Group of the Year. Where In Time sat down in this unique Latin vibe with little wiggle room, Mono spreads its wings a covers tremendous ground, acting in some respects like a capstone of this now legendary band’s calling cards and aptitudes.

Listening to the first song from the album “All Night Long,” you might be mistaken that Mono starts off right where In Time ends, but in reality if there’s any one most dominant influence on the new effort it would be Jamaican ska. The style that emphasizes the two and four of the beat is called upon in multiple tracks during Mono. This is a bold decision, seeing how ska seems to have wildly swung in and out of the favor of popular music during its history, defined by three distinct generations by detractors and champions alike, and at the moment the discipline seems to be experiencing a generational drift.

Unfazed, Raul Malo and the boys brush the dust off reggae’s cousin and make it hum once again to the tune of some this new album’s strongest tracks. “What You Do To Me” is ridiculously infectious a mere three seconds in and has you moving and shaking. “Out The Door” and “Sumertime (When I’m With You)” are slower ska offerings that mix with swing influences for a very old-school feel. “(Waiting For) The World To End” felt a little too busy (even though that seemed to be the point), but once again Malo shows that a mastery of ska is well within his compositional grasp. 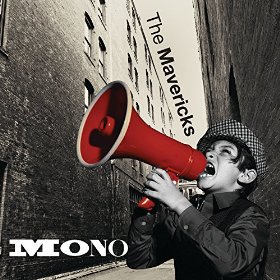 But this isn’t a ska album, or a Latin album. It’s a Mavericks album, and almost like masters of trick shots or music magicians, they move freely from one dominant style to another, while never truly adhering purely to one single mode. “Pardon Me” is every part of an excellently-written classic country song…except for the music itself, subjugating influences from Motown to almost Phil Spector in the production. “Let It Rain (On Me)” is in a similar boat, and though at times the songwriting on Mono feels a tad undercooked, songs like these illustrate not just a mastering of disparate styles, but splendid word craft.

And even when you tell yourself to be on your toes and to expect the unexpected with each upcoming track, The Mavericks still figure out how to trip you up. “What Am I Supposed To Do” is like a classic radio standard that never was. “The Only Question Is” again redefines their latitude with a blazing blues approach, and Malo isn’t just changing up rhythms and chord progressions to enact these wild style swings. Each song starts like a clean slate and asks The Mavericks to be chameleons of sound, shape shifting into these challenging roles from rock to reggae to blues to country.

Much was made of bass player turned rhythm guitarist Robert Reynolds being fired from the band in late 2014 after an opiate addiction had him running potential scams on fans under the false pretense of charity. But any attentive Mavericks fan had already noticed that bass duties had been delegated to the Mavericks outstanding auxiliary section way before the public revelations, and Reynolds was not much more than a figure head strumming a guitar turned way down in the mix for the last while. Though the controversy  may have been unsavory, the core of the band remained sonically unaffected.

While Mono is certainly an entertaining experience, you begin to wonder if it’s a little too spread across the map, and never allows the band to become masters of any domain and hit a more elongated groove beyond one song. I also wanted a little more Eddie Perez. If Raul Malo is one of the most powerful voices of our generation (and he is), Perez is right there with guitar playing. But for much of Mono, he’s relegated to rhythm duties, many times mirroring the meeps of the saxophone in ska tracks. Only on “What Am I Supposed To Do” and the bonus track “Nitty Gritty” is he really allowed to step out.

Even Raul Malo’s vocal efforts seem a little more measured on Mono, while the whole album has that grainy, warm but fuzzy sound of a reel to reel recording. But what the many of the folks that ask where the big voices and towering talents of music have gone these days don’t understand is that one of them is hiding out right under their noses. Raul Malo remains like the last living man with the voice and the presence to absolutely command audiences and attention, and it’s only his stubbornness and humility that keeps his name once more removed from the public eye by insisting the attention be shared with his band, who happen to be masters of their respective disciplines themselves. Keys player Jerry Dale McFadden is much more than colorful coats and ear to ear smiles, and there may be no better drummer at building a pocket in popular music than Paul Deakin.

“Mono,” meaning one, or the starting point, or the basic building block of everything, symbolizes the ability of The Mavericks to start with the germ on an idea, and no matter what the genre, build it into the perfect expression of a given mood.