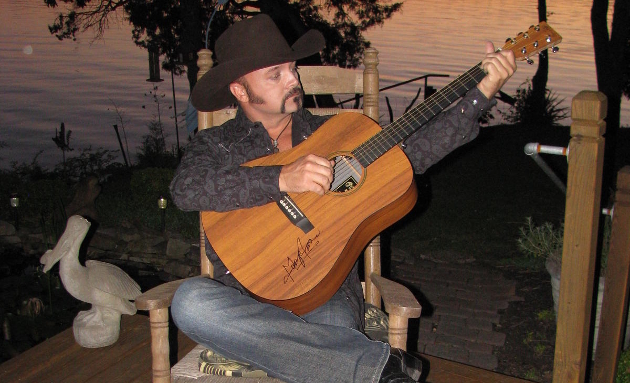 A few years ago, a staunchly traditional country record styled like this would have gone mostly overlooked and disregarded in certain circles. In fact Tim Culpepper’s 2012 record Pourin’ Whiskey on the Pain pretty much pulled that very maneuver, despite the superb writing and the top notch recordings. And it wasn’t just because this pure style of traditional country comes across as fuddy duddy to today’s contemporary “country” fans who expect a little hip-hop style in their tunes, but even for the throwback hipsters who look more towards the 50’s and 60’s, or the Outlaw fans who focus on the 70’s for their inspiration, there may be a little too much starch in the collar of this kind of country for their tastes.

But now that we’re starting to see a lot of the 80’s and 90’s era traditional-style country starting to make a comeback with young artists such as William Michael Morgan, Randall King, Shotgun Rider, and even (gulp) Midland, a new generation of fans are starting to discover the excellence of Alan Jackson and George Strait, and are looking for something similar. An artist like Tim Culpepper all of a sudden comes across as pretty damn cool, even though it’s more the listening trends shifting towards him, instead of vice versa. 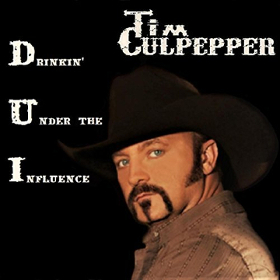 What’s eternally cool about an artist like Tim Culpepper is that he’s always stayed the same, and true to his roots. Don’t expect Tim Culpepper to go chasing anything. In fact what sets his music, his writing, and his style apart is how staunchly he holds on to the traditional sound and spirit of country music. Like Daryle Singletary (RIP), Gene Watson, and others, Culpepper serves up the country straight and true. This is country music that comes with a warning label for how country it is, quite literally.

Performing regularly at the George Jones museum and restaurant near lower Broadway in Nashville, Tim Culpepper serves up the country music most of the rest of Nashville has abandoned. What you get on his latest record DUI (Drinkin’ Under The Influence) is straight-laced traditional country at its finest, full of steel guitar and twang, and embellished with quality writing, like the opening number “Drove Her Away” which feels like an instant classic.

How to serve traditional country without cutting the sauce or steering off track and still make it compelling and original is a challenge, and one Tim Culpepper rises to on DUI. From the heartbreak of “She Only Loves Me” to the true to life “Daddy’s Old Guitar,” Culpepper keeps it interesting throughout. But the theme he keeps coming back to again and again is the importance of true country music, and sticking to your roots. The “Under The Influence” is a double entendre for alcohol and authentic country roots, and both are cited in ample doses on these eight tracks.

If anything, the negative to draw from DUI is how often Tim Culpepper drops the names of legends in these songs, or references country song titles in the lyrics. Also the final song “Take Our Country Back” does what numerous other traditional country songs have doe recently, which is draw a parallel about the state of country, and the state of the United States, which is fair to point out is getting political, and can be polarizing. But Culpepper makes many of these things forgivable by being a great singer, delivering these songs so well, and keeping them compelling.

The beauty about traditional country is that it’s imperceptible to trends, and immune to their fickle moods. Like a good pair of jeans, true country music will always be in style. It just happens to be that Tim Culpepper and DUI (Drinkin’ Under The Influence) came along at a time when it’s a little more in style than others.