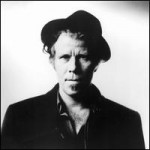 I’m not going to waste any time here trying to explain who Tom Waits is for those who don’t know, or trying to convince anyone who is not a Tom Waits fan that they should be, aside from saying that if you find yourself saying, “I got no use for tinkling lounge music” or “why does he have to scream all the time?”, then you simply haven’t found the right Tom Waits era yet to explore and appreciate. And if you have spent a good amount of time at the hands of a pushy music nerd like myself acting as tour guide through the Tom Waits discography and still wrinkle your nose at his name, then my explanation would be that you’re just not ready for him. I do think that Tom Waits is one of the most influential, if not the most influential artists in music in our generation, but if you don’t have the stomach for his music, then I don’t have the stomach to fight you about it.

One of the most pressing questions I’ve seen about his music in the context of his new album Bad As Me is if it should be considered “roots” or “Americana.” 7 years ago, when Waits put out his last real original album, I would have probably said no, but loaded with qualifiers for certain songs and projects, and a lengthy diatribe on his undeniable influence on modern roots. Then again, 7 years ago, there was no country music underground, and little real structure to Americana. Today my answer would be “absolutely”, though this really is not a reflection on Bad As Me or Waits in general whatsoever, more a symptom of the broadening of independent roots music structure as all popular music gets sucked into one big mono-genre. And of course, as all Tom Waits aficionados know, Waits is too good, too powerful and influential to pigeon hole, and creates his own genre through peerless creativity. Call him the incarnate of the history of American music.

As for Bad As Me, it is excellent. And don’t just peg me as a rubber stamper of anything Waits puts out. I have every single album Tom Waits has released and will sing his praises to anyone who will listen, but some of his albums I will not touch. I mean I won’t even cherry pick songs off of them. But if I was compiling my 20 favorite albums of all time of any genre, Tom Waits would make multiple appearances. Granted, Bad As Me would probably not be one, but the dude is 61-years-old, and for him to put out an album that is still this original and energetic is simply inspiring. 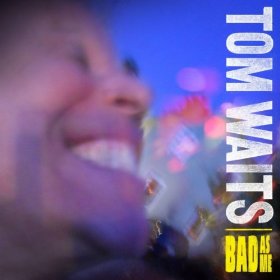 Tom Waits isn’t just an influence in music, he is an influence in language. Like Shakespeare, his writing spurns the generation of idiom and colloquialisms. He teaches through character and preaches through subtly, and you are a better person from listening, though the veil of sheer visceral musical enjoyment is never lifted. Waits can sing from the perspective of a backwoods lunatic, a child, and a woman in three consecutive songs, with each song progressively speaking deeper to the soul than the next. He’s a master of character and perspective, who happens to ply his craft through music.

This might be Waits most preachy and political album to date, though he keeps the opinions devoid of four corners so the music and the message remains accessible. The album starts off with the very fun and quick “Chicago”, and then launches into two very poignant and well-timed songs, “Raised Right Men” and “Talking At the Same Time”, imparting high-brow wisdom through low-rent language as only Waits can do.

The music throughout the album is very Waits-esque, the blending of blues and jazz and Vaudeville macabre with dalliances into industrial like with the “Bad As Me” title track, but what impressed me is with nearly 20 albums of material to refer back to, really none of the music came across as predictable, save for a few turns here and there, though it stayed very close to the comfortable and recognizable Waits style. He stays away from the “BOOM – AK!” groove that wore out over his later albums, and he has a lot of fun rhythms, like the boogie-woogie feel of “Get Lost”. Even the Latin-style “Back in the Crowd” (using a Latin-style song to spice up an album has long been an SCM pet peeve) was redeemed by the lyrical performance.

“Face To the Highway” proves that Tom’s fountain of creativity is still flowing at an unfair pace. It may be his best penned song in years, while “Talking At the Same Time” may be his best vocal performance in the same period. “Hell Broke Luce” communicates that he still has the fire boiling deep inside, and adds another solid chapter to Waits’ growing list of soldier songs.

What can I say, it’s Tom Waits, and he’s better than everyone else. It’s pretty much unfair and bullshit, but that’s just the way it is. All other artists, back to the drawing board with you.

There has never been another artist worthy of the title of “transcendent” than Tom Waits.

Preview & Purchase Tracks from Amazon (only $5.99)

Bad As Me, Tom Waits